Former French Open winner Roger Federer has pulled out of his fourth-round match at Roland Garros due to injury concerns. Having spent the last year recovering from two serious knee surgeries, Federer has only recently made a return to the ATP circuit. But following the advice of his trainers, the Swiss superstar has chosen to withdraw from the French Open in order to prevent aggravating his knee.

It is no secret that Federer’s underlying aim coming out of his injury was to be fit and competitive for Wimbledon. Federer truly loves Wimbledon and the Wimbledon crowds love him. Of his twenty major victories, eight have been won on the Wimbledon turf. By comparison, Federer’s sole French Open victory came in 2009 and, with Nadal still dominating on clay, the Swiss will have been astutely aware of his slight chance of victory in Paris. Wimbledon by comparison is Federer’s second home; it is a competition where he has won more men’s singles titles than anyone else in history.

Roland Garros provided Federer with invaluable on court action which had been severely lacking of late – prior to the French Open, Federer had only played three matches in 16 months. Then on Saturday evening, a third-round match against Dominik Koepfer in Paris gave the former number one more problems than expected. The contest was far from easy with the German pushing Federer to play four lengthy sets which included three tiebreaks. The length of the match did little to appease Federer’s injury concerns and, with ninth seed Matteo Berrettini waiting for the Swiss in the fourth round, the strain was not about to ease up.

Rather than face a tough opponent in Berrettini, Federer and his cohort have shrewdly decided to call it a day in Paris. In truth, I think Federer had little chance of beating Berrettini and even less of a chance of beating a potential opponent and current world number one Novak Djokovic in the subsequent round.

Federer is not the only high-profile player to prioritise grass tennis. Former Wimbledon champion Andy Murray, who has also been marred by injuries lately, decided to miss the Paris majors and devote his efforts to the grass-court season. Whether Federer and Murray can still compete at a high level is yet to be seen but their off-court decisions have been motivated heavily by a sense of self-preservation. This will unquestionably aid their efforts at Wimbledon and let us also not forget that Federer was last seen at Wimbledon in the men’s final, one point away from the championship (Djokovic went on to win the contest). Just like Nadal on clay, Federer on grass just feels right.

In the meantime, with Federer out of Roland Garros, Berrettini stands to potentially face Djokovic in the quarters. With this, there is still the scintillating possibility that Djokovic and Nadal face off in the semi-finals. Theirs is the biggest tennis rivalry right now as both men are still competing at the highest level, well into their thirties.

On the other side of the draw a tasty matchup has already taken shape with second seed Daniil Medvedev set to play against fifth seed Stefanos Tsitsipas in the quarter finals. The winner of that content will likely be the player who reaches the French open final. Even with Federer gone, the men’s competition in Paris is still packed with talent and promises some brilliant tennis in the week to come. 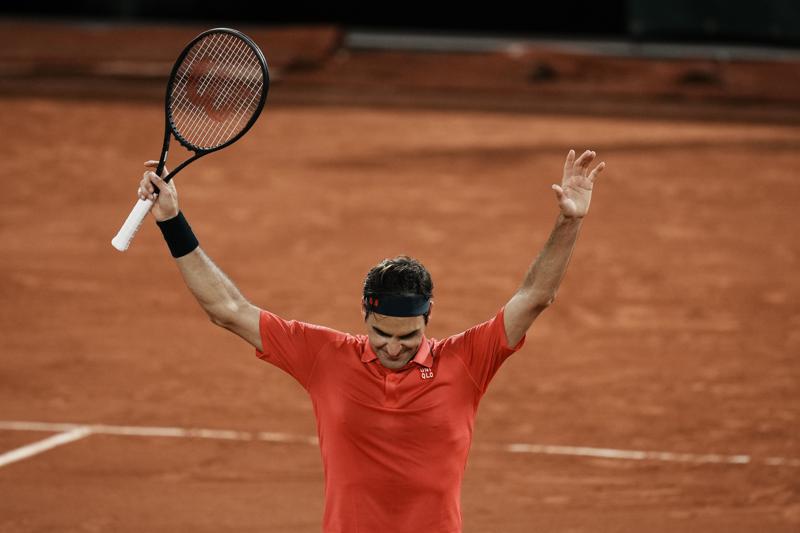