The spotlight may be firmly on State of Origin with the first game to be played this Wednesday, but there was plenty to enjoy in a shortened Round 13 of the NRL season. While half the clubs enjoyed a bye this weekend to ease the burden of tired and unavailable players, the rest had a chance to show how they could hold up without some of their best stars.

The round saw the massively under-strength Penrith Panthers’ winning streak end at the hands of one of several teams desperately chasing some momentum in their season. Elsewhere, the Broncos and Knights had nights to forget while the Storm continued their run of form against the unfortunate Titans.

It’s a case of déjà vu for the Brisbane Broncos. Another change in the halves, and another game with a promising start that soon turns sour.

This time they were scoring first and early, exchanging the lead with St. George Illawarra multiple times in the first half. The young gun TC Robati had an outstanding showing, assisted by Albert Kelly to produce the first two tries of his NRL career. However the majority of the second half was one-way traffic to the Dragons, led by Matt Dufty’s speed as they piled on 28 unanswered points.

Fellow second-half strugglers the Canberra Raiders will be Brisbane’s opportunity to at least post another win on the board. It may go on to finally spark a run of good form but there’s no telling with such a hot-and-cold side.

There’s never a better time to play a side in such form as Penrith have been than shortly before a State of Origin match. With seven Panthers away on representative duties, the less affected Wests Tigers took full advantage for a convincing win.

And the Tigers home crowd loved every second of it. Wests supporters made their voices for a hostile atmosphere throughout, largely targeting Panthers and former Tigers coach Ivan Cleary. On the field, the under-strength Penrith outfit struggled to keep up as an obstruction call denied their first attempt to score and a high shot handed the Tigers one of theirs. Daine Laurie and Jacob Liddle played a large part in the Tigers’ victory, the latter running 90 metres for a try after picking up a grubber off the boot of Dylan Edwards.

The electric atmosphere at Leichhardt Oval proved a strong indicator of Wests’ fortunes looking right up now, considering a crowd at the same ground had booed their own side just two months ago. They mustn’t get ahead of themselves though – Full-strength Eels, Storm and Rabbitohs outfits await.

Back on the Sunshine Coast after COVID concerns at home, the Melbourne Storm had a chance to come back within striking distance of top spot on the ladder against Gold Coast. The Storm were still down several players through injury and Origin selections, but showed why they’ve been the team to beat for so long with gritty defensive efforts.

Neither side had a good night out – Melbourne conceded more than twice as many penalties as Gold Coast did, while the Titans wasted their advantage in possession with a slew of silly errors. Greg Marzhew opened the scoring for Gold Coast off an offload from Patrick Herbert, before the Storm took the lead and stayed there with three straight tries. Brandon Smith was instrumental with a try and an assist, while Nelson Asofa-Solomona was destructive with several hard tackles.

With a converted try the margin and on the stroke of full time, the Titans scrambled to try and score one last try to even it up. But a shocking pass over the sideline scuppered the effort, condemning Gold Coast to a continued slide down the ladder.

Newcastle would’ve loved to follow up their surprise win over the Sea Eagles with a convincing win against Parramatta on the Knights’ Old Boys Day. But the Eels spoiled the party from the outset, with try after try after try.

Eels on both sides of the field saw some action with the ball with most players having a hand in the crushing of the Knights. Parra had already clearly won with a 22-0 scoreline at half time, but they weren’t done as Bryce Cartwright and Tom Opacic carried the momentum deep into the second half. However a shoulder injury to Reed Mahoney soured the win for the Eels, with the hooker expected to be out for the next couple of weeks.

A late try to Newcastle’s Enari Tuala prevented a whitewash of the scoreline, but the Knights have hit their lowest point so far this season. They must still contend with South Sydney next week before a run of potentially winnable match-ups comes their way.

Last year, the “worst Queensland team in 40 years” shocked many when they overcame the New South Wales Blues in an historic series win. This year, the odds are against them again, although the crowd certainly won’t be until Game 3.

With the Melbourne Cricket Ground unable to host this week’s first game of the series due to the ongoing COVID-enforced lockdown in the city, the match has been moved to Queensland Country Bank Stadium in Townsville, deep within Maroons territory. Excluding the exhibition match taken to California in 1987, this will be the first Origin game outside an Australian state capital.

The Penrith Panthers have been rewarded for their form this year with six players granted a blue jersey, including three debutants, and another to play in maroon. NSW can expect Jarome Luai and Nathan Cleary to continue their winning partnership in the halves, while Brian To’o is a welcome addition to the left edge. The Blues have been spoiled for choice elsewhere: Latrell Mitchell and Tom Trbojevic are primarily fullbacks but will play in the centres where they’ve performed strongly in Origin in the past.

Queensland and the new coach Paul Green have had plenty more to worry about this past week. Kalyn Ponga has been ruled out through injury, with Valentine Holmes to play fullback and his Cowboys teammate Kyle Feldt to debut on the wing. Cameron Munster and Harry Grant are cleared to play, but the Maroons will be sweating on their fitness with injury having kept both from playing in the NRL since Round 9.

NSW are the favourites to win the game and the shield, but 2020 showed that the Maroons shouldn’t be written off. And with a packed crowd made up almost entirely of Queenslanders expected for Townsville, they’re sure to be emboldened. 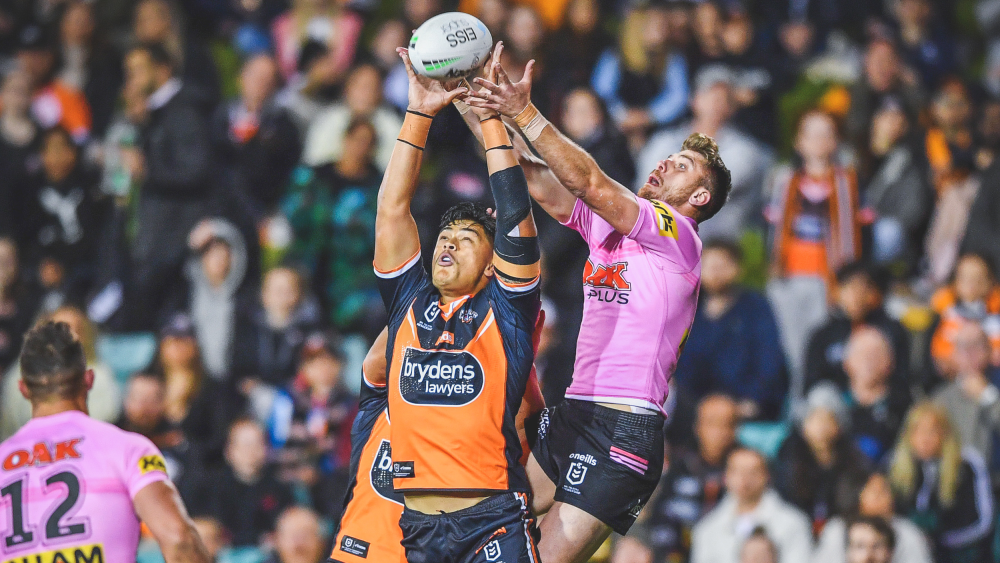