Aaron Jones ran for over 100 yards and a touchdown in the first half alone, tallying 158 total yards on the game. Green Bay ran for 195 yards on the ground, leading the Pack to a 21-3 lead at halftime.

Green Bay started off the scoring early, as Aaron Rodgers hooked up with Robert Tonyan for a touchdown on their very first drive. Rodgers followed it up the next drive with a rushing score. All total, Rodgers threw for 143 and a touchdown, while adding 26 yards and another score on the ground.

On the other sideline, Teddy Bridgewater had himself a solid outing, bringing the Panthers back from the brink to challenge the Pack. Bridgewater threw for 258 yards, adding 26 and a score on the ground. His connection with DJ Moore was strong, as the two hooked up six times for 131 yards.

The real story of the day, however, was how well both teams swarmed the opposing quarterback. Brian Burns and Derrick Brown led the charge for the Panthers, recording four of the team’s five sacks on Rodgers. He had only been sacked twelve times previously this season. Carolina added another seven tackles for loss, as they were applying pressure in the backfield all day. They have really shown brightly in the third quarter, holding the Pack to 16 yards.

Green Bay’s line was also able to bully this game. Their pressure led to three sacks, four tackles for loss and seven defended passes. Za’Darius Smith was dominant, registering a tackle for loss, a sack and defended pass.

The Packers took control of this game with eight and a half minutes to go in the fourth quarter. Carolina had just kicked a field goal to cut Green Bay’s lead to a single score, sporting ten unanswered points. At this point, Rodgers took over and led the Pack on the drive they needed. He got several weapons involved, including three completions to his favorite target, Adams. The drive was eventually cut short by a Burns sack, but Mason Crosby was able to drain a 51-yard field goal. This two-score lead with four minutes to play was too much for the Panthers to overcome.

The Packers hold on to defeat the Panthers, 24-16

Buffalo’s ground game was equally as impressive, rushing for 182 yards. Zach Moss handled the main workload, collecting for 82 of them, while Devin Singletary ran for 68 yards, including a 51-yard touchdown run to close the game.

The Broncos defense could not handle the Bills statement game. All total, they gave up 41 points, including five touchdowns and 541 yards.

The Bills defense was equally as dominant, as they turned the game into a blowout less than five minutes into the third quarter. The Broncos were down by two scores after the Bills led off the second half with a touchdown. On the very first play of this drive, Tre’Davious White raced through on a cornerback blitz, sacking Drew Lock and forcing a fumble.

This fumble was immediately scooped up by Jerry Hughes, who weaved his way through the Broncos offensive players to score on a 21 yards return. Though the game was barely halfway over, but the Broncos were already finished.

The Bills destroy the Broncos in a statement victory, 48-19 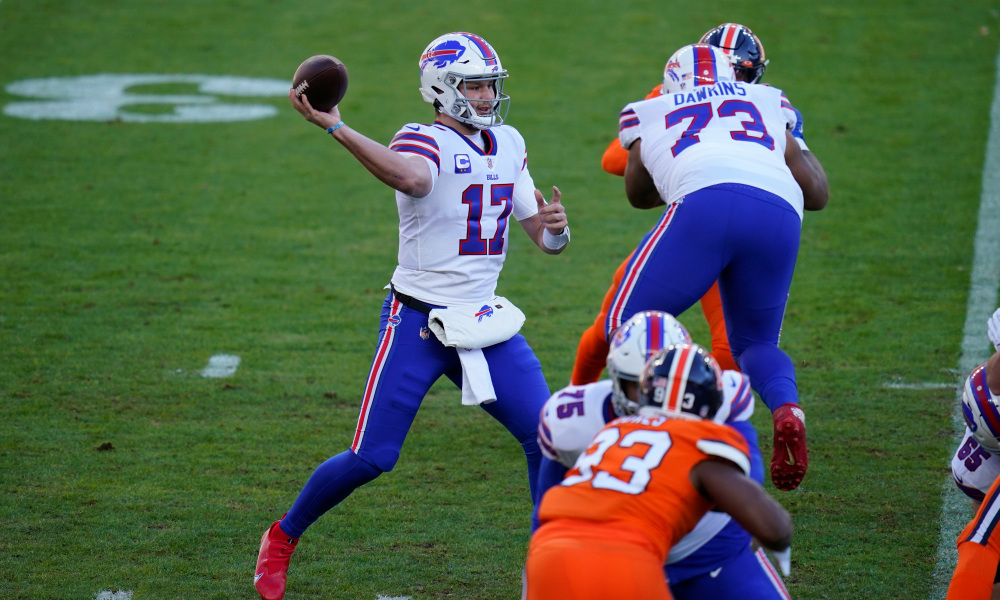