To start off this NFL post season, the first game is between arguably the two worst teams in the postseason. Outside the quarterback position, Arizona’s roster almost mirrors their rivals in their division, Seattle and San Francisco. Drew Stanton however, is a drop from Colin Kaepernick and Russell Wilson. The whole NFC South division has been a joke and undeserving of a playoff spot, let alone hosting a game.

While the Cardinals have lost the last two games of the season, losing out on the division, home field advantage, and a bye, the Panthers bounced back from their six games losing streak with a four game winning streak to win the division. This includes a 34-3 thrashing of the Atlanta Falcons last week. The Panthers team of the last month mirrors the 12-4 Panthers team of last year.

You can keep your Seattle and San Francisco, Pittsburgh and Baltimore are the best and most competitive rivalry in the league. The teams are evenly matched up, splitting the past twelve games over the past seasons. Both have won championships and produced memorable match-ups. The question of the game is simply, can Pittsburgh win the game without Le’Veon Bell?

Bell has been part of a powerful Steelers offense, and along with QB Ben Roethlisberger and WR Antonio Brown, have produced arguably the best “back” trio in the NFL. To make matters worse for Pittsburgh, Baltimore Ravens’ All-Pro Defensive Tackle Haloti Ngata is playing after serving his four game suspension. Originally, I felt that without Bell, Baltimore was about to win the season series. Then I looked at Bell’s stats from the games.

In two games this season, Bell rushed for a total of 79 yards, and only one touchdown. The star of Pittsburgh’s games against the Ravens was Antonio Brown, who average nine receptions, and 117 yards in the games. The way to beat the Ravens is through the air, not the ground, so Bell was limited for their match-ups. The Steelers passing game has looked like last year’s Broncos’, and that is the biggest weakness for the Ravens. Pittsburgh 27, Baltimore 23

In his eleven years as the Bengals head coach, Marvin Lewis has as many playoff wins as myself. Zero. However, with Andy Dalton as his quarterback, the Bengals have made four straight postseason appearance, compared to only two prior to Dalton’s arrival. In only three season in Indianapolis, Andrew Luck has already led the Colts to their third straight postseason appearance, as well as a victory in the 2nd largest comeback in NFL Postseason history.

In October, the Colts shutout the Bengals 27-0. The Bengals didn’t have wide receiver A.J Green that game, and are expected to lose Green again with a concussion. For the Colts, wide out Reggie Wayne has gotten 100% healthy from last year’s ACL injury, but has lost running back Ahmad Bradshaw. Despite this factor, the Colts have more than enough rushing power with their multiple backs.

While the two games before this I expect to be close, or at least interesting, nothing about this game I expect to be close. The Colts have home field advantage, the better overall team, and a quarterback that has and will put up big numbers for the game. As much as I personally like Marvin Lewis, being the longest tenure minority coach for a single team in NFL history, and being the defensive coordinator for the historically great Baltimore Ravens defense, this might be the final nail in his coffin. Indianapolis 34, Cincinnati 20

To end the NFL Wild Card round, we see the Cowboys return to the postseason for the first time in six years. Led by MVP candidates Tony Romo and DeMarco Murray, as well as the best offense line in the NFL and a receiving core of Dez Bryant, Jason Witten, and Terrence Williams. Detroit hasn’t been in the postseason in four years. Their team includes the top rushing defense in the league and 1,000 yards receivers Calvin Johnson and Golden Tate.

I would like to say that the second games being played on both Saturday and Sunday are definitely the best games of the week, and I expect this one to be the highest scoring. With stars on each sides of the offenses, and despite the Lions’ strong defense, four of their past six weeks saw them give up more than thirty points.

In the end, I expect the Cowboys to win their first postseason game at Jerry World. However, I expect that this to be the highest scoring game of the weekend. These are two passing offense that can put up big numbers and points. Go home defense, this will be one high scoring game. Dallas 38, Detroit 34. 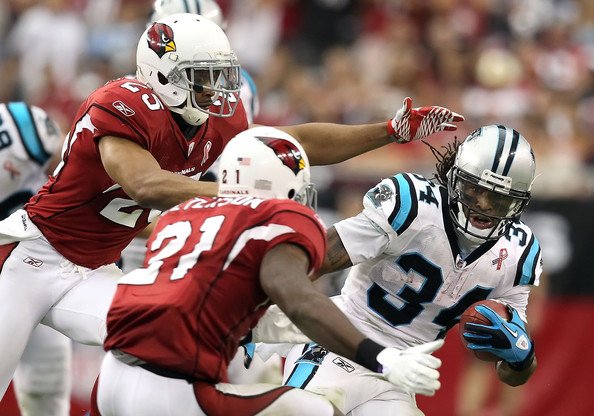