Wimbledon, for so long the bastion of tennis tradition, is doing the unthinkable: it is abandoning tradition.

The only tournament where the ambience resembles a Victorian garden party, the players still wear regulation white, and even the officials exude sartorial elegance in their retro Ralph Lauren outfits, is going to change. It’s scrapping its traditional rest day on the middle Sunday.

Wimbledon is the sole Grand Slam to incorporate a rest day within its schedule but will come into line with the other three Slams from 2022.

In the 143-year history of the tournament, play has only taken place on the middle Sunday four times – in 1991, 1997, 2004 and 2016 – due to massive backlogs of matches caused by severe rain delays. With the majority of tickets available to the general public on the day (except 2016, when they went online), it helped generate a raucous, football-style atmosphere, leading to the unique occasion being dubbed ‘People’s Sunday’. 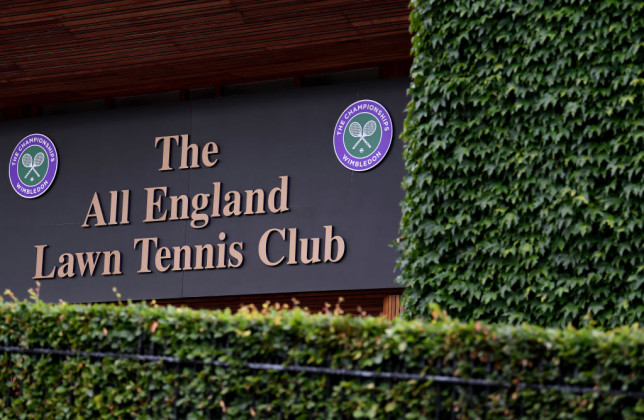 News of the change was unveiled at the annual All England Lawn Tennis Club’s Spring Conference on Tuesday. The change will commence in 2022 to celebrate the centenary of the tournament’s move to its present-day site on Church Road from its original Worple Road location.

AELTC chief executive, Sally Bolton, stated: “Over time Wimbledon has continuously evolved to meet changing demands and behaviours of our fans – always changing, always staying the same is something we talk about often.”

She continued: “We want more of this wonderful event to be available to more people around the world to share in the joy of the Championships. Including Middle Sunday permanently in our schedule will allow us to do just that and become a new tradition which we hope we can become immensely proud of.”

The usual reason cited for not playing on the middle Sunday was to allow the always-deteriorating condition of the grass to recover sufficiently for the second week. However, evolving technology and modern methods have now made this possible.

AELTC chairman, Ian Hewitt, said that thanks to “improved grass-court technology and maintenance over the past five years or so and other measures, we are comfortable that we are able to look after the courts, most particularly Centre Court, without a full day of rest.”

He added: “The steaming process that we have introduced has seen better wear tolerance in the grass plant and will be something we continue to invest in.”

The addition of an extra day’s play will mean the end of the so-called ‘Manic Monday’ – the first Monday of the second week when all fourth-round matches take place on the same day. This has necessitated the women playing their quarter-finals the following day with no break in-between, unlike the men, who play their quarter-finals on the Wednesday.

The last-16 matches will now be spread across the Sunday and Monday which, Bolton assured, will lead to more quality matches and give fans the opportunity to watch more of the action.

While there will no longer be spontaneous play on the middle Sunday, Bolton said Wimbledon wanted to find ways of preserving some of that atmosphere and would be conducting a fan survey to gauge public opinion.

Wimbledon tickets are usually the preserve of the rich, the famous, the well-connected and the corporate schmoozers, but on People’s Sunday they have gone to the commoners, the plebs, the oiks – aka real, hardcore, passionate tennis fans. Between 20,000 and 30,000 tickets were put on sale at the gate (except 2016, when they were sold online), making for a carnival atmosphere where polite reserve was swapped for uncurbed enthusiasm and joyful Mexican waves. 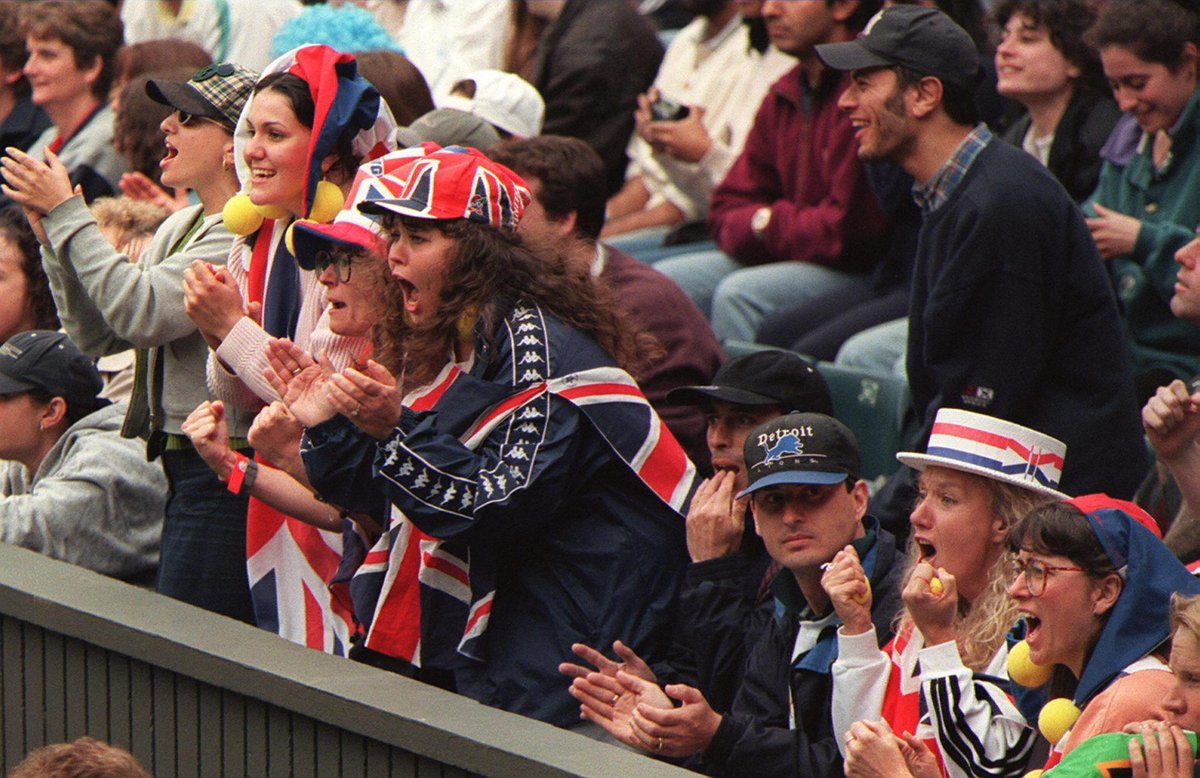 The most memorable of the four People’s Sundays took place in 1997 when Henmania descended on Centre Court. Back then, Britain hadn’t won the men’s singles title for 61 years, since Fred Perry had won wearing long-trousers, and Tim Henman was the great British hope. A graceful, classical serve and volleyer with soft hands, he lacked the massive power serve – and, possibly, ruthless mentality – that was prerequisite in the era of super-fast grass.

But what he lacked in power, he made up for in heart. Playing his delayed third-round match against stubborn Dutchman Paul Haarhuis, the 14th seeded Englishman gave the fervent, flag-waving fans on Centre Court, who had queued diligently for hours to be there, a day to remember, getting embroiled in a gripping five-set, four hour, heart-stopping, gut-wrenching thriller that ended 14-12 in the fifth.

At 4-5 down in the deciding set, he faced match point on the Haarhuis serve. With the umpire struggling to control the cacophonous, partisan crowd who were willing Haarhuis with their every sinew to fail, the Dutchman double-faulted – twice – to unbridled roars of relief.

The traditionalists may have baulked at the shameless cheering of a double fault, but the fans were simply thrilled their home favourite had survived. On a crescendo of fist-clenching encouragement and frenzied screams of ‘Come on, Tim!’, Henman finally triumphed 6-7 (7-9), 6-3, 6-2, 4-6, 14-12, in match he might have easily lost without the strident support of the crowd.

Henman said he could not have imagined a better atmosphere in all of sport. “From the start, the noise was at a totally different level. To have virtually all the spectators in Centre Court screaming your name, I don’t think I’ve ever experienced that before.”

Clearly keen to replicate that magical moment, he treated his adoring fans to another exciting, nerve-jangling comeback during the following People’s Sunday, in 2004. Taking on Morocco’s Hicham Arazi this time, he again found himself in trouble and relying on the buoyant home support to help him out.

After turning the match around to win, Henman called the fans “absolutely phenomenal.” He declared: “They were true fans out there…When I was 2-0 down in the fourth set, the crowd definitely kick-started me again, and helped me to win the match in four sets.”

The occasion was just as pleasurable for the then first-time defending champion, Roger Federer, playing on Centre Court, who called it “big fun.”

The ‘fun’ had started back in 1991, when the astonishing sight of cheering fans doing Mexican waves on Centre Court, with even the Royal Box joining in, had Jimmy Connors asking: “Where have they been?” Even though Connors lost to fellow-American Derrick Rostagno, he loved the uninhibited atmosphere, wistfully proclaiming: “It was my kind of crowd. I wish it had been like this for the last 20 years.”

In 2016, play had to be scheduled for the middle Sunday for a fourth, and what will now be the last, time, despite the presence of a roof on Centre Court, due to a backlog of matches on other courts. There was no stampede at the gates as all the tickets were sold online, but so insatiable was the demand that all 22,000 tickets were sold in less than half an hour, with 111,000 people trying to acquire tickets on the Ticketmaster website. 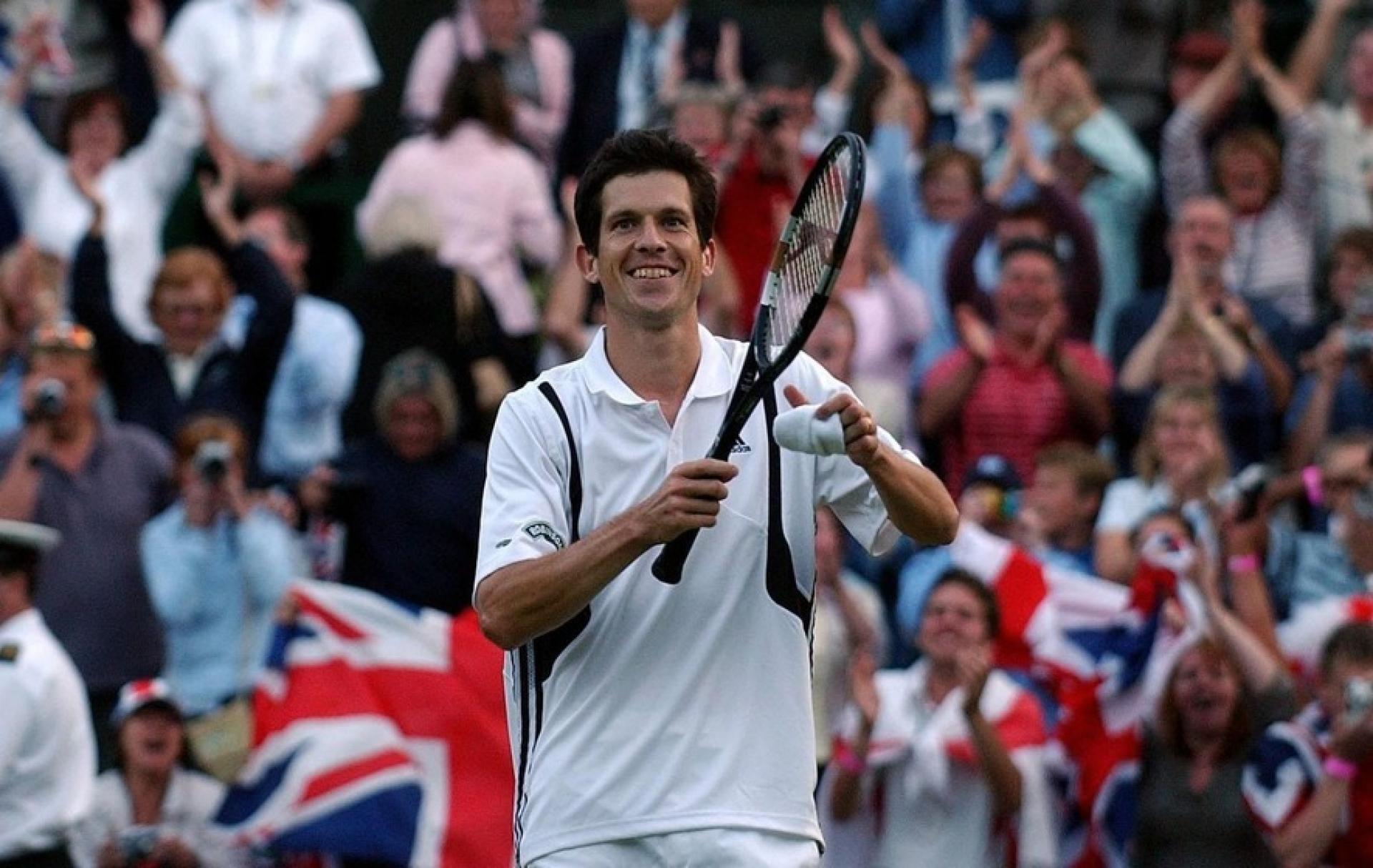 Speaking on the eve of play in 2016, Henman reflected on his previous People’s Sunday experiences: “The matches I played on Middle Sunday at Wimbledon, they were played in two of the best atmospheres of my career. It was just so different.”

So could there now be a People’s Sunday every year?

After winning his match in 2004, Henman declared: “They should do this every year. When I’m chairman I’ll bring it in.”

Henman is now a member of the Wimbledon organising committee, so maybe he was an influencing voice in the decision to have play permanently on the middle Sunday. If so, then perhaps the concept of a People’s Sunday every year can become a new Wimbledon tradition to kick start the next one hundred years of the Championships. 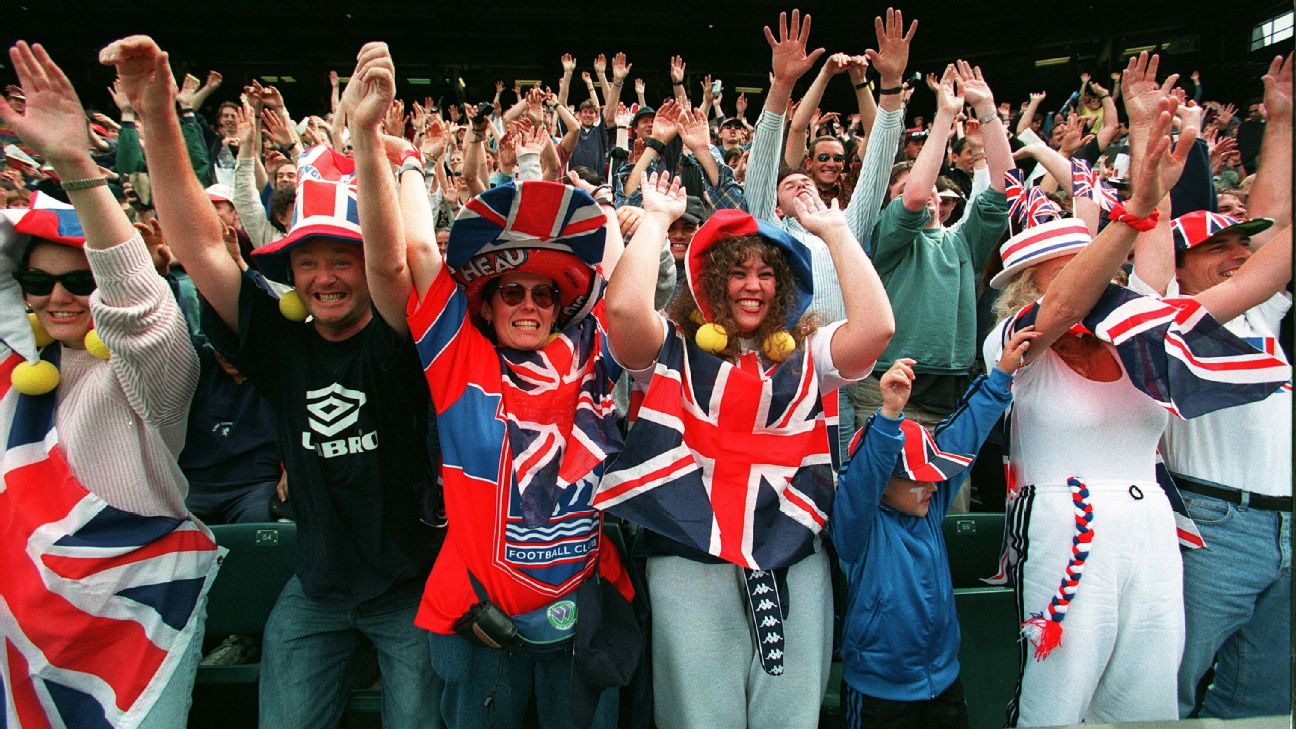