Leinster will be without talismanic skipper Jonathon Sexton this weekend for their Heineken Champions Cup clash away to La Rochelle.

After suffering a knock to the head, Ireland’s national team captain was substituted early in Leinster’s semi final victory away at Exeter. He was replaced by Ross Byrne, who impressed against the Chiefs, and will be in line to start at the Stade Marcel-Deflandre. Leinster face a star star studded La Rochelle side who will be looking to reach the first European Champions Cup final in the clubs history.

The semi final was Sexton’s last opportunity to impress Lions coach Warren Gatland, who will announce his tour squad for South Africa this summer on May 6th. The Irishman’s performances have been up and down in recent years. Injury prone and targeted by opposition back rows when fit, Sexton has been battered and bruised, and as such has spent a considerable number of games on the sidelines.
Nevertheless, in this years six nations, particularly the game against England, Sexton demonstrated that he is still more than capable of mixing it at the highest level. Coupled with this, the fly half has represented the Lions on the previous two tours, earning himself 6 test caps and steering the tourists to a series victory and a draw from one of the most pivotal and challenging positions on the pitch. The combination of Sexton and Farrell back together at 10 and 12 would be a daunting prospect for any opposition.

However the issue still remains, that even if Sexton can get fit in time to make the tour, what condition will his body be in by the time the first test comes around? This will be at the forefront of Gatland’s mind ahead of selection.

In addition to his own personal battles, Sexton also faces stiff competition from the other half backs in the British Isles. Dan Biggar has been in mesmeric form for Northampton and looks to be a shoe in to make the tour squad. Owen Farrell is also likely to make the cut based on past performances and his fabled leadership qualities, which Gatland will have already witnessed first hand in 2013 and 2017.

Unless Farrell is selected to cover centre, that only leaves one remaining slot at fly half. Given the structure of the coaching staff which is now heavily weighted in Scotland’s favour, the final 10 spot looks set to go to Finn Russell. Despite not having had the best six nations, Russell offers Gatland something completely different to his other fly half options. A place on the bench for Russell would give the Lions an exciting alternative if the game against the springboks isn’t going according to plan.

On another occasion, the thought of taking Biggar, Farrell, Russell and Sexton may have been tempting, especially given the vast array of skills and experience that they all bring to the table. However in this instance, Gatland may decide that he wants more options at Centre in order to trial a range of combinations ahead of the first test on 24th July at FNB stadium against the Boks.

Of course, we won’t know Sexton’s fate until the announcement next Thursday. There will be more than a few people eagerly awaiting Warren Gatland’s decision.

Do you think Sexton should go on the 2021 Lions Tour to South Africa? Please comment below with your thoughts about who should go in the fly half position. 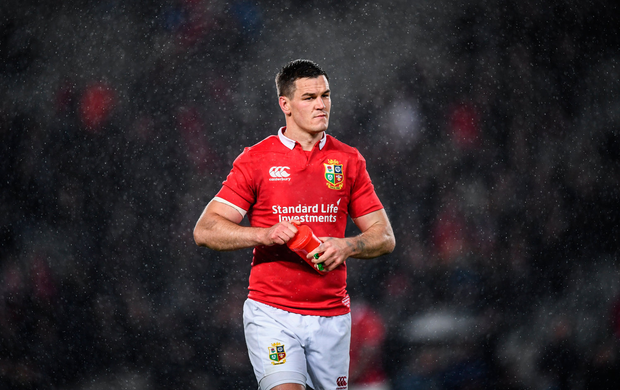