The controversy generated last weekend by the NRL’s crackdown on high contact has carried over into Round 11, with a record 17 sin bins handed out across the eight games. The NRL again came under fire for alleged inconsistencies, and some critics have suggested the measures could be encouraging milking for penalties and contributing to the trend of predictable blowouts this season.

Yet the weekend still saw some surprise victories and hard-fought thrillers, including a golden point finish in Sydney’s southern derby. Queensland had one of its best rounds in a long time amidst ongoing expansion discussions, as the Broncos scored a major upset and the Cowboys and Titans held off their opponents to keep in the mix for the top eight.

North Queensland are at their best so far this season, the Cowboys having held off the Newcastle Knights for their fifth win from seven games.

But the win didn’t come without a massive first-half scare: Following a 16-point lead thanks largely to Murray Taulagi’s efforts on the left edge, two Cowboys were sin-binned within five minutes of each other for high contact. This left them temporarily down to 11 players on the field and Newcastle took full advantage. By half time, the Knights had equalised the

Newcastle briefly saw the lead in the second half before the Cowboys fought back. Taulagi completed a hat-trick to even it up again before Scott Drinkwater combined with Valentine Holmes to break apart the left edge again. The Knights wouldn’t score again and struggled on their own line, with a messy kick return attempt inviting Mitchell Dunn to score. Cowboys debutant Heilum Luki rounded out the victory, coming off best in a one-on-one against Brodie Jones.

The Cowboys’ impressive showing leaves hope of a top eight finish if they can sort out disciplinary issues. They’ll aim to keep the momentum going against the Warriors next week before settling down during their bye.

Like the Cowboys, the Warriors felt a temporary disadvantage with two sin bins of their own but held on to defeat Wests Tigers by a much closer margin.

Talented youngster Reece Walsh had another impressive performance, passing long to set up two tries in the first half before finding the line himself down the right edge. Captain Roger Tuivasa-Sheck settled into the wing as he received one of Walsh’s assists and helped Jack Murchie over. However a poor conversion rate from Kodi Nikorima left the Warriors just eight points ahead at half time.

Wests had their own struggles in attack following David Nofoaluma’s early second-half try. During the twenty minutes in which the Warriors were down a man, the Tigers only managed two penalty goals off the back of both sin bin offences to creep just in front. The Warriors found a six-pointer in the same period of time as Wayde Egan pounced on a grubber from Nikorima in the in-goal, and a try apiece in the final ten minutes sealed the result in New Zealand’s favour.

Wests next face St. George Illawarra, one of only two teams they’ve already defeated so far this year.

Despite a majority of possession, the Cronulla Sharks had a rough night as numerous errors and dogged Dragons defence kept them from storming to a clear lead. The only try of the first half went to Connor Tracey who dived into the right corner. St. George Illawarra fared no better with Paul Vaughan the first to face a sin bin, but held on and saw Cody Ramsey almost make it to the try line, before a high shot on him by Mawene Hiroti made them settle for a penalty goal.

Max Feagai dragged the Dragons into the lead with a double, but a failure to convert either meant when Cronulla’s William Kennedy scored in the corner soon after that St. George would be just behind by two. A penalty goal with five minutes left evened the scores to send the two teams into golden point extra time.

After two failed attempts either way, it was Cronulla’s Chad Townsend who slotted the matchwinner four minutes into the extra time, handing the Sharks a badly needed win.

Concerns loom over the Gold Coast Titans after they did just enough for a win over the cellar-dwelling Bulldogs.

Down a number of key players through suspension, Gold Coast looked to AJ Brimson to star and the fullback delivered with the crucial opening and closing tries of the game. Others from both sides had their own sparks of brilliance: Tino Fa’asuamaleaui dragged Adam Elliott nearly ten metres to follow up on Brimson’s opener, while Chris Smith put the Dogs on the board on the receiving end of some quick passing between their right-edge players.

The Titans were up by eight at half time but not out of the woods just yet. Although Jarrod Wallace stormed over to extend the lead, the Bulldogs worked up a promising comeback. Nick Meaney crossed over in the left corner unimpeded before Luke Thompson crashed through the middle. But it wasn’t enough for the Bulldogs to edge in front as Brimson’s second try sealed the deal for the Titans.

David Fifita will be the only Titans player to return from his suspension next week, with a win against Cronulla needed before playing the Melbourne Storm.

This was the debut of the Roosters’ talked-about teen Joseph Sualii but it was the Brisbane Broncos’ night with a resounding upset.

The latest in a revolving door of Broncos halves pairings saw the return of veteran Albert Kelly after seven years away from the NRL, combining with Tyson Gamble to direct the shock wave of carnage. Tevita Pangai Jnr was at his destructive best, holding off multiple defenders and offloading to Dale Copley for the opening try, while targeting key Chooks in Sam Walker and Victor Radley.

Radley turned out to be the main topic of conversation for all the wrong reasons: he was sent to the sin bin twice and placed on report four times for late or high shots on Kelly, Pangai, Gamble, and Xavier Coates. The ill discipline played a significant factor in the Roosters’ downfall, the Broncos scoring to extend close leads shortly after both sin-binning occasions. Even so, the Broncos found a rhythm on their own to deal a 16-point defeat that few could have seen coming.

In spite of the upset win, the Broncos are still yet to determine a permanent pair of halves: Anthony Milford will return to link up with Kelly against the Dragons next week with Gamble out with suspension.

After recent poor performances, the Canberra Raiders were written off against Melbourne, and deservedly so as they crumbled at home against the surging Storm.

The Raiders had actually held the lead for almost all of the first half, their only points coming off Bailey Simonsson and Elliott Whitehead’s expert takes off kicks from Williams’ George and Sam respectively. The two under-strength sides held each other off for the next 20 minutes before Nelson Asofa-Solomona smashed through Canberra’s middle defence late in the first half. A lucky try to Chris Lewis just before half time gave Melbourne the bare lead thanks to a missed Raiders conversion.

The second half was all the Storm as they hammered at the Raiders’ defensive line. Asofa-Solomona crashed through the middle a second time before Reimis Smith found his way down the right edge. The Storm improvised the final two tries as grubber kicks and sloppy offloads helped Tom Eisenhuth and Trent Loiero round out the dominant display.

For the Storm to win as they did without their entire usual spine is testament to the club, and sets them up as perhaps the only team who can realistically knock Penrith off the top of the table at the earliest possible moment.

South Sydney leaked 50+ points for the second time in three weeks, this time at the hands of the unstoppable Penrith Panthers.

Matt Burton had a field day playing in his home town as he claimed an impressive three straight tries on the left edge. He wasn’t the only Panther to star in their rampage: Nathan Cleary kicked off proceedings with a scrambling try attempt that eventually proved fruitful, before Viliame Kikau and Kurt Capewell scored on either side of the field.

Josh Mansour and Cody Walker were the only tryscorers for Souths, who despite the return of Latrell Mitchell were blown off the park throughout. The damage had been done in the first half and the Rabbitohs had no comeback in them in the second. Penrith, meanwhile, were far from done even when they had guaranteed victory, and Brian To’o and Stephen Crichton heaped the last of the humiliation on Souths.

Penrith now sit four competition points clear on the table and their next match-ups against the Bulldogs and Tigers should ensure they ride high for a while yet.

Manly had a new challenge in the form of Parramatta and rose to the occasion, just hours after the loss of former Sea Eagles legend Bob Fulton to cancer.

Josh Schuster, who Fulton had brought into the Manly ranks, had a starring role with a hand in their first three tries from the five-eighth position. Parra had also been on the attack but had less success, Oregon Kaufusi shaking off two defenders before Tom Trbojevic managed to tackle him just short of the line.

Instead, the Eels’ only try came early in the first half and they found themselves mostly on the back foot for the remainder of the game. Manly kept their attack up and were rewarded twice more in the second half as Reuben Garrick scored in the corner off a quick pass from Trbojevic. Trbojevic himself found the line in the same corner to seal a surprisingly convincing win for the Sea Eagles.

If they hadn’t proven themselves to be the real deal before, they have now. 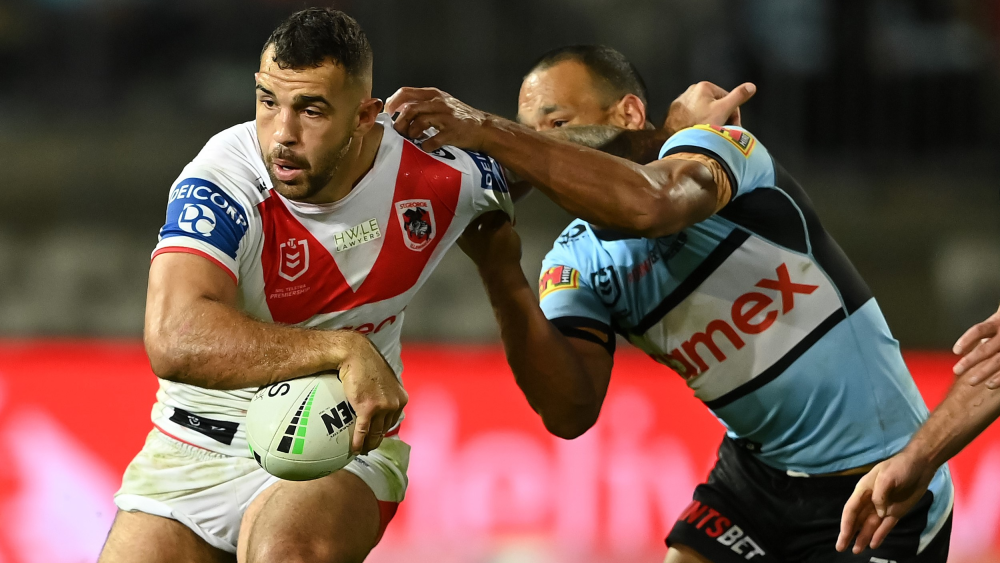