The 2020/21 Premier League season has come to an end and what a thrilling finish it was in the race for European football. FA cup winners Leicester City missed out on the top four with defeat to Spurs, which meant Chelsea scraped into the Champions League despite losing at Aston Villa.

Arsenal was looking to finish above their bitter North-London rivals Tottenham, but could only do so if Ryan Mason’s side dropped points.

Tottenham spoils Leicester’s end to the season and puts their Champions League aims to bed by defeating the FA Cup winners 4-2 at the King Power.

The foxes went ahead after some clumsy defending by Toby Alderweireld who dangled a leg out to trip Jamie Vardy in the box. At first, the referee waved away the protests, but after a VAR review, the penalty was correctly awarded. Vardy then stepped up to take the spot-kick and sent Hugo Lloris the wrong way to send Leicester into the lead.

Tottenham levelled through the man of the moment, Harry Kane. Matt Doherty’s long-range effort was deflected and fell to Heung-Min Son at the byeline, whose cross was also deflected but dropped at Kane’s feet who struck a sweet volley through the legs of Kasper Schmeichel.

Spurs’ defence was at fault for Leicester’s second goal early in the second half and this time it was Davinson Sanchez who conceded the penalty. Vardy latched onto a long ball played over the top and tussled with Sanchez on the edge of the box. Sanchez then was adjudged to have pulled Vardy down but replays showed it was soft. Nevertheless, the penalty was given and again Vardy dispatched it emphatically.

The visitors levelled again 15 minutes from time and it was Schmeichel who put the ball into his own net. Son swung in the corner which Sanchez almost met, but the keeper misjudged the punch and ended up deflecting it backwards into the net. It was an unfortunate mistake from the man who played a heroic part in the club’s historic FA Cup win last weekend.

Gareth Bale then put Spurs ahead after 87 minutes in a controversial goal that involved a VAR check for a handball on Harry Kane. Bale played in Son who back-heeled it into the path of Kane. The England captain had to flick it over the challenge of Çaglar Söyüncü and it looked to have come off Kane’s arm.

Despite this, the ball was set up for Bale to calmly strike with the inside of his left foot into the net to put his side ahead for the first time in the game. The goal was checked but VAR said the event didn’t occur immediately enough before the goal.

Bale then doubled his tally for the day and put Spurs 4-2 up with just injury time to play. There was a mixup at the back between Söyüncü and Youri Tielemans and their failed clearance fell to the Welshman 40 yards from goal who drove towards the penalty area. With Kane dragging the defender wide to his right, Bale went alone and finished at the second coming after his first effort came back off the post to score his 11th league goal of the season.

With Kane scoring and Mohamed Salah failing to net against Crystal Palace, it meant the England captain won the third Golden Boot of his career and also his first Playmaker award with 23 goals and 14 assists. After the game, Kane, Son and Dele Alli were seen embracing in what looked like an emotional farewell for the striker, with speculation about his future now more rife than ever.

The result meant Spurs finished above Arsenal, who both have had disappointing seasons by their own high standards. They also qualify for the new European Conference League that will commence in August for Spurs. Leicester meanwhile, narrowly missed out on the top four due to the defeat and will have to settle for Europa League football for next season.

Villa causes an upset by beating Chelsea 2-1 at home and almost deny the visitors a spot in the top four, with goals from Bertrand Traore and Anwar El-Ghazi.

Despite Thomas Tuchel’s side squandering a host of chances, it was Villa who took the lead through Traore. Matt Target took the corner and played it along the ground with Traore making a run to the edge of the box. He rather scuffed the shot but the ball bounced perfectly into the top corner and in off the crossbar.

The home side then got their second early in the second half and Traore was involved again. This time, the winger won his side a penalty by cleverly putting the ball through Jorginho’s legs and going down as a result go the tackle. El-Ghazi stepped up to take the spot-kick and sent the keeper the wrong way to make the score 2-0.

Chelsea managed to pull one back with 20 minutes to play to set up a tense finish at Villa Park. Christian Pulisic played a quick one-two with Hakim Ziyech on the right and fired in a low cross towards Ben Chilwell on the edge of the six-yard box. The full-back struck his effort at goal which just about crossed over the line.

There was a strange sending off within the last few minutes which may have been fuelled by Chelsea’s frustrations at their wasted opportunities, as Cesar Azpilicueta was shown a straight red for violent conduct on Jack Grealish.

Azpilicueta had just been fouled by Grealish and as he got up waved an arm in the direction of the Villa captain who went down holding his face. In today’s game, it was the correct decision but replays showed it was a soft sending off to concede.

Despite the loss, the visitors finished the season in fourth after Leicester’s defeat to Tottenham, and have a Champions League final to look forward to in six days time. Villa claimed 11th place and finished with 20 more points than last season after narrowly avoiding relegation.

The gunners defeat Brighton 2-0 to jump into eighth place and finish one point behind Tottenham in seventh, with a brace from Nicolas Pepe.

The first half somehow finished goals, despite Arsenal having a goal ruled out for offside, Gabriel hitting the crossbar and Thomas Partey testing the keeper with a couple of attempts at goal. However, it didn’t take long for the home side to break the deadlock in the second half, as Pepe fired home on 49 minutes. Calum Chambers’ low cross found Pepe inside the box whose first touch allowed him to hit an emphatic half-volley into the far corner.

Pepe then doubled Arsenal’s lead 11 minutes later. Martin Ødegaard played the ball forward to the winger who received it on the right side of the box, cut in on his left foot and passed it into the far corner, as Brighton backed off the Ivorian to allow him enough space to do so.

Partey had another opportunity to score his first goal for the gunners in the final minutes, but his volley cracked into the crossbar and out of harm’s way for the Brighton defenders. The seagulls hadn’t really offered any kind of threat all day, but they won’t care too much as they survived another season in the Premier League.

The result means Arsenal to finish below their North-London rivals who have done so now for five seasons in a row. It is also the first time that Arsenal will not be playing European football in 25 years, so a rebuild at the club is clearly in need if they are to challenge the top spots once more.

Leeds ended their impressive first season back in the Premier League since 2003/04 with a 3-1 victory against already-relegated West Brom. Goals from Rodrigo, Kalvin Phillips and Patrick Bamford helped their side record 59 points, which is the highest points tally from a promoted side since Ipswich Town in 2000/01 who scored 66.

Rodrigo got the first for Leeds after 17 minutes by heading in from a Raphinha corner. The ball flashed across the face of the goal which meant the Spanish striker had an open goal to aim at the back post.

Callum Robinson flashed an effort just wide for the baggies before Phillips’ free-kick doubled the home side’s lead not long before the break. West Brom keeper Sam Johnstone will not want to see this again, as the ball was whipped towards his near post from 35 yards out, bounced just in front of him and went in after getting a slight hand to it.

Leeds’ star man Patrick Bamford came on after halftime to replace Rodrigo and gave his team a three-goal lead from the penalty spot. Okay, Yokuslu will have no complaints about this one as the ball was crossed in by Jack Harrison and clearly hit the outstretched arm of Yokuslu inside the area. Bamford cooly put the penalty down the middle of the goal to score his 17th of the season.

The baggies managed to score a late consolation goal as Hal Robson-Kanu pounced on some sloppy play from Phillips and Liam Cooper who’s back pass deflected into the path of the Welshman and made no mistake in finishing with Kiko Casila in no-mans-land.

West Brom will now be preparing for a season back in the Championship and life without manager Sam Allardyce who announced he will not return to the club for next season.

Newcastle finished their successful end to the season with a 2-0 away win at Craven Cottage against already relegated Fulham.

Joe Willock continued his fine run of form by scoring in his seventh consecutive Premier League match to put the Magpies ahead after 23 minutes. The forward made a surging run into the box, got a lucky break from an attempted tackle and volleyed the ball into the net. Steve Bruce will be desperate to keep the man on loan from Arsenal come to the start of next season.

Fulham had a golden opportunity to level the scores, but Ivan Cavaleiro missed the target with half the goal to aim at from just a few yards out. Fabio Carvalho read a back pass from the defender and squared it to Cavaleiro inside the area and should’ve scored, which rather sums up their season.

The visitors got their second just two minutes from time from the penalty spot after Matt Ritchie was tripped in the box by Kenny Tete. Fabian Schar scored the spot-kick and it was one of the coolest penalties you’ll see, as he casually passed it into the bottom left.

Newcastle’s back-to-back wins and clean sheets lifted them to twelfth in the table, having been in a relegation battle not long ago with this fixture looking to be the decider of who survives and who goes down just a couple of months ago. Fulham ended the season with 28 points and just five wins all season. 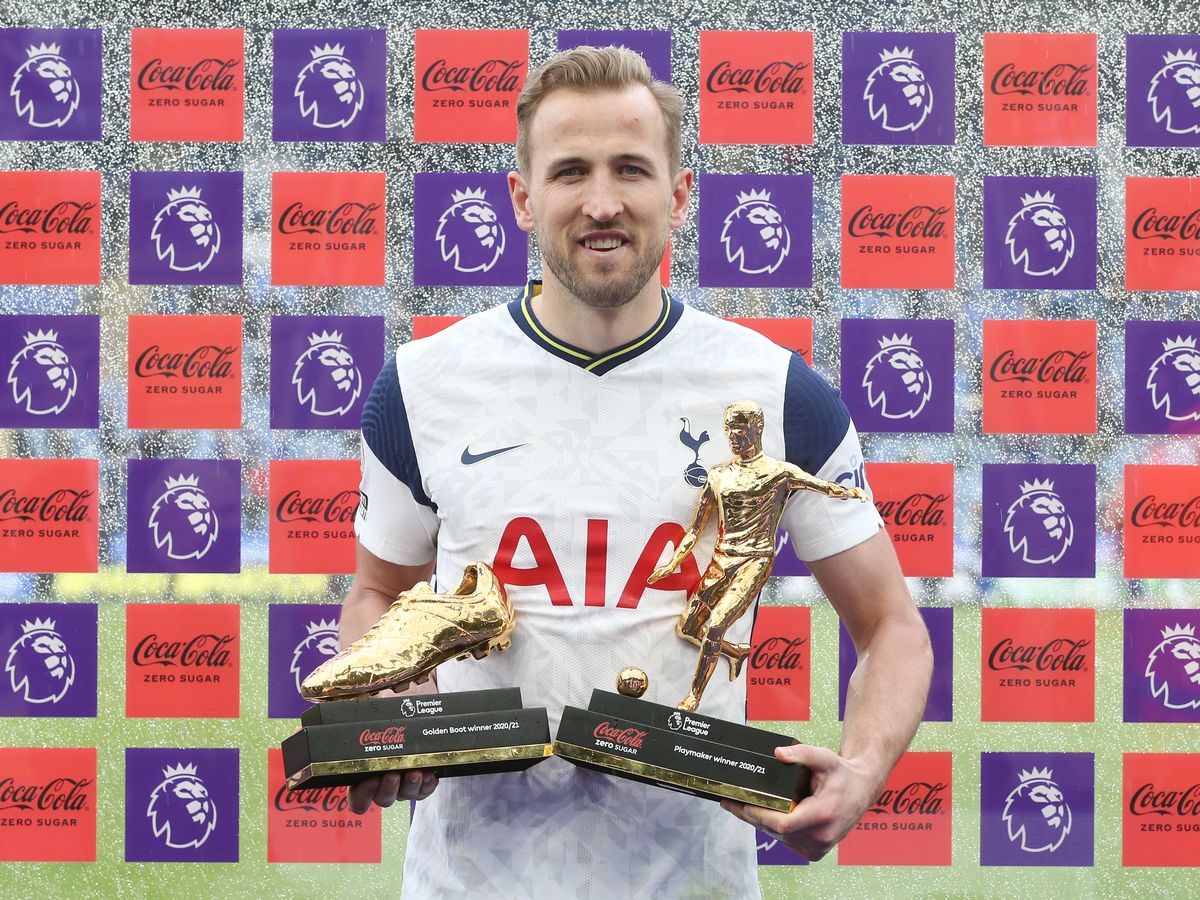