The 2020 NRL Grand Finals have made history. The Brisbane Broncos claimed a third straight NRLW Premiership before the Melbourne Storm survived a comeback to claim the men’s trophy after a hard year on the road.

Here’s a quick recap of the big plays of the games.

While the sun was still out, the women’s game kicked off the big day with a showdown between the Brisbane Broncos and the Sydney Roosters.

The Broncos struck early with back-to-back tries in the first ten minutes, but Sydney found their own groove soon after to keep the margin to two at the break. The fight they put up did not translate to any further points as the Broncos extended their lead in the second half and held on to their title as the only NRLW Premiers in the competition’s short history.

Amber Hall was awarded the Kathryn Murphy Medal for best on the ground, thanks to a damaging performance for the Broncos after being suspended for the third round.

The storm didn’t take long to draw blood once the big dance got underway. A 3rd minute try to Justin Olam was followed by a mistake-ridden spell that the Panthers would regret. And in what may have been the final game of his stellar NRL career, Cameron Smith led with expertise yet again as his side seemed unbeatable at half-time.

Errors and penalties saw Penrith wasting opportunities to claw their way back into it. A long pass from Cleary turned into an intercept try for Vunivalu. Api Koroisau stripped the ball from Smith but allowed the veteran hooker to recover it and crash over the try line.

Melbourne headed into the sheds with a hefty 22-point lead, an extremely difficult margin to come back from. But ‘never say die’ is a recurring theme when it comes to rugby league glory.

The Storm scored their last try of the match in just the 45th minute. From there, the scoreboard was all about the Panthers as they wrestled their way back into trophy contention.

Their first try came in controversial fashion after the Bunker ruled that Kurt Capewell had not interfered with the Storm defense but running up in front of Yeo’s kick for the corner. As the penalties mounted up and Storm errors cost them further tries, the Panthers launched a try-scoring assault starting with Stephen Crichton in the 68th minute.

While it seemed too little too late at first, Penrith couldn’t be written off just yet as they scored another try following a Melbourne sin bin. The Chocolate Soldiers marched forward but eventually found themselves out of time to complete a miracle win. An early enough try with the conversion attempt declined gave them three seconds to send it to Golden Point, but couldn’t make it work in the end.

The Melbourne Storm, after months away from their home state of Victoria due to COVID, earned their fourth Provan-Summons trophy with a 26-20 victory over the Penrith Panthers. The result puts them on par with the Sydney Roosters for the most premierships in the modern NRL era.

Ryan Papenhuyzen was awarded the Clive Churchill Medal for best on ground in his first ever grand final, while the Storm skipper remained tight-lipped about whether he would play on beyond this season.

The Storm will wait to find out whether they get to face off against the English Super League champions (to be crowned in late November) in the World Club Challenge early next year.

With the Premiership season over for another year, there’s only one thing to mark off the Australian rugby league calendar: State of Origin. The Queensland v New South Wales series commences on November 4 at Adelaide Oval. 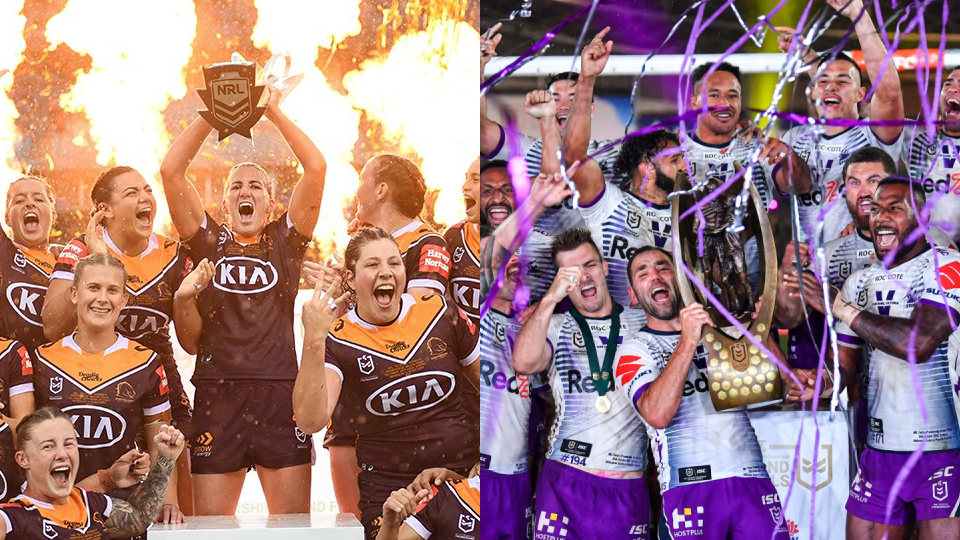