A standing ovation from the gathered crowds at the Portuguese Grand Prix marked Lewis Hamilton’s newest entry into the history books.  As of today, he is the holder of Formula 1’s all-time win record, previously held by Michael Schumacher.  He now stands alone among the other record-breakers in the history of Formula 1.

Yet it could have been very different.  Although he finished first at one point, he dropped to third place – in the third lap.  Yet the determined Lewis Hamilton was determined and passed Valtteri Bottas in the twentieth lap.  After that, he proceeded to take a convincing victory in this race and to break Michael Schumacher’s record.

In fact, Lewis Hamilton was a full twenty-five second ahead of Bottas at the finishing line, despite an awful cramp that hit him during the last 10 laps.  Let’s just pause for a second, though, to take it all in.

The race became his 92nd career Grand Prix victory, something that no other individual driver has ever achieved.  Michael Schumacher’s 91 wins were considered beyond reach for a long time but the Brit has smashed his record with many years left in him to leave anyone considering going for it themselves up for the task of their lifetime – or several lifetimes indeed.

It has taken almost two decades for Schumacher’s record to be beaten so today is something quite monumental for both Lewis Hamilton and for Formula 1 racing in general.

This victory brings Hamilton ever closer to equaling Schumacher’s other now reachable record – seven F1 championship titles.  He is currently leading the championship and, having won eight of the first 11 races there are only five more to go.  If he wins the championship this year then it will lead the path wide open for him to take the record off Schumacher next year.

True to form, Hamilton had some words for his team after today’s stunning victory.  “I owe it all to the team. I could only ever have dreamed of being where I am today. I didn’t have a magic ball when I chose to come to this team and partner with these great people, but here I am. Everything we do together – we are all rowing in the same direction and that’s why we’re doing what we’re doing.”

He went on “And my dad’s here and my step mum Linda, and Roscoe [that’s his dog, never forget his dog!]. It is going to take some time for it to fully sink in. I was still pushing flat out as I came across the line. I can’t find the words at the moment.”

Well, you certainly fooled us, Mr Hamilton – these are lovely words indeed and evidence that the Stevenage born driver has not forgotten that behind every great Formula 1 driver there is an extensive team – in his case Mercedes.

Not only that, of course, but he magnanimously included his family in his post-race interview who we are sure are as thrilled as any parents could be.  We can only wonder what Roscoe’s reaction was.  No doubt he is in for a doggy treat or two this evening. 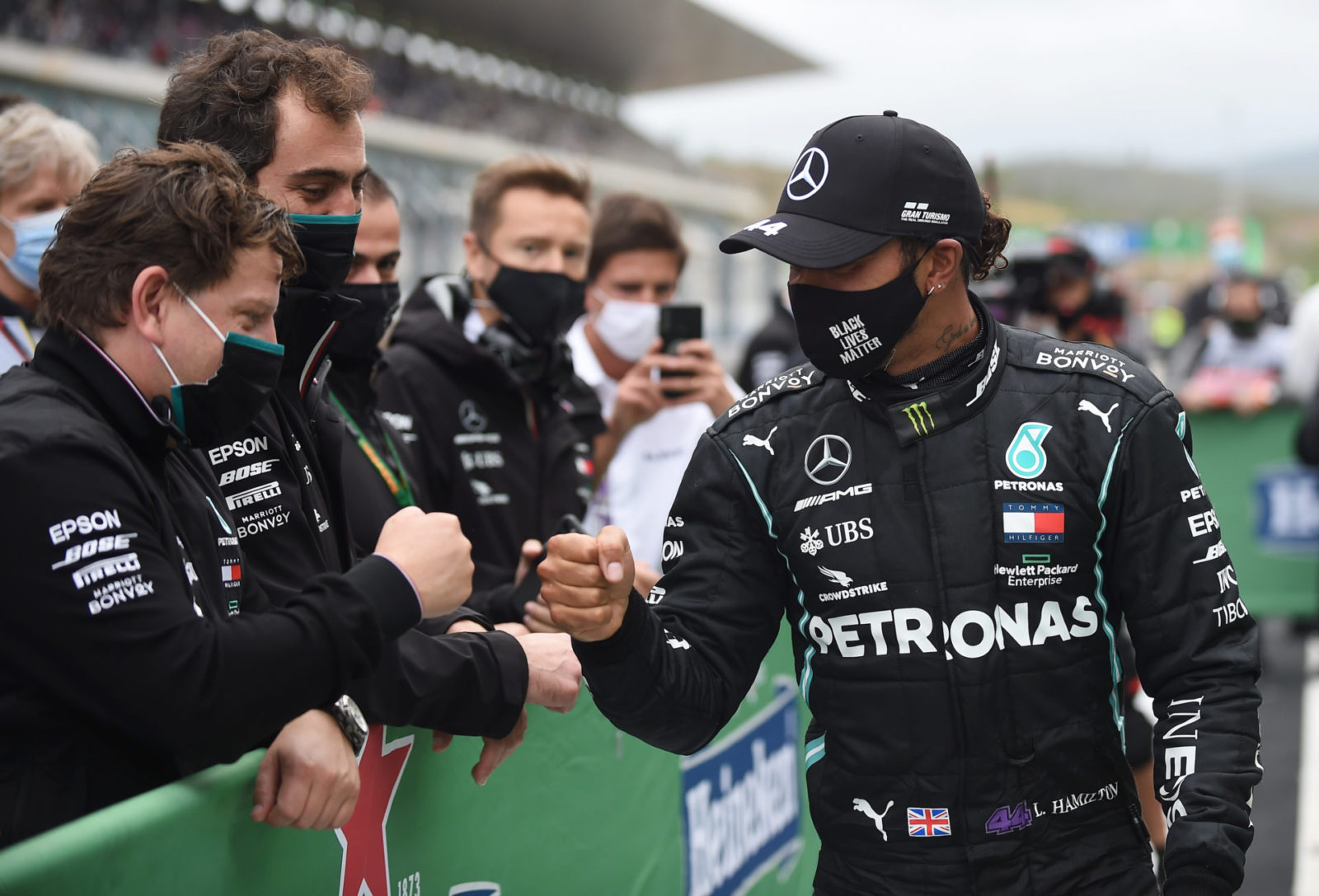