In a really shocking turn of events, the news breaking the tabloids is of Lionel Messi officially leaving Barcelona, if the current Transfer market wasn’t crazy enough this would surely make it.

According to the reports from the trusted sources, it became ‘almost unviable and unsurvivable’ for Barcelona to re-sign Messi to a new contract due to both financial difficulties and the incompetent nature of Barcelona in the transfer market being some of the factors that played a major part in the eventual collapse in the pre-placed agreement.

After today’s emergency lunch discussion at the club, which involved the club President and Messi’s agent, things turned into a heated discussion and developed a major tension between the parties were initially reported in Italy.

The problems appear to be financial, necessitating Barcelona to significantly reduce the payroll cost despite Messi agreeing to a 50% pay cut from last season.

Messi is widely regarded as one of the best all-time players in football, after coming through the ranks at Barcelona he made his professional debut for the Blaugrana in 2004, then he has practically won everything led Barcelona to Ten Spanish titles, Seven Spanish Cups, Eight Spanish Super Cups, four Champions League crowns, three UEFA Super Cup, and three Club World Cups.

Messi finally ended his 17-years stay at Barcelona, and amassed a massive 672 goals and laid a remarkable 305 assists in just 778 games for the Blaugrana, becoming their all-time leading goalscorer in the process.

The club announced the departure of their Legend on the club’s official website:-

“Despite FC Barcelona and Lionel Messi having reached an agreement and the clear intention of both parties to sign a new contract today, this cannot happen because of financial and structural obstacles (Spanish Liga regulations),” the club said in its statement.”

“As a result of this situation, Messi shall not be staying on at FC Barcelona. Both parties deeply regret that the wishes of the player and the club will ultimately not be fulfilled.

FC Barcelona wholeheartedly expresses its gratitude to the player for his contribution to the aggrandisement of the club and wishes him all the very best for the future in his personal and professional life.

The Grudge was evident from Messi’s recent interview when he explained he’s not much interested in the club’s current state of affairs:

“I told the club, including the president, that I wanted to go. Every year I could have left and earned more money than at Barcelona. I always said that this was my home and it was what I felt and feel. To decide there was somewhere better than here was difficult. I felt that I needed a change and new goals, new things.”

“I wanted to go because I thought about living my last years of football happily. Lately, I have not found happiness within the club. I love Barcelona and I’m not going to find a better place than here. Still, I have the right to decide.”

— Lionel Messi in his interview

There are some other reasons stated as Laporta thinks of Barcelona’s future than of Messi’s, it would be financially unstable to keep a player on the wrong end of his age be it Messi himself, they also will have to pay more wages.

Just 24 hours ago, La Liga’s new partnership with financial giant CVC appeared to be an excellent idea. The Spanish League would get a $2.7 billion injection, with all clubs rewarded with increased wage ceilings and greater flexibility for acquisitions.

This deal proved to be just what’s needed for Barcelona to tie their star man but Spanish giants opposed these plans as it would scupper any plans for European Super League.

It’s a real mess and an utter disgrace that we can’t see a happy ending of the most Romantic story of the football’s legend himself, we thought the farewell would be huge and emotional from both sides but it’s turning out to be very different.

Leo is presently a free agent after his deal ended on June 30, and he’s available to sign for anyone. Messi was most recently linked to PSG with them monitoring his contract fiasco to get over, this would initiate their approaches to Messi where he can link up with his former Barcelona mate Neymar at Parc Des Princes.

Still, the situation isn’t clear as of yet and many clouds over particular facts and figures and the real cause behind this up-turn.

Until then Follow our Forums to never miss an update on the latest football happening around the globe. 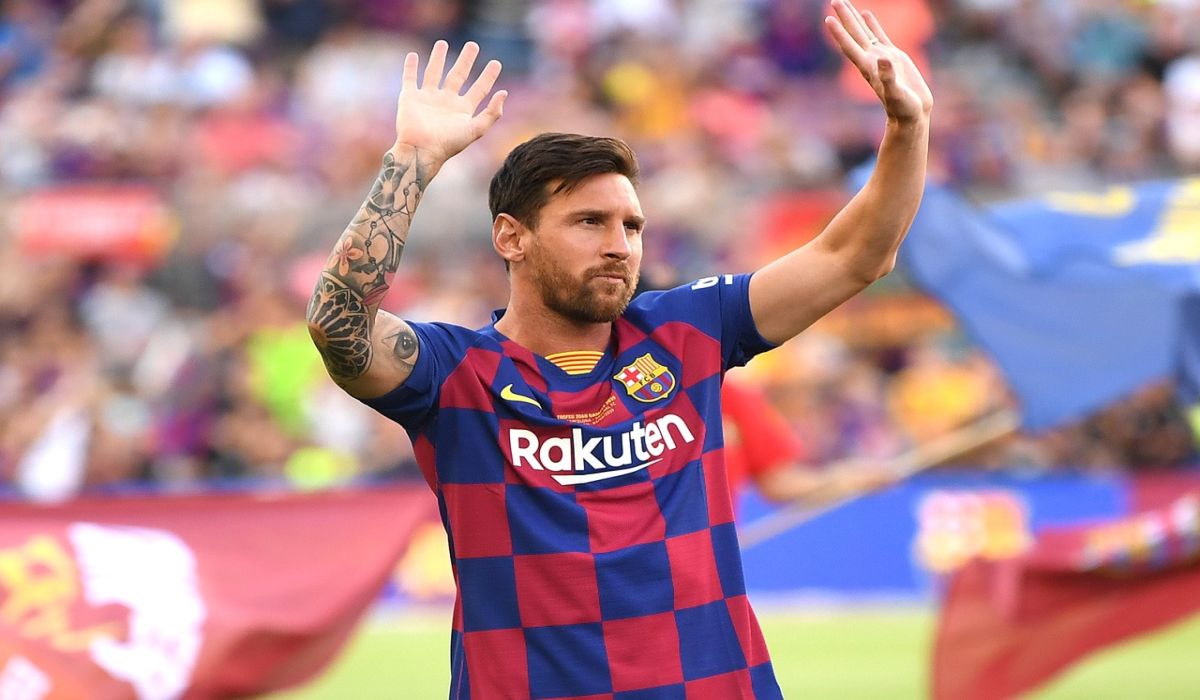