Oleksandr Usyk successfully defends his WBC, IBF, WBA, and WBO cruiserweight world titles against the proud Liverpudlian Tony Bellew by knocking him out in the eight round at the Manchester Arena in front of 20,000 fans.

The fight started out very competitively and for the first six rounds it was a close fight and many fans had Bellew winning at least three rounds out of those. At the beginning of the seventh round, the tide started to turn around and Usyk started dominating the fight by keeping Bellew at the ropes and landed eye-catching combinations. Usyk then landed a looping left hook which dropped Bellew on the floor with his head hanging through the ropes. Tony Bellew failed at the opportunity to become Britain’s second undisputed cruiserweight champion. A crown once held by Bellew’s old foe David Haye. 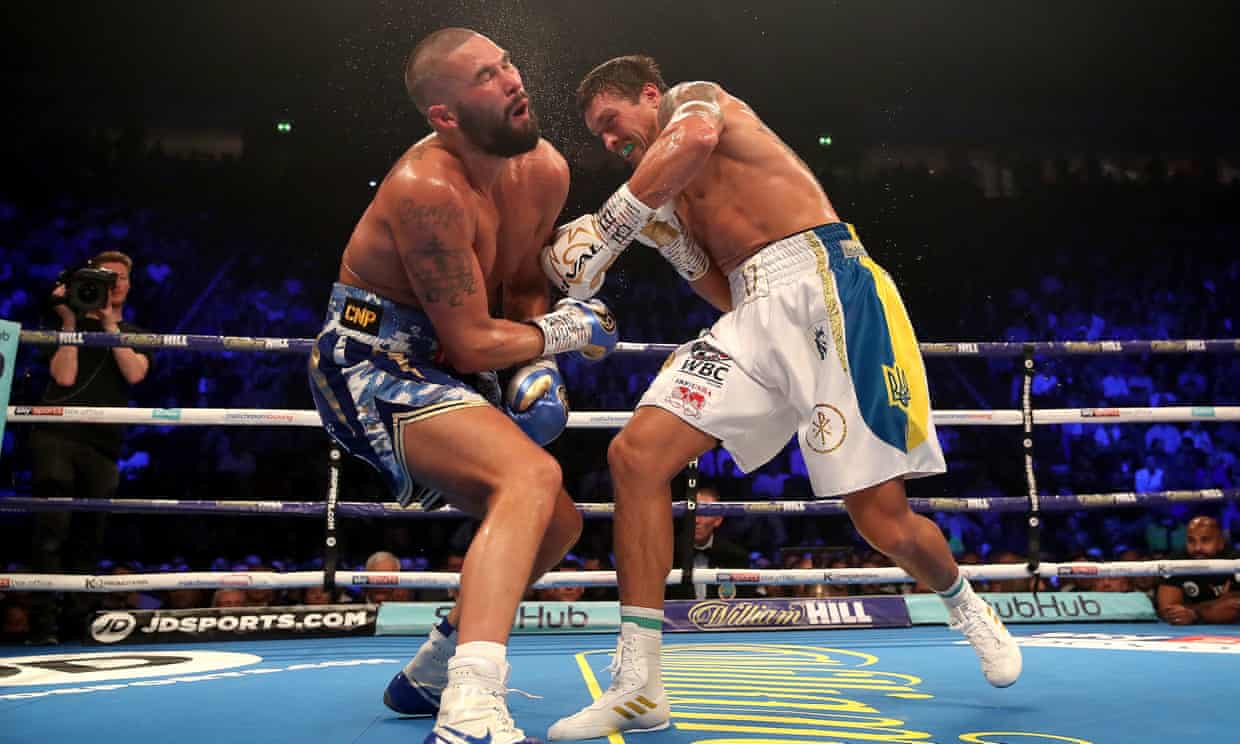 “I had the most difficult year in my life, now I want to relax and spend time with my family and after that, I will think about the future,” Usyk said. “We need to put goals in front of us and move towards them.”

Bellew then showered his opponent Usyk with praise and gave him a lot of props.

“I tried to go for it because I thought I was behind,” Bellew said. “He’s a brilliant fighter, he’s hard to pin down. I fought the very, very best, and he’s just better than me.

“Usyk is pound-for-pound material, the best I’ve ever fought. Anyone who fights him is in trouble.

“That’s definitely the end [of my career].”

I tried my best and gave it everything I had! You my friend @usykaa are a great champion and the best fighter I have ever faced. You beat me fair and square.. I only wish you well going forward and thank you for the opportunity. 👊

Usyk is running out of options at Cruiserweight and he has also hinted about moving up to Heavyweight division and now that he has signed a co-promotional deal with Eddie Hearn, he can have a shot at top fighters in Matchroom Boxing’s stable by the likes of Dillian Whyte, Dereck Chisora, Jarrell Miller, and the heavyweight superstar and unified WBA, WBO and IBF heavyweight champion Anthony Joshua.

Who do you think wins the super fight between Anthony Joshua and Oleksandr Usyk?