Craig Overton’s 13 wickets were not quite enough to see Somerset defeat Essex at Taunton as the visitors would end up winning by one wicket on Day 3 of the second round of County Championship fixtures.

Resuming on 334/8, the visitors added 30 to their overnight score before Steven Patterson would be bowled by Ajeet Dale for 20 with Haris Rauf following the same way for 4 – Jordan Thompson finishing 42 not out.

Ryan Higgins would be caught behind by Harry Duke off the bowling of Dom Bess for 24 before Tom Lace would be the last man out, bowled by Thompson, for 28 with James Bracey (112, pictured below) and Zafar Gohar (21) the not out batsmen.

Resuming on 133/3, the hosts would move to 149 before Hamidullah Qadri would be bowled by Tom Bailey for 10 with Jordan Cox bowled by Hasan Ali for 2. Ollie Robinson would be LBW to Matt Parkinson (pictured below) for 27 before Darren Stevens would be LBW to Ali for 6.

Matt Milnes would be caught behind by Phil Salt off the bowling of George Balderson for 22 before Nathan Gilchrist would be caught by Luke Wells off the same bowler the following ball. Jackson Bird would be the final man out, bowled by Balderson, for 9 as opener Ben Compton would be not out with 104.

Crawley would be bowled by Parkinson for 54 before Bell-Drummond would be dismissed the same way for 2. Tawanda Muyeye would be the final wicket to fall, LBW to Parkinson, for 8 with Ben Compton and Qadri resuming 60 and 2 not out respectively.

Resuming on 3/1 requiring 84 to win, the visitors lost Sam Cook as he was bowled by Craig Overton (pictured below) without scoring before Sir Alastair Cook would be caught behind by Steven Davies off the bowling of Peter Siddle for 3. Dan Lawrence would be caught by Overton off the same bowler without scoring – Essex sitting at 4/4 at this point – before Matt Critchley would be bowled by Overton for 15.

Resuming on 152/7, the visitors added 70 to their overnight score before Keith Barker would be caught behind by Ben Foakes off the bowling of Jamie Overton for 57 with Kyle Abbott caught by Jamie Smith off the same bowler two balls later without scoring. James Fuller would be the final man out as he was bowled by Overton for 41 as Mohammad Abbas would finish 0 not out.

After being forced to follow on, Ali Orr and Tom Haines (pictured below) put on 119 for the opening partnership before the former would be caught behind by Brooke Guest off the bowling of Sean Conners for 28 with Tom Alsop run out for 16. Haines and Cheteshwar Pujara put on an unbeaten 133 for the third-wicket partnership finishing 164 (his highest first-class score) and 57 not out respectively.

Michael Jones and Sean Dickson put on 152 runs for the opening partnership before the latter would be caught by Davis off the bowling of Barnes for 84 with the former LBW to Rhodes for 108 – Keegan Petersen (37) and Scott Borthwick (1) the not out batsmen.

Resuming on 354/9, the visitors would add 25 to their overnight score before Timm van der Gugten would be caught out by Joe Clarke off the bowling of Liam Patterson-White for 62 – Michael Hogan finishing 19 not out. 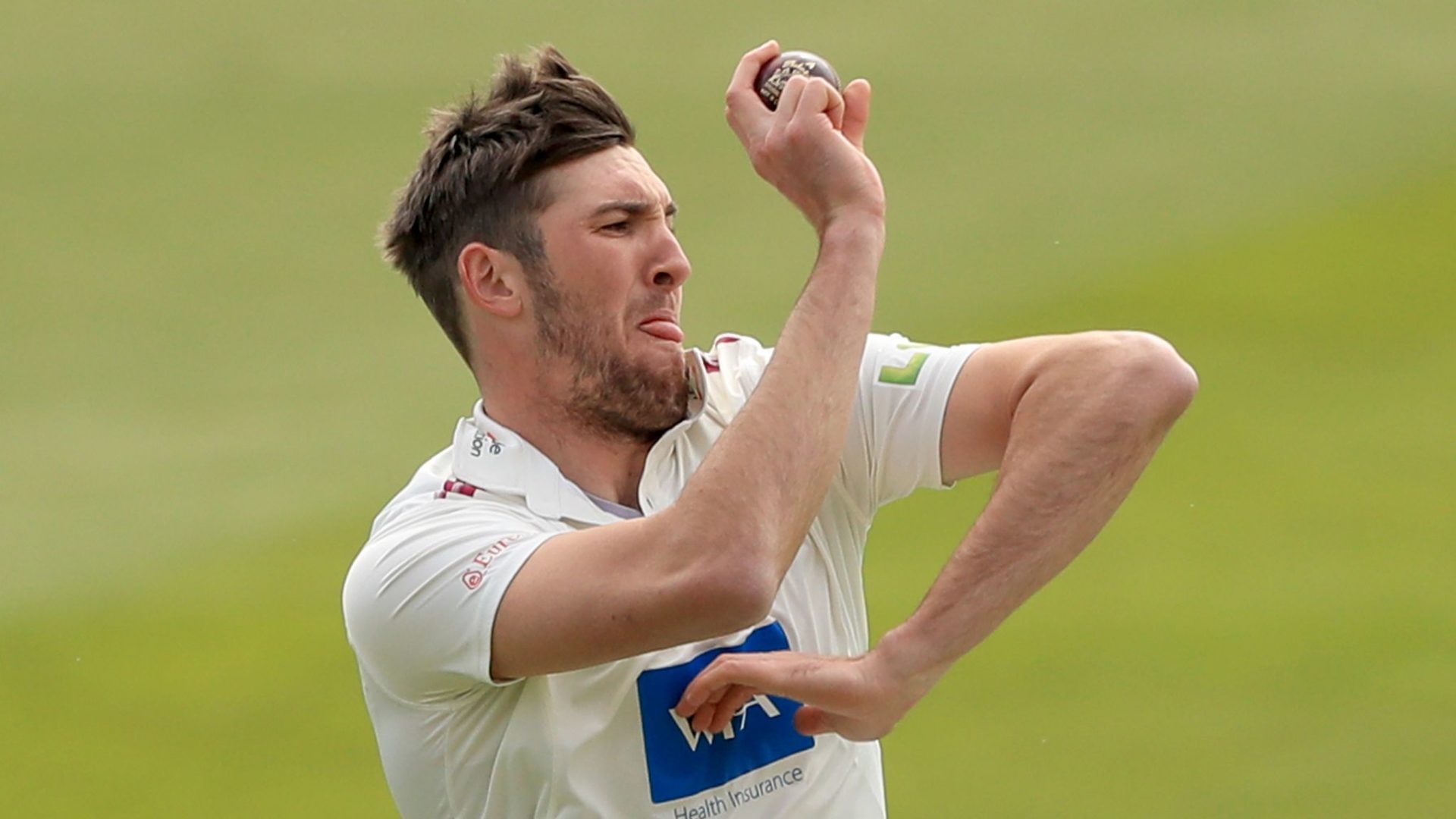