In the five-and-a-half years that have passed since the first time Vicente Luque and Belal Muhammad first met in the octagon, they have both morphed into top ten fighters in the welterweight division. While they have each enjoyed tremendous individual success during that time frame, there was always an aura of unfinished business between the two of them. It’s hard to see two fighters climbing the rankings in the same division without feeling like they are on a collision course. Tonight, Luque and Muhammad met inside the cage to advance their careers and settle the score. There’s a lot to unpack here. Without further ado, let’s get into it!

Vicente Luque is known as one of the best strikers in the welterweight division. Belal Muhammad, on the other hand, is known as one of the elite grapplers in the division. Their contrasting styles was sure to make for an interesting fight. Right away, Luque attempted to dictate the pace of the fight and play to his strengths. He applied constant pressure and forced Muhammad to backpedal. However, unlike times past, Muhammad found his footing and maintained his composure; his ability to land well-timed strikes off of his backfoot was impressive. This was obviously a tactic his corner prepared him for during training camp.

Round two was dominated by Muhammad from start to finish. For the majority of the round, he surprised the capacity crowd at the Apex Center by avoiding Luque’s strikes and landing blows of his own. At the 1:45 marker of the round, Muhammad scored a takedown and went on to dictate the remainder of the round with ground control time. In round three, Luque landed a left hook that badly hurt Muhammad. After taking a while to recover, Muhammad was able to secure another takedown, but Luque’s defense held strong and he was able to fight back to his feet quickly.

Round four was a seesaw battle; both fighters had their moments but neither man was able to establish control. In round five, Muhammad scored his most convincing takedown of the night, followed by a successful back-mount. His chokehold attempt was unsuccessful but his ground control time was substantial. For his efforts, Muhammad was awarded a unanimous decision victory. During his post fight interview, Muhammad stated that he wanted to face Colby Covington the next time he climbs into the octagon. That would be the highest profile fight of Muhammad’s career and would certainly produce his biggest payday. Time will tell if he gets his wish…

Middleweight prospects Caio Borralho and Gadzi Omargadzhiev engaged in a one-sided affair. Borralho executed takedowns at will in rounds one and two. The only bright spots for Omargadzhiev were the moments where he was able to execute defensive maneuvers to avoid a submission. Things got interesting in round three. Omargadzhiev hit Borralho with a low blow. The referee deducted a point and the fight was allowed to continue. Moments later, Borralho hit Omargadzhiev with an illegal knee; Omargadzhiev’s hand was on the mat and therefore he was considered down. The referee deducted a point but the ring doctor ruled that Omargadzhiev suffered a concussion and could not continue. The fight was sent to the scorecards and Borralho was declared the winner.

For the first few minutes of round one, welterweight challengers Miguel Baeza and Andre Fialho were tentative. Around the 1:30 marker, things changed. Baeza hit Fialho with a flurry of punches that left him dazed. A minute later, the two men found themselves clinching in the middle of the octagon. That’s when Fialho unleashed a vicious right uppercut followed by a well-timed left hook. The combination sent Baeza crashing to the mat. Fialho quickly capitalized and pummeled his opponent with a ground and pound attack that opened a cut on Baeza’s forehead and forced the referee to stop the fight. It was a dramatic turn of events and one of the most exciting performances of the night.

Women’s bantamweight prospects Mayra Bueno Silva and Yanan Wu engaged in a back and forth match that allowed each fighter to display their strong points, while also exposing their weaknesses. The most significant moment of the first round occurred about a minute-and-a-half into the fight. Silva landed a nice right cross that badly hurt Wu. However, Wu fought back and was able to emerge out of her dazed state. Silva ended the round with a left jab, right knee, left kick combination that gave her an initial edge on the scorecards.

Wu was much more aggressive to start round two. She landed a significant number of strikes and scored a big takedown halfway through the round. In round three, Wu continued to be the more active of the two fighters and Silva was clearly fatigued. In a move of desperation, Silva began egging Wu on, asking for her to strike her again during the last minute of the round. However, the judges awarded Silva a unanimous decision when the outcome was taken to the scorecards.

I have to say I disagree with this decision. Silva clearly won round one. However Wu won round two without question. Wu was also the more active fighter in round three and her conditioning was clearly superior to Silva’s. Maybe the judges were convinced that Silva won the last round because of her taunting tactics. From my point of view, her taunts were an act of desperation from a fighter who knew she’d been defeated. The judges ruled in her favor, though. That will always be part of the controversy in combat sports; the judges often see fights differently than the fanbase.

Featherweight veteran Pat Sabatini had a clear cut strategy in his bout against TJ Laramie tonight: score as many takedowns as possible and secure a submission if possible. While he was not able to secure a submission, he was able to score an enormous amount of ground control time due to the fact that he executed takedowns in all three rounds. Laramie’s best moments were his ability to defend against submissions. During his next training camp, he has to work on his takedown defense. If he doesn’t, his next opponent will just watch film of Pat Sabatini’s maneuvers and execute the same strategy. For his efforts, Sabatini was awarded a unanimous decision victory.

Welterweight prospects Mounir Lazzez and Ange Loosa engaged in an old fashioned standup fight that resembled a kickboxing match. Neither man wanted to rely on grappling, instead they were focused on strikes and leg work the entire fight. There’s an old saying that “styles make fights,” and stylistically this match was entertaining.

Round one was a back and forth affair but neither man was able to establish control or inflict significant damage on the other. In round two, Loosa finally attempted a takedown but Lazzez seemed prepared for the maneuver; the attempt was unsuccessful. Both men were very active throughout the round but the most significant moment belonged to Lazzez. His right jab, left hook, high kick combination was impressive.

In round three, Loosa attempted one more takedown but Lazzez was again able to avoid going to the mat. In the last thirty seconds, Lazzez landed another combination; this time Loosa was clearly affected by the impact. For his efforts, Lazzez was awarded a unanimous decision victory. Loosa deserves credit for taking the fight on short notice after Lazzez’s previous opponent withdrew from the fight. I am sure he will get another opportunity soon; he performed well tonight.

I never considered the possibility of a Belal Muhammad versus Colby Covington main card. However, Muhammad’s callout of Covington was interesting. During his interview, Muhammad instructed Covington to “stop calling out 155 pounders… I am a real 170 pound fighter,” he went on to say. This was clearly a reference to Covington calling out Dustin Poirier after his win over Jorge Masvidal. Poirier has never competed in the welterweight division and would have to put on weight in order to do so. Clearly, Belal Muhammad would like a shot at Covington before Poirier considers going up in weight in order to do so.

The UFC returns next week with another edition of Fight Night from the Apex Center in Las Vegas. The main event of the evening will feature two of the strawweight’s best women fighters when Amanda Lemos takes on Jessica Andrade. As always, we’ll have all the latest updates about the outcomes of the fights, as well as in depth analysis available right here at World in Sport! Until next time, take care of yourselves, and each other. 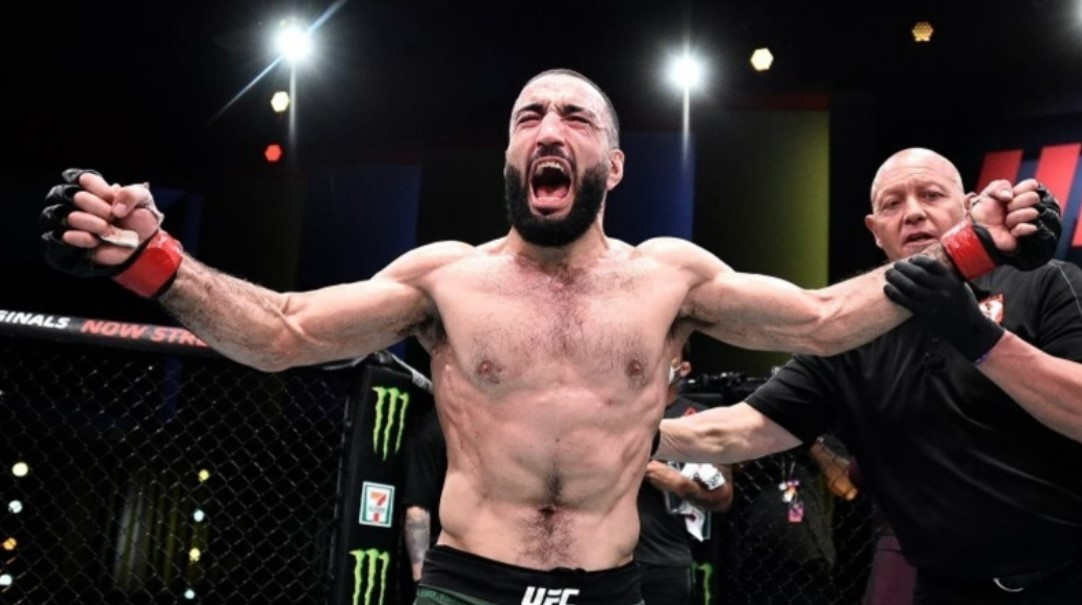