The New England Patriots seemingly abandoned any thoughts of a passing game during their 14-10 win over the Buffalo Bills in 40mph winds at the Highmark Stadium.

With Bill Belichick quickly realizing that the conditions were too erratic for a heavy passing game, he put the brunt of offense on his running backs.

Overall, Patriots QB Mac Jones was just 2-of-3 passing for 19 yards, while the Patriots ran for 222 yards on 46 carries.

“Just a crazy game to be a part of; it was just a weird day, but at the end of the day, you just get more points than the other team and it’s a great day,” Jones said. “I haven’t seen that much wind, probably ever.

“Hats off to the offensive line for doing what they did; knowing we were going to run the ball and just putting their nose in there every play and making it happen was incredible. I’ve never been a part of something like that.”

“I don’t think there will be a game like that in a long time,” Jones said.

Jones three attempts were the least number of passes thrown by a winning quarterback over the last 30 seasons. In addition to this, the Patriots became the first team to win a game with three or fewer passes since Week 3 of the 1974 campaign.

“We played kind of the way we felt like we needed to play to win. In the end, we scored enough points,” New England coach Bill Belichick said.

“Just have to give the players a lot of credit for being tough, being disciplined, being resilient and dealing with a really good football team and conditions that were somewhat challenging.”

Patriots center and captain David Andrews spoke about how he felt it was one of the most memorable games in his career: “I don’t know if I’ve ever played in a game where we’ve thrown the football three times, and I’ve been playing football since I was 6 years old. Six years old, [we] threw the football more than that.”

The three passing attempts are the fewest in Patriots history; breaking the previous record of 5 which came in 1982 during a 3-0 victory against the Miami Dolphins in Foxborough. It was played during a snowstorm and was scoreless in the fourth quarter when stadium worker Mark Henderson drove a tractor onto the field to clear a spot for the only field goal of the game.

It didn’t seem like the Bills shared Belichick’s belief in the running game with their quarterback  Josh Allen completing 15 of 30 for 145 yards and a touchdown in a losing cause. 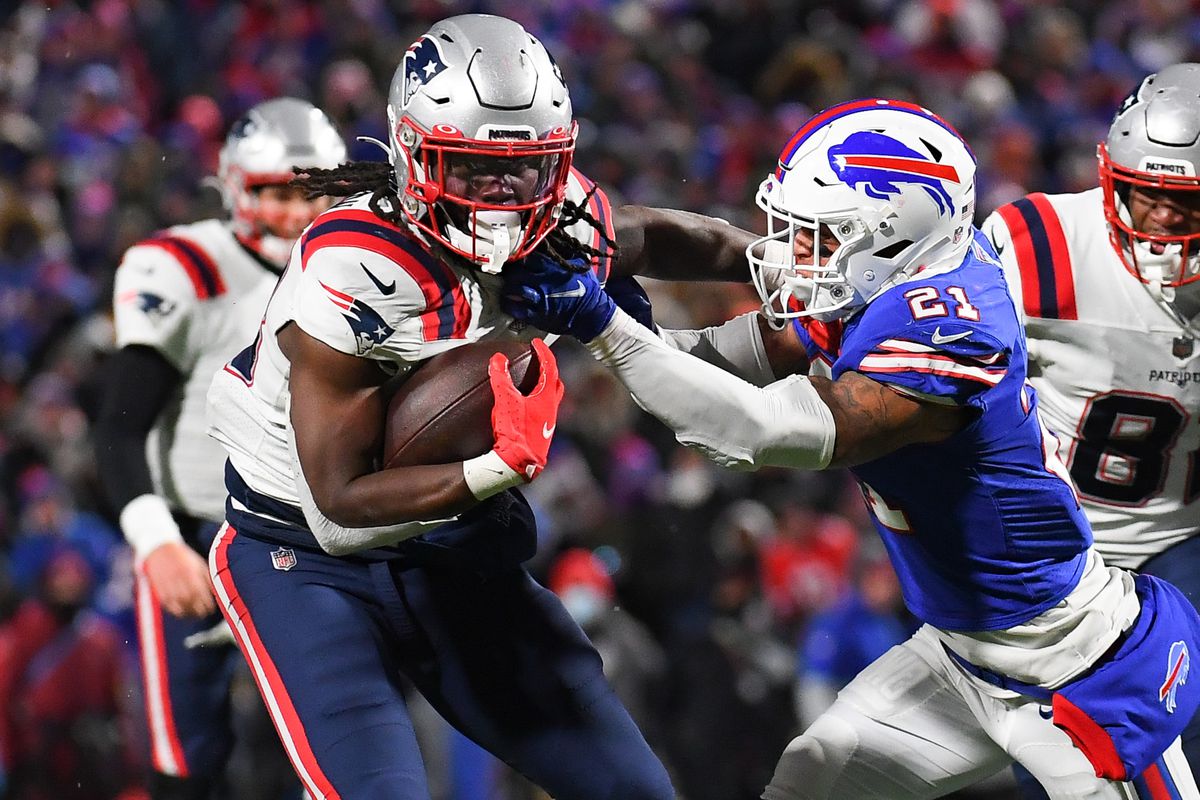