With just two games of the season remaining, Watford have parted company with boss Nigel Pearson. Watford currently lie 17th in the table, with games against Man City and Arsenal coming up this week.

Pearson’s number 2 Craig Shakespeare has also been relieved of his duties. Under 23s coach Hayden Mullins and goalkeeping coach Graham Stack have been placed in temporary charge of the first team.

The former Leicester City boss, took over Watford in December, with the club seven points adrift at the foot of the Premier League table and two managers down. The Hornets dismissed Javi Gracia and Quique Sanchez Flores prior to Pearson’s appointment, after the club found themselves at the foot of the table, with one win in fifteen games. As soon as Pearson took over as boss, he oversaw a turnaround in form, winning four of his first seven matches. One of the wins saw them end Liverpool’s unbeaten run in the league; beating them 3-0.

Unfortunately, since the restart, Watford’s form hasn’t been great. The Hornets have only recorded two wins and with last Friday’s defeat to West Ham (losing 3-1), means that they sit one place above the drop.

Following from the result against West Ham, Watford require four points from their final two games of the season against Arsenal and Manchester City; to ensure safety.

Watford released a statement following the sacking of Nigel Pearson on Sunday: “Watford FC confirms that Nigel Pearson has left the club with immediate effect. Hayden Mullins with Graham Stack as his assistant, will take up the position of Interim Head Coach for the Hornets’ final two Premier League fixtures of the 2019/20 season.”

Watford have refused to comment further on the matter.

As stated earlier, this is the third managerial sacking made by Watford this campaign, with Javi Gracia and Quique Sanchez Flores exiting Vicarage Road.

Pearson was on a short-term contract with Watford until the end of the season, before being dismissed on Sunday. However, Pearson had last week, told SkySports that he would have hoped to remain as Watford boss beyond this season.

“We discussed this right back when the lockdown started because it was important to clarify that there was a commitment to do the job. Both Craig (Shakespeare) and myself, when we joined, our intention was to do what we can this year to retain our status and then build from there.”

Alas, the defeat to West Ham, lead to the club’s decision to sack Pearson and Shakespeare and deemed them unsuitable to take them forward. The club would like to consider their options for the near next campaign.

Many questions had been raised as to why Pearson was given the boot, after guiding them to near safety. Watford were doomed for relegation prior to his appointment in December; winning once in 15 games.

However, it has emerged that a “frank exchange of views” between Pearson and Watford owner Gino Pozzo (known for sacking managers as and where he sees fit), after Friday’s defeat to West Ham.

The concerns which were raised included team selection, substitutions and team performances since they returned from the enforced break. Relations were beginning to eat away between the two parties, as well as Hornets technical director Filippo Giraldi.

It is reported that Pearson still had the backing from a group of his players.

Undoubtedly, Pearson pumped energy back into the Watford team who were bottom of the league upon his arrival. Nonetheless, some players still had their doubts with the boss.

The owners held their reservations about the teams performances, particularly in the first half of games. Watford have failed to score the first goal in all their 7 games since the restart.

Talks were held on Sunday in Watford between first team manager and owner; intensifying the plans to part company with Pearson and his no.2 Craig Shakespeare when the season ended.

Watford sit three points above the drop zone, and are in no rush to find a replacement.

The club will now doubt take a more careful and considerate view once the season ends, and know which league they will be competing in next season.

Watford will host Pep Guardiola’s Man City on Tuesday and then pay a visit to Arsenal at The Emirates on Sunday. As explained earlier in this article, Watford will need four points from these games to guarantee safety. Although, less points may be enough for them, depending on other results for teams around them. 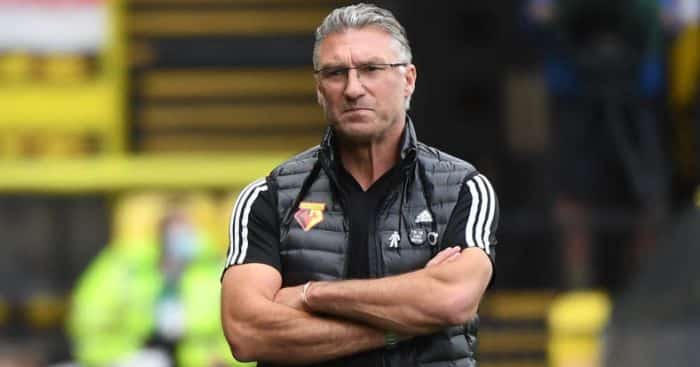