Now that the MLB season is finally on the horizon, here are some remaining questions that will impact the season.

Baseball is back! Finally, we’re less than a week away from the first pitch of the regular season, and what a matchup we’re getting to kick things off. The reigning World Series champion Washington Nationals will host the New York Yankees at 7 PM Eastern time on July 23rd.

While everything and anything has come into question since the world shut down in March, the one thing we could be sure of is that major professional sports would be played this year. There was just too much money to lose by not playing. After a long drawn out battle that was made much too public between the owners and players association, a 60 game season was finally handed out by Commissioner Rob Manfred.

That we’re even getting 60 games seems like a miracle in and of itself.

In the U.S. we’ve debated about the viability of playing the entire season in one location, kind of like what the NBA is doing in Orlando (although the NBA was mostly done with their regular season when it all when to crap). MLB had considered a few different options, playing in one location to having three hubs that would host one-third of the teams in a city.

They finally decided that each team would play games in their home stadium (similar to how soccer is being played throughout Europe) and limit travel to just the regions that each city is located. That means that teams won’t travel across the country until the playoffs (if we get that far).

With these few games, what stats will be considered legitimate after the season?

Numbers in baseball are held in higher regard than any other sport. From the Moneyball revolution that’s held a firm grip on the sport since the early 2000s to the early days of Henry Chadwick’s original box score in 1859, numbers have been an omnipresent feature of the sport.

Just saying numbers like 56, 73, 755, .400, and 42 resonate across generations of fans, all of whom can quote chapter and verse the meaning of each specific number and its historical significance. In the religion of baseball, the numbers and stats stand through time as the true markers of excellence.

This season will be remembered as the year of small sample size, all stats from this season will be taken with a grain of salt when we look back at this crazy whirlwind year. When the season will only be forty percent of a normal season there’s a chance for the rate stats (batting average most notably) to show something that wasn’t truly so.

If anyone were to hit .400 this season, something that hasn’t been done since Ted Williams in 1941, which is certainly possible over 60 games we will be left to decide if that achievement is legitimate or not. If any batter were to achieve that number over a full 162 game season (especially in this age of strikeout prone batters) they would immediately get vaulted into the conversations reserved for the All-Time Greats of the sport.

On the flip side is what will we think if a pitcher records and ERA anywhere near Bob Gibson’s nearly impossible to fathom 1.12 ERA in 1968? In 2019 the league average ERA was 4.51 according to Baseball-Reference.com, and the league leader was Hyun-Jin Ryu with 2.32. Gibson was still a full run better than that and he threw 122 more innings than Ryu did last year (304.2 vs 182.2).

We’ve seen relievers limit runs to the extreme in recent years, most notably Zack Britton in 2016 when he had a 0.54 ERA over 67 innings. That season featured a run of 43 consecutive appearances for Britton without giving up an earned run. As remarkable as that is we likely won’t see that again any time soon.

It’s not just AVG and ERA that will require recalibration in our minds as we consume this year’s action. Pete Alonso bashed 53 home runs to lead baseball last year (not bad for a rookie), this year the league leader will be much lower. Over the last few years, we think of 20 home runs as being the baseline for someone with power and 96 players had at least that number last year. In this shortened season 20 homers could make you the league leader.

How will the new schedule affect final standings?

By playing all regular-season games just in one region we won’t be treated to any Yankees-Dodgers matchup unless both teams were able to make it to the World Series. This more centrally located schedule will pay off more for some teams than others as the divisions in baseball certainly aren’t balanced across the board.

In particular, the top teams of the NL Central like the Chicago Cubs, St. Louis Cardinals, and Cincinnati Reds will have a higher percentage of their schedule take place against some of the bottom-dwelling teams in baseball (hello Detroit Tigers and Kansas City Royals) than they would have before. This will also hamper the ability of an AL Central contender to run away from the field as they will have to deal with more capable teams than normal.

On the opposite end of the spectrum, both the AL and NL East looked to be close races back in February. That complicates matters even more as seven (Yankees, Rays, Braves, Nationals, Mets, Phillies, and Red Sox) of the ten teams that play in those divisions have win totals over 30 according to the Caesars Sportsbook. That clustering of teams will make for a slugfest during this shortened season.

Out West, the Los Angeles Dodgers have the highest win total in the league with the Houston Astros just off their pace; behind those two there isn’t much competition outside of the Oakland Athletics. There are a few teams projected to win over half their games this season (the Angels, Diamondbacks, and Padres), while those teams may make a run at a wild card spot there shouldn’t be much drama.

What we lose with this modified schedule is the leveling effect that happens when teams play the rest of the league, not just those who are closest to them. When the schedule loses over a hundred games almost anything could happen with regards to the final standings.

What about a teams’ final record?

The 1899 Cleveland Spiders after being sabotaged in a way that makes screenwriters jealous (the owners traded all their star players to St. Louis, they also owned the St. Louis team) managed to win just 20 games over the course of a 154 game season. Yes, that season predates two World Wars, sliced bread, and radio broadcasting but it doesn’t stop them from holding the record for worst winning percentage in the history of baseball at .130.

While no team should get close to that winning percentage this year, there is a chance that a team could win less than 20 games in 2020. Baltimore, Detroit, Miami, and Seattle all have win totals projected of no more than 24 games according to Caesars, one extra bad week from any of these teams could put them within a shout of being bested by those Spiders from two centuries ago.

The all-time win total is way out of reach as the 2001 Seattle Mariners 116 wins is nearly twice as many wins as the number of games that will even be played this season. However, the ’01 Mariners winning percentage record could be in reach this year, but even that will be a stretch.

The Dodgers are projected for an MLB best 36-24 record, according to Fangraphs.com, that’s good for a .607 winning percentage that’s still a far cry from the Mariners .716% mark from almost 20 years ago. The Dodgers are baseball’s best team this season, their intrasquad games contain two “teams” that could challenge some of the middling teams in the league, and if they get some fortunate bounces that winning percentage record may not be as far away as it seems now.

The most important question gets saved for last, mainly because it’s the most complicated. What role will the pandemic play in this baseball season is a question with so many hypotheticals and possibilities many (most?) of which result in at the very best an unpleasant situation that it’s a little disheartening to even start.

The best thing would have been to simply cancel the 2020 MLB season and pick up again next spring, this would allow the world more time to breathe and reassess where we stand against this new unseen enemy. Unfortunately, that would never happen with the amount of money teams wouldn’t make if no games were played. The biggest loss is all the people that depended on game days to make a living, the bartenders, vendors, security guards, and parking attendants needed fans to be able to attend games for their job to even exist.

That doesn’t even factor in how in-game performance could be affected by the virus. If a single player were to test positive for the virus during the season, they must quarantine for two weeks and record two negative tests before being allowed back with their team. How will a team cope with the loss of an everyday player will just be a matter of time, each team is keeping reserve players ready in a break glass in case of emergency scenario but typically those players are all young and unproven at the highest level.

Let’s hope the games start without any hiccups and they bring about the distraction we have so longed for, although we will be reminded of the unusual circumstances of this season at every turn. Here’s to moonshots taking us far away from our worries for the next month and a half. 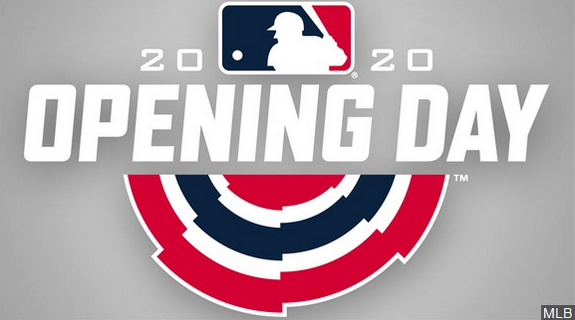