Discarded England batsman Kevin Pietersen has sent the most timely of reminders to the new England Cricket structure with an unbeaten triple century for his county side Surrey, in their County Championship match with Leicestershire.

Pietersen finished on 326 not out, on a dramatic day in the English County Championship.

News has emerged that new director of cricket, and former captain Andrew Strauss, is set to touch on the Pietersen saga when he speaks to the media for the first time tomorrow, since taking up his new role.

Since becoming the player to be scapegoated the most, following the Ashes debacle of 2013-14, it was widely thought that ‘KP’ would be shunted into the international sidelines for ever, but incoming ECB chief Colin Graves, has since slightly opened the door for a sensational return to the England fold.

Strauss of course, has a little bit of history with Pietersen, having been the subject of alleged texts in 2012 between the batsman and the touring South African team at the time. It resulted in a lengthy ‘re- intergration’ period to get Pietersen back into the England Cricket Team.

Just as near back as the summer of 2014, Strauss was forced to apologize after what he thought was an off air comment about Pietersen, was actually broadcast over the TV airways.

Supporters of ‘KP’ will be boosted by the news of his innings, but must be wary that Strauss had probably already planned his opinion ahead of the triple century in the second division of the championship.

Whilst there are still many who think England should move on from the whole Pietersen story, it is one aspect of the drama that is the current way the ECB is being run, that simply won’t go away.

Will Pietersen really be in England’s plan’s come the Ashes summer later this year? Strauss will have the chance when he speaks to the media to kill the chances once and for all, or just simply push the door ever so more open. 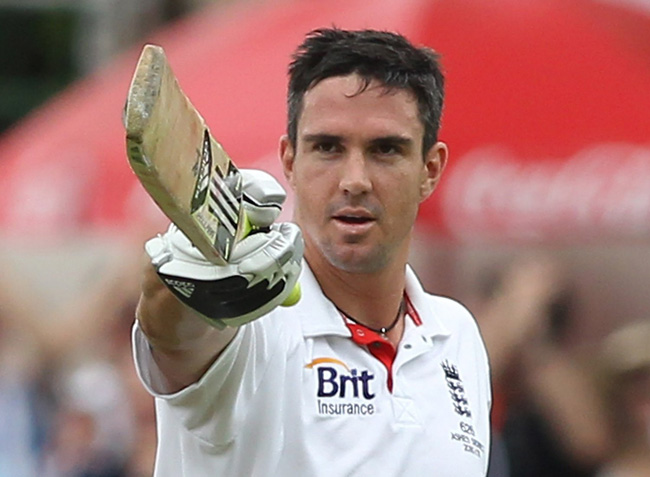