Whether anybody on the New England Patriots admits it, the Baltimore Ravens are the last team the Pats wanted to play this weekend and that’s mostly due to Baltimore’s past postseason success in New England.

The Ravens aren’t afraid to go up to Foxborough. They’ve been there and know what it takes to get the job done.

Both teams are very different since the two met in the AFC Championship game two years ago, which was a Baltimore victory. The Ravens had Ray Lewis, Ed Reed, Anquan Boldin and they had a pretty good secondary. The Patriots have Darrelle Revis & Brandon Browner along with a healthy Rob Gronkowski.

Past success by the Ravens in New England won’t win Baltimore the game. These are two very different teams.

The key for a Baltimore win will be to find a way to stop Gronkowski, if that’s even possible. The Ravens must find a way to run the football effectively. Joe Flacco must have a mistake free game. The last key for Baltimore is to force turnovers and get pressure on Tom Brady. Brady is a different QB and this is a different team when Brady is pressured.

The key to a Patriots win is to get off to a fast start. I don’t believe the Pats want this one to be close late. New England must also run the ball effectively. Revis & Browner must do their jobs. The Patriots have the weapons on offense now with Gronk, Julian Edelman and Brandon LaFell. New England’s defense will be the huge key.

Even with the past success by Baltimore, this is best all-around Patriots’ team in a while. Both offensively and defensively the Pats are a totally different team. 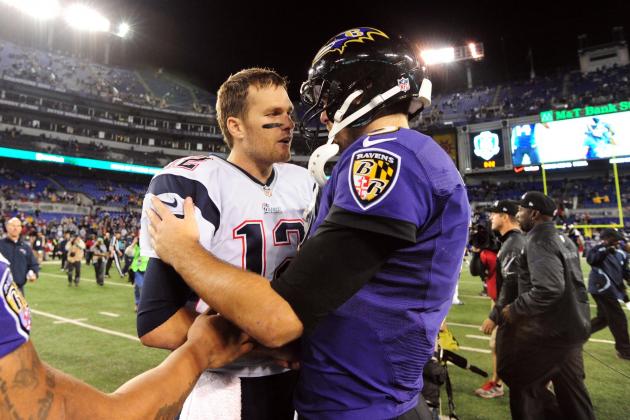