With news that the tight and tricky Turn 8 at the Azerbaijan GP has had slight adjustments made to it for the 2021 race, it is perhaps less likely that we will see some of the accidents there that have been a feature of Baku since the inaugural F1 race in the country in 2016. In qualifying at the last Azerbaijan GP in 2019, both Charles Leclerc and Robert Kubica had their afternoon cut short, as seen in this video which has racked up over a million views.

While many drivers have come unstuck at this particular corner in Baku, there are many others on the Formula 1 calendar that are just as difficult, including another Turn 8 in nearby Turkey.

One of the unlikely benefits of the pandemic has been Formula 1 returning to some of its old favourite tracks, and the 2020 edition of this Grand Prix was a classic as Lewis Hamilton secured his seventh world title. Alas, the planned 2021 race has now been cancelled, but that doesn’t mean the drivers will be missing its unique charm, for Turn 8 is one of the easiest to spin at on the F1 calendar.

Designed by Hermann Tilke, the man behind many recent Formula 1 circuits, it has three apexes with drivers approaching in sixth gear at 150mph while needing to get decent exit speed to ensure good positioning for the Turn 9/10 chicane. It is the type of corner where the slightest mistake can ruin a whole qualifying lap or a position in a race, as Juan Pablo Montoya found out at the inaugural race in 2005 when he ran wide on the penultimate lap to sacrifice second place to Fernando Alonso. Perhaps not as race-ending as the Azerbaijan GP, owing to the supermarket car park run-off areas, but one that still requires a sharp intake of breath upon entry.

Another casualty of these pandemic affected seasons is the ever-popular Canadian GP in Montreal. A lap often spent at full throttle, it offers plenty of overtaking action and plenty of potential collisions with the wall, none more so than the ironically named Wall of Champions, the final corner of the lap.

Following the tight L’Epingle hairpin, there is then a long back straight which offers ample overtaking before the drivers have to slow down for the Turn 13 chicane. It is here where many drivers have met their fate, approaching with too much speed and not being able to brake quickly enough before colliding with the wall. Perhaps not too dissimilar to Turn 8 at the Azerbaijan GP, insofar as the slightest contact with it can prove race-ending, its amusing name can be traced back to a dramatic race in 1999.

Damon Hill, Michael Schumacher and Jacques Villeneuve all fell foul of it, while Ricardo Zonta, at the time a reigning world champion in FIA GT sports car racing also had a spin there. Since then, CART champion Montoya has crashed into it, Sebastian Vettel has been off there in Friday practice and Jenson Button, world champion in 2009, missed out on a potential podium while driving for BAR there in 2005 with his own visit to the barriers. As with many of the tough corners in Formula 1, the Wall of Champions is one of the most illustrative in highlighting how reputation counts for nothing when driving flat out.

An extraordinary track, firmly popular amongst drivers and fans alike, Monza is renowned for the passionate tifosi, the fantastic podium that stretches out above the start-finish straight and its fast and flowing layout. It also has the Parabolica, a final corner double apex right-hander which combines the speed and challenge of Turn 8 at Istanbul and the Wall of Champions at Montreal.

Taken at 208mph in seventh gear, it is preceded by a long straight where drivers can slipstream before being followed by an even longer start-finish straight which invites ample opportunity for passing into the slow Turn 1/2 chicane. It is quite simply one of the most ferocious corners in Formula 1, with the slightest mistake slowing a driver down as they prepare to start a qualifying lap or make an overtake, or even worse throw them into the gravel trap and head-first into the wall for a heavy shunt.

In recent times, both current and former Ferrari drivers Charles Leclerc and Kimi Raikkonen have got it wrong there with big crashes. However, perhaps the best example of the challenge that the Parabolica brings and the consequences of carrying too much speed occurred in a Formula 3 race in 2019. Australian driver Alex Peroni ran wide, hitting a sausage kerb and flipping the car through the air in a horrendous crash, suffering a broken vertebra and missing the remainder of the season.

It wouldn’t feel right to do an article about the toughest corners in Formula 1 without mentioning Eau Rouge at Spa-Francorchamps. Ask any F1 driver what their favourite track and corner is in Formula 1 and they’re bound to mention those two. While it possesses the history and driving challenge of Monaco, there are few if any calls for the layout to be changed in the way Lewis Hamilton was suggesting a fortnight ago in Monte-Carlo.

What makes Eau Rouge so difficult is the fact that drivers have to take it flat out because of the effects of downforce, and in order to get a good exit onto the long Kemmel straight which offers plenty of chance for overtaking, as demonstrated on the opening lap of the 2013 race when Vettel used the slipstream from Hamilton to breeze past and take the lead. The corner is peculiar in how it initially goes downhill before suddenly moving uphill to go left-right-left at speeds of up to 200mph.

It is arguably the most thrilling corner in the sport and its challenges are heightened if a driver dares attempt a move there, as Mark Webber did in 2011 with a staggering overtake to get past Fernando Alonso. Similarly to the other corners above, there is the potential for nasty crashes, with Villeneuve and Zonta going off there in the 1990s and Giancarlo Fisichella for Renault in 2005.

Like at Turn 8 at the Azerbaijan GP, crashes at Eau Rouge are often substantial enough to bring out a safety car or red flag as debris gets strewn across the track, as witnessed in 2016 when Kevin Magnussen had a huge accident in the Renault causing the race to be restarted. 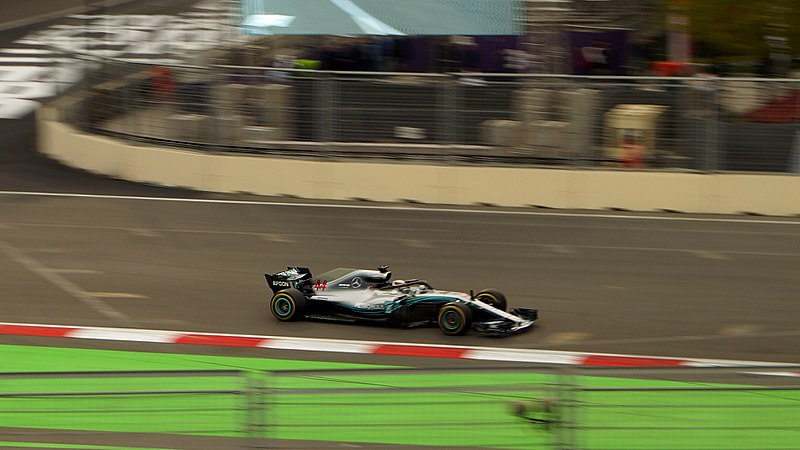