We are not even a month out of Super Bowl LV (see the recap here: https://worldinsport.com/super-bowl-lv-bucs-shut-down-chiefs/ ) and we already have a ton of action on the quarterback market. Two major trades have placed three franchise quarterbacks on new teams. A few quarterbacks have reached new, or restructured old deals. And two of the hottest quarterbacks in football, DeShaun Watson and Russell Wilson, are in many trade rumours.

Join me as I have a little fun predicting a few quarterback landing spots, and break down why each of these moves makes sense. For a quick glance at some of the important factors I am going to consider: does the team have salary cap space for the move ( https://www.spotrac.com/nfl/cap/2021/ ), does the team have the draft capital and the correct picks to make a trade rewarding ( https://www.espn.com/nfl/draft2021/story/_/id/30639724/nfl-draft-order-2021-first-round-picks-1-32-including-jaguars-no-1 ), and will the player work in the new market.

DeShaun Watson to the Miami Dolphins

I am fully aware that the Houston Texans claim they aren’t interested in trading away quarterback DeShaun Watson ( https://www.cbssports.com/nfl/news/texans-inform-other-teams-that-they-will-not-trade-deshaun-watson-per-report/ ), but I, like so many other people, truly believe he has played his last game in a Texans uniform.

The issue the star quarterback has with his team isn’t about money, it is about respect and the lack thereof shown by this organization to its star players. If Houston doesn’t trade Watson, he will holdout and they will lose out on his services. Sooner or later, they will come to that conclusion.

So why does this trade make sense for the Texans? The Dolphins can offer them an instant rebuild. Houston is in desperate shape as far as draft picks, as a result of Bill O’Brien sabotaging the franchise, meanwhile, Miami is set up beautifully with two first-rounders and two-second rounders this year.

What if they were to send those four picks and let’s say quarterback Tua Tagovailoa? Maybe add in another future draft pick? It would be impossible for Houston to find another offer that makes them more relevant that quickly again. What’s more, one of those picks is the third overall, they could easily select Ohio State quarterback, Justin Fields in that position.

For the Dolphins this move is obvious. They have the salary-cap space and they have the draft capital to make a move without mortgaging their future. Most importantly, they are a franchise quarterback away from being in serious contention. Last year, they went 10-6 with a quarterback platoon. With Watson at quarterback, they could easily contend with the Chiefs to represent the AFC.

Why does this make sense for Watson? He gets to leave Houston. He gets to say good-bye to a franchise that used and abused him and ultimately showed him no respect. He also can continue his career in the warm weather climates he has enjoyed in both Houston and at Clemson. Its a no brainer.

Russell Wilson is one of the greatest quarterbacks in the sport and will go down as an all-time great: https://worldinsport.com/russell-wilson-is-an-all-time-great-qb/

However, the Seahawks have done little to keep him on his feet for a while now. Yes, they surround him with weapons, but somehow cannot seem to get an offensive line to keep him safe. As he is starting to get older, this is becoming more of a priority. Therefore, he requested the Seattle organization for a trade.

Now I get it, the Jets are not on the shortlist of teams that Wilson gave the Seahawks to consider. He requested the Saints, Bears, Cowboys or Raiders. Here’s why I think they can make a trade to New York beneficial for all.

From Seattle’s perspective, you never know how long a player is going to last. At the age of 32, this might be one of the last few years that the Seahawks can get an insane payout for their star quarterback, being that he can still be considered a long term investment for a franchise. Unless they plan on making their disgruntled quarterback a Seahawk for life, now is the time to move him.

If they trade with the Jets, they could easily get their two first-round picks, their second-round pick, next year’s first-rounder and Sam Darnold. What’s more, the Jets own the second overall pick in the draft, where Seattle can take their quarterback of choice between BYU’s Zach Wilson and OSU’s Justin Fields ( https://www.nbcsports.com/chicago/bears/2021-nfl-draft-top-7-quarterback-prospects ). This haul will downgrade them at quarterback but should improve their team as a whole.

From Jet’s standpoint, this trade makes a ton of sense. No, they are not just one quarterback away from contention right now, however, they have a monster offseason ahead of them regardless of whether or not they have their first three draft picks. They would still have 6 picks remaining and they would have over $80 million in cap space for free agents. This means that they cannot only add Russell Wilson at quarterback, but they could still add a few more studs.

Seattle and New York also have had the benefit of making a blockbuster trade with each other just last year. Both teams benefitted from the Jets sending Jamal Adams to the Seahawks.

Now, why does this make sense for Wilson? After all, he only wanted to play for one of four other teams. He can get a better offensive line. The Jets made several improvements to the O-line last year, and many of them should be that much better this year. The teams that Wilson requested for trade to are all in salary cap trouble and many of them will probably cut the linemen that make them appealing for him.

Ultimately, Wilson will see that and should be content with the trade. Add in that he is already used to playing in a wet and windy city and that his personality should go over well with the New York media. We have a perfect fit.

Alright, I made a few easy predictions, here’s my bold one. I think the Patriots give Cam a second chance and get him a huge weapon: they trade for Michael Thomas from the Saints. There’s a nice double-dip for you.

Now I know that Cam Newton was exposed last year and many times looked downright awful, but I am one of the few that is willing to give him a bit of a pass for a few different reasons: late signing with no pre-season, weapons were terrible and COVID-19.

It is not easy to start any new job, come in cold turkey and perform well. Let alone a physically demanding job the year after you come back from an injury. The lack of a pre-season was seen throughout the league, as injuries piled up and star players slumped. Cam clearly wasn’t Cam last year.

Remember at the end of 2019, when Tom Brady looked old and stagnant in that Patriot offense? Now, remember what he looked like in 2020 with the World Champion Buccaneers? Coincidence, or is the rest of the offense just that bad. I go with the later, and this year New England has enough cap space to fix that.

The last point speaks for itself just with the way the world is now: COVID-19 is tough to come back from. Newton did not look the same after he caught it and struggled to throw accurately the rest of the season. An offseason of recovery, conditioning and game planning and he will look like a different quarterback next year.

I’m sure Bill Belichick will see this and offer the second chance that he has offered so many in the past. I’m also sure, that with some new weapons, Cam will take advantage of this. Also, remember this: Cam, despite his woes as a passer last year, still proved he had every step as a runner. One can only imagine what his new ceiling will be.

Enter Michael Thomas. There was clearly a falling out with New Orleans last year, whether it be will injury, punching a teammate or creative differences. Add this to the fact that the Saints are in a lot of salary cap trouble, and Thomas makes a ton of money. Trading Thomas away makes sense.

The Patriots have both the cap space to bring on that contract and the reputation for bringing in stud receivers with baggage. Whether it was Randy Moss, Josh Gordon or Antonio Brown, Belichick has always had a soft spot for reclamation projects

Just few more quick, quarterback predictions that I have given a little bit of thought to.

Trevor Larence obviously goes #1 overall to the Jaguars, with Zach Wilson going #2 to the Seahawks and Justin Fields going #3 to the Texans. The Texans make Tua and Fields fight for the job. Darnold and Zach Wilson battle it out for the job in Seattle.

The Cowboys wise up and pay Dak despite the injury, and he leads the NFL’s #1 offense in 2021.

Andy Dalton and FitzMagic will both end up as starters somewhere next year.

That’s all for now, next week I will predcit a few big free agent signings and cuts, in preparation for the NFL 2021 calendar starting.

In you want to catch up with more of the 2021 off season, here’s an article on the new coaching changes: https://worldinsport.com/jaguars-jets-and-several-others-start-anew-at-head-coach/ 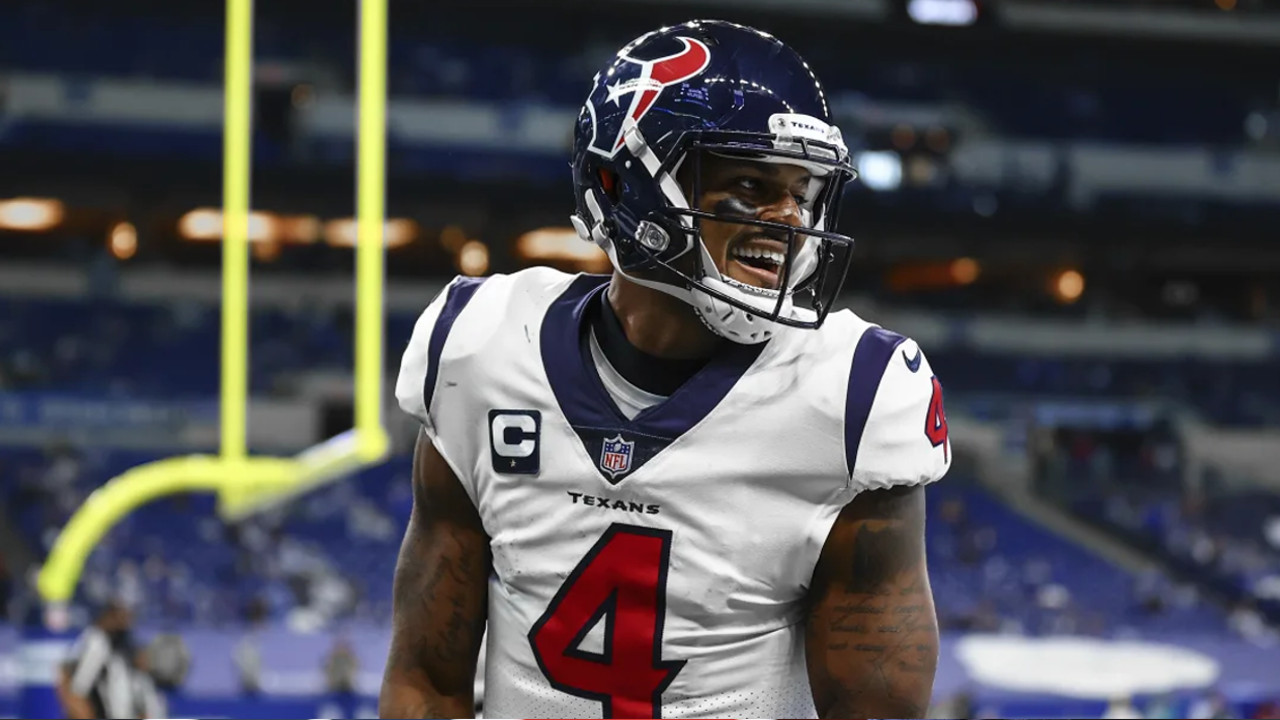