Russell Wilson, 0 MVPs, 0 MVP votes, 0 respect. He is one of the best quarterbacks I’ve ever seen, and he is showing himself to be regarded as Seattle Seahawks greatest QB. Russell Wilson at every stage of his career has consistently been elite and has carried the Seahawks into relevancy.

Russell Wilson’s worst season was 2016 where he had 21 TDs, 11 INTs, and 3.6 rushing yards per attempt. Pretty odd for an elite QB right? Well statistically speaking he was probably better than Aaron Rodgers in 2019 where Rodgers made the Pro Bowl. He had a better EPA, better QBR, better passer rating, and this is despite Wilson having more sacks than Rodgers. So what does this say about Russell Wilson?

He’s been a top 10 QB since he entered the league, and in every year outside of his 2016, he’s had an above 95 passer rating. Every year you can write him down for a below 2% interception percentage and above 6% touchdown percentage with 500 yards rushing.

Do you think Aaron Rodgers or Matthew Stafford has no help? How about Russell Wilson only having 1 season having less than 40 sacks, where he was sacked 33 times in 2012, his rookie season. His receiving core has always been suspect before this year and he’s obviously never had a real offensive line.

There is no way you can argue that Wilson gets a lot of help, yet he’s never won less than 9 games in a season and he has 10 or more wins in every year but in 2017. Even when he lost to the Patriots, he had a stellar game until the end. He’s been the sole purpose the Seahawks have not been below .500 in a while, and he’s done more for the Seahawks than any other player on any other team.

Where Does Russell Wilson Rank All Time?

Honestly, if he gets himself an MVP this year then he could get himself into the top 10 all-time talks. He could grab another Superbowl with Jamal Adams coming in and how great he’s looked. This is a guy who can get the job done with the right pieces. Right now I think he’s one of the best to ever do it and a Hall of Fame shoo-in. He has the Superbowl, the stats, and while he doesn’t have the MVP, neither does Brees. Wilson is also only 31, so if he has 6 more prime seasons and collects and MVP and a Superbowl, he’s in that top 10 for sure. 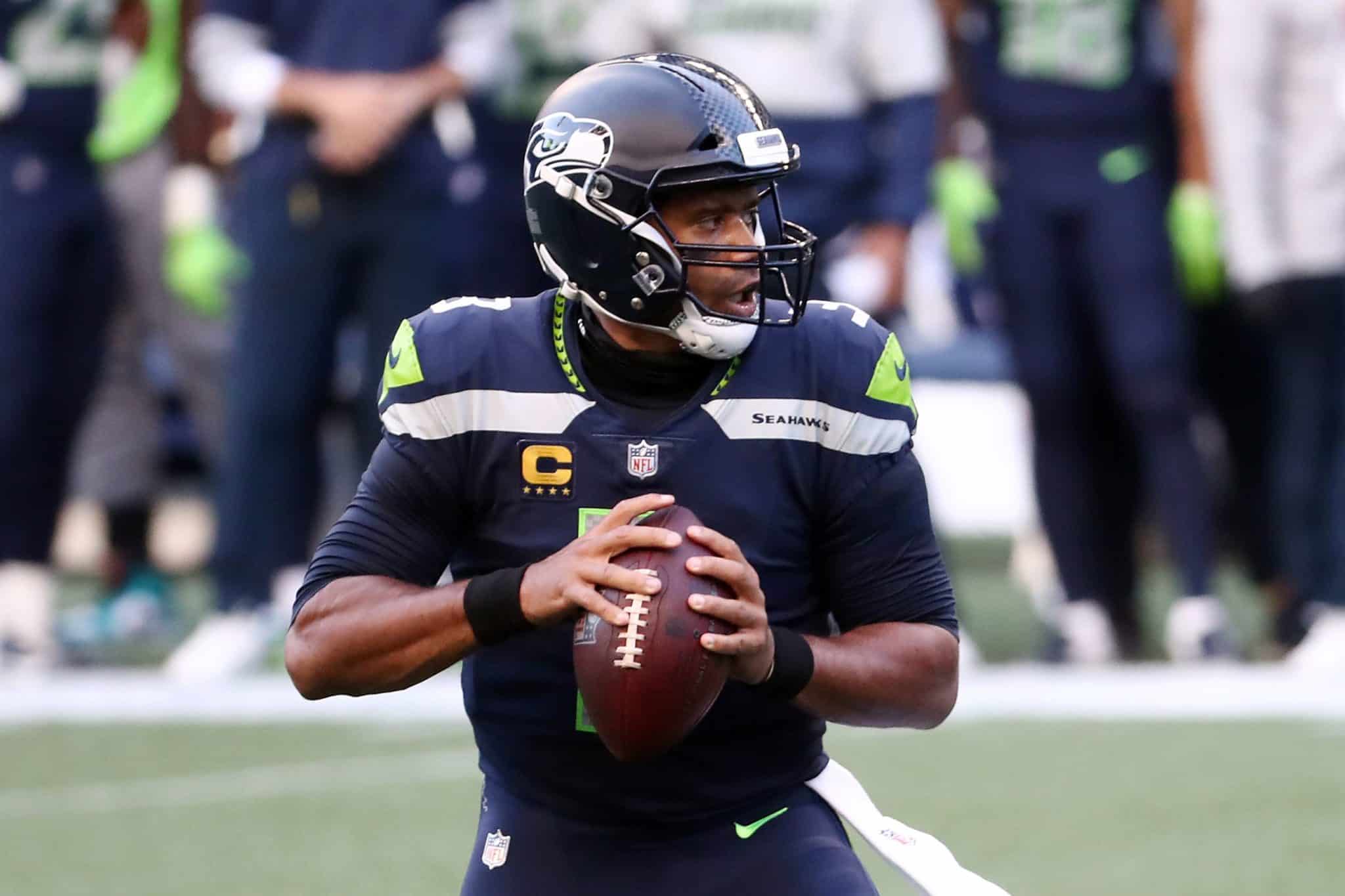 1 thought on “Russell Wilson Is An All-Time Great QB”