Rishabh Pant launched a spectacular late assault hitting a flamboyant 101 to put India in charge of the fourth and final Test against England in Ahmedabad on Friday.

England began well with Ben Stokes leading a lion-hearted bowling effort in the first two sessions but Pant’s century-plus partnership with Washington Sundar tilted the game in favour of the hosts who finished Day II on 294-7. Sundar was batting on 60 at stumps and Axar Patel was on 11 with India 89 ahead recovering well after being down 121-5 at one stage. Having posted a below-par 205, England could not afford to let India get off to a flying start and their bowlers responded brilliantly after the hosts resumed the day on 24-1.

James Anderson bowled a tight line while Stokes, who battled an upset stomach on Thursday and still top-scored with 55, was relentlessly hostile. Left-arm spinner Jack Leach earned the breakthrough trapping the solid Cheteshwar Pujara lbw for 17. He prodded forward hiding his bat behind the pads to a straighter one from Leach and Nitin Menon made a good decision factoring in the deliberate padding to a ball that was hitting off-middle.

Ajinkya Rahane (27 off 45 balls) hit a flurry of boundaries to get the scoreboard moving but Anderson had him caught at second slip by Stokes with a beautiful delivery that held its line at the stroke of lunch in a session. The approach taken by Rohit and Pujara during their 40-run stand of 24 overs in the morning session, wasn’t a bad one. They saw off Anderson’s morning spell with Stokes bending his back at the other end.

The flashy shots were cut out and with all the time at their disposal, they were ready to grind the bowlers out and dispatch those occasional bad balls to the boundary. Stokes’ one such full toss or a tossed up one from Leach was given some rough treatment by Rohit, who otherwise produced a dead defensive bat on multiple occasions. It was only towards the fag end of the session that he played an aerial shot, slog-sweeping Dom Bess between deep mid-wicket and deep square leg for a boundary. Pujara also did the hard work but ended up frustrated with Leach making him his bunny.

Stokes bent his back to generate awkward bounce and one such delivery fetched him the prize wicket of Virat Kohli. The India captain could merely nick the rising delivery behind to be dismissed for an eight-ball duck. Opener Rohit Sharma, who made 49, was smacked on his helmet by another such delivery from Stokes. The all-rounder returned after the lunch break to deny Rohit his fifty and Leach sent back Ravichandran Ashwin to peg back India.

Pant began cautiously but accelerated spectacularly, especially after England took the second new ball. The left-handed batsman nonchalantly reverse-swept Anderson to race into the 90s and slog-swept Joe Root for a six to bring up his third Test century. The England duo combined to end his swashbuckling innings as he swatted an Anderson delivery to Root at short mid-wicket. Pant’s 118-ball blitz was studded with 13 boundaries and two sixes. For someone, who has always been criticized for his lack of game awareness, it was Pant 2.0 at play where he defended when it was necessary but unlocked his brutal attacking instincts when required. His first 50 came off 82 balls and the next off 33 balls with Washington being the ideal foil, holding one end well. Sundar hit eight boundaries against a tired-looking England attack.

Former India captain and BCCI president Sourav Ganguly on Friday predicted that Rishabh Pant will be an all-time great across formats in years to come. “How good is he? Unbelievable. What a knock under pressure…not the first time and won’t be the last time. Will be an all-time great in all formats in the years to come. keep batting in this aggressive manner. that’s why will be match-winner and special,” wrote Ganguly on Twitter.

“Pant has his own style of batting. Obviously, there have been messages, as to how he needs to approach his innings. He seems to be batting in his own style which is great from our perspective as well because he seems to be getting the job done, which is more important,” senior teammate Rohit Sharma said about him at the post-match press conference. 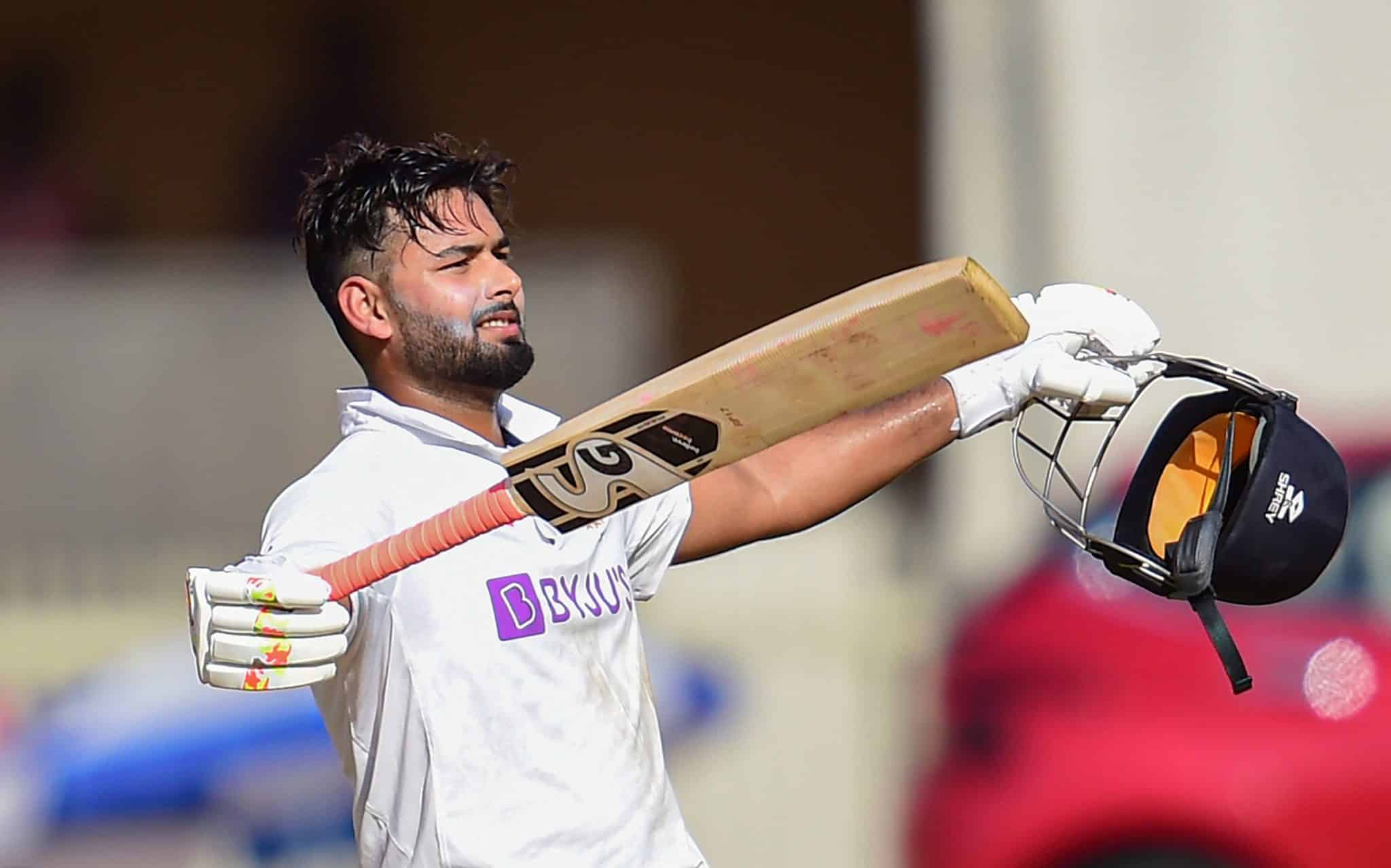