The Queensland Maroons have won their first Women’s State of Origin title against the New South Wales Blues with the young guns in their spine leading the charge.

It was a night of firsts for women’s rugby league, with the game played at the Sunshine Coast Stadium in Queensland after the inaugural two State of Origin matches were held at North Sydney Oval. Their inaugural win under the State of Origin banner is also their first interstate victory since their 17-year unbeaten run.

With nine on debut, the new-look Maroons side dominated the field throughout but struggled to make a major early impact on the scoreboard.

Both teams missed opportunities to open the scoring until Upton ran 80m and dodged opposite number Botille Vette-Walsh to cross the line just before the 15-minute mark.

The Blues responded ten minutes later with a Melanie Howard grubber kick sending Kezie Apps across for a try. But they found themselves on the back foot straight after – a powerful kick-off from Queensland with the wind behind it accidentally went across the dead ball line off a Jessica Sergis foot.

The goal line dropout helped Queensland over again, but the Bunker found that NSW successfully held the ball up.

Both sides headed to the sheds with six points each. The longer halves made this a 70-minute match for the first time, after past games were made to last 60 minutes.

Queensland hit full throttle after the break, with Tarryn Aiken breaking the Blues line to set Upton up for her second try of the game. Aiken found the line herself eight minutes later with a dummy pass a metre in front.

The game was paused in the 60th minute after a head clash left NSW prop Millie Boyle with a broken nose and a bloodied face.

When play restarted, the Blues kicked off their comeback immediately as Tiana Penitani dragged two Maroons defenders over the tryline with her.

While Rona Peters put up a brutal tackling effort to threaten the Blues’ comeback hopes, they kept up the defensive pressure with several sets inside their attacking 20 in the final minutes. It paid off when Filomina Hanisi crashed over to tighten the margin to ten.

Vette-Welsh threw a dummy both ways before breaking the Queensland defensive line to score in the corner.

But it was the conversions that made the difference for the Maroons. Both sides had scored four tries each, but NSW kicker Melanie Howard missed all three attempts in the second half, which would otherwise have evened the scores.

The Blues had eight seconds to muster up a last-ditch effort to send the game to extra time, but the Maroons kick-off bounced over touch to seal the deal for Queensland.

The predominantly Maroon crowd of nearly 5,000 cheered and stuck around to watch their team lift the trophy in the post-match celebrations.

Tarryn Aiken was awarded the Nellie Doherty Medal for her crucial attacking performance, while captain Ali Brigginshaw invited Steph Hancock to lift the shield with her as the star veteran called time on her representative career.

The team celebrated by singing the classic Maroons victory song, “Singin’ Aye Aye Yippee Yippee Aye”, for the first time since the women’s interstate game was branded as State of Origin.

Their men’s counterparts will hope to sing the same song when they face NSW in the third and final game of the series.

In a series already filled with controversy, the Maroons won the first game in Adelaide against all odds, with pure belief pointed to as the main factor.

NSW bounced back strongly to overwhelm the Maroons 34-10 in the second game earlier this week, sending the series to a decided in Brisbane and leaving fresh questions about the Queensland side.

They play next Wednesday on Queensland’s stomping ground, in front of what’s expected to be a full house after stadium limits were removed in the state. 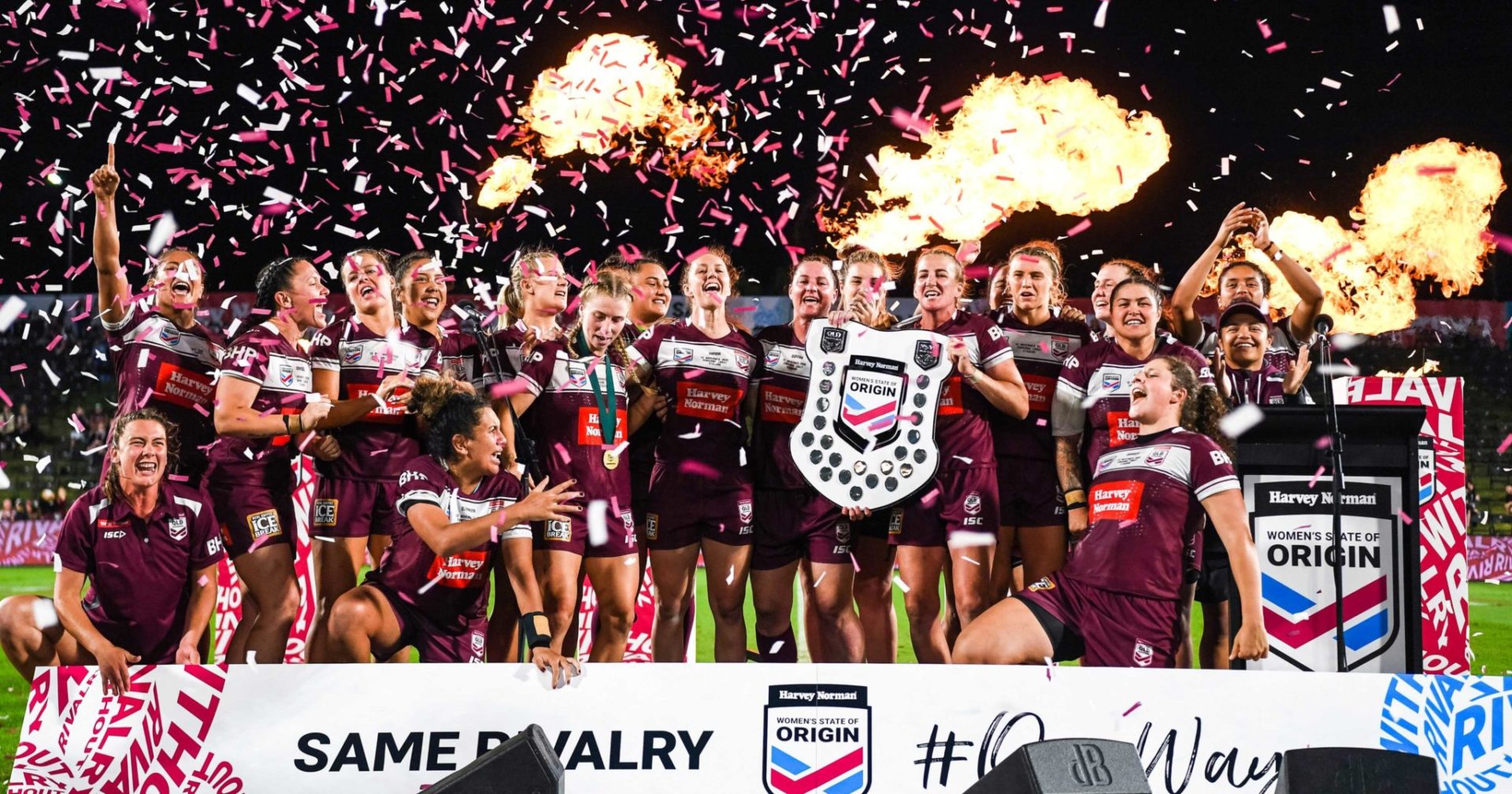