Day Two at the Masters proved to be just as exciting as the first, with many players taking advantage of the receptive conditions to post some pretty low numbers for Masters golf.

Patrick Cantlay, Danny Willett and Rory McIiroy all shot 66’s to push themselves right up the leader board, Cantley is just one shot off the lead after backing up his first-round 70 to be eight-under par through two rounds, whilst 2016 Champion Willett went five shots better than his first round to be just two off the pace after 36 holes.

Willett had missed the cut every year since his 2016 triumph, but he had put that right this year and is right in the mix for his second green jacket.

And Rory, well he looked down and out after a first-round 75, summed up with an appalling tee shot at 16th which found the water and was nowhere near the green, but he bounced back in style by improving by nine shots to end up three under and six back after two rounds, keeping his hopes of a career grand slam going, although he will need two rounds similar to today to achieve that you feel.

Who else caught the eye on Day Two? Well, two up and coming stars certainly put their hat into the ring. Abraham Ancer, the Texan born Mexican, and Aussie Cameron Smith are in a four-way tie for the lead with World Number One Dustin Johnson and World Number Three Justin Thomas.

The decent company you could say. (Also worth mentioning it soon could be a five-way tie at the top if World Number Two Jon Rahm makes a pretty makeable birdie putt at thirteen on resumption tomorrow)

Ancer is making his Masters debut but looks like a veteran and has taken to this course like a duck to water, whilst for Smith, this is his fourth Masters.

A good point raised was that with this being the first Masters being played so late in the year, the course is playing way different to what it normally does, meaning it might not be as much of a disadvantage to novices here than it may have been having the tournament been played in April.

Food for thought, but that leader board is packed full of quality after two days play, although the battle to make the cut is just as exciting as the ones trying to grab the lead.

Even par currently is the cut mark but this could easily change to one under par, such is the scoring in this tournament, in fact, the first round saw 53 players par or better, which is a record for Masters golf.

USPGA champion Colin Morikawa sits right on the cut mark after rounds of 70 and 74, and Shane Lowry also sits even par after ten holes of his second round.

You also have Jason Day, 2015 champion Jordan Speith, Graeme McDowell & Rafael Caberra Bello all on even par with several holes to play in their second rounds which resume tomorrow morning. They all need solid endings to their rounds to make sure they are here for the weekend.

Now, what of Bryson De Chambeau you say? Well, today he had a terrible time of it and was two-over-par at one stage, including a triple-bogey seven on the par-four third hole after he lost his ball off the tee rather, unfortunately.

He cut a frustrated figure although after birdieing the par-three 12, he has an eagle putt on thirteen when he resumes tomorrow, so if he makes that he will be the right side of par once again. He is certainly box-office that is for sure!!!

Notable players to miss the cut include Matthew Wolff who ended three over after 36 holes, Tyrell Hatton, who had been in superb form this season, also ending three over, and last years 54 hole leader Francesco Molinari, who shot six-over-par through his two rounds this year.

Just shows you that Augusta National can still play tough even though the course was playing the easiest it has been for some time.

A quick word on the amateurs, well John Augenstein is the only one to be under par after putting together two decent rounds, 69 and 72, to be three-under and T-27 with the likes of Rory and only six back, although he was as high as fifth at one point when six under par.

The only other amateur with a chance of reaching the weekend is Andy Ogletree, who is level par through ten holes of his second round, so sits right on the cut line and is in a group with Tiger Woods and Lowry of course.

Defending champion Woods is T-22 and five off the lead at four-under by the way, so a good finish to his second round would see him right up there challenging for the second year in succession, what a story that could be.

Before I wrap this article, special mention to 63-year-old Bernhard Langer, who today became the oldest player to make the cut at the Masters after his second round 73 saw him at three-under-par and six back in T-27, an extraordinary achievement for someone playing in his 37th Masters. Bernhard, I doff my cap to you, what a man!!!

Anyway, we are in for quite a weekend that’s for sure, who is going to win this one, it’s anyone’s guess quite frankly, and who would make the cut before the third round begins, that is just as up in the air too, so so much to play for from the get-go on Day Three!!! 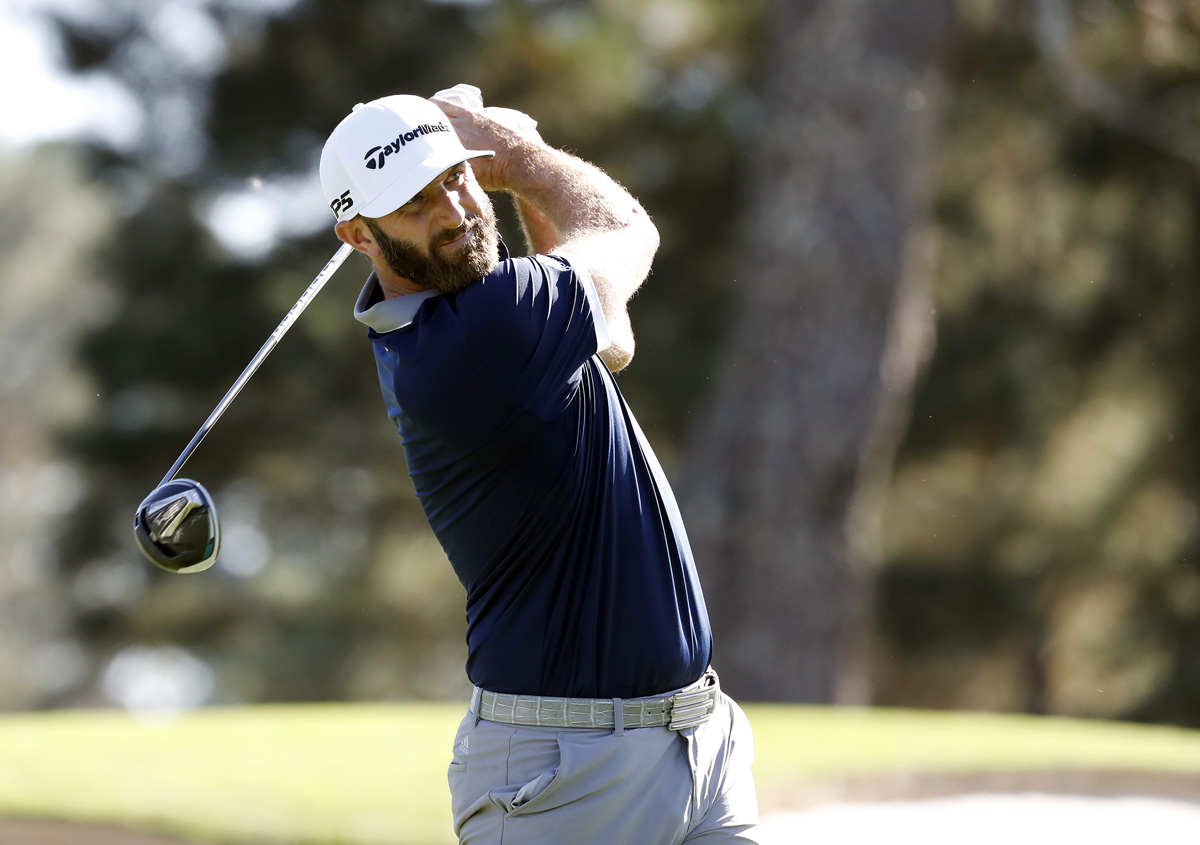