Kagiso Rabada and Marcus Stoinis starred for the Delhi Capitals as they controlled their nerves to edge Kings XI Punjab in Super Over. Rabada dismissed KL Rahul and Nicholas Pooran while conceding just 2 runs in the deciding over.

Rishabh Pant and Shreyas Iyer batted for Delhi in the Super Over and settled the game in 2 balls.

It was a heartbreak for Mayank Agarwal who scored 89 runs in 60 balls but found Simron Hetmyer when Kings XI Punjab needed 1 run from 2 balls to win. Agarwal had batted brilliantly throughout the 119 balls he lasted. While wickets tumbled from one end while chasing 158 runs, he held the other end. However, he struggled for partners. Krishnappa Gowtham was the only player who complemented Mayank, stitching together a 46-run partnership.

Stoinis bowled the final over with Kings XI Punjab needing 13 runs to win. He was hit for a six and a 4 in the first 3 balls- 2 runs were scored of the 2nd ball. A dot ball built the pressure. But with 1 run needed Agarwal found the only fielded guarding the boundary. Chris Jordan then hit the next ball straight to Kagiso Rabada to set up the superover.

Earlier, Ravichandran Ashwin laid the foundation for Punjab’s batting collapse. He dismissed Karun Nair and Nicholas Pooran in the 6th over while Rabada dismissed Glenn Maxwell in the 6th over to give Punjab early jolts. Axar Patel sent back Sarfaraz Khan to leave KXIP reeling at 55-5 after 10 overs.

Shami picks up from where he left

Md Shami looked as fit as ever and picked up from where he left last season, picking up 3 wickets for 15 runs. His early heroics left Delhi reeling at 13/3. Shreyas Iyer and Rishabh Pant consolidated the innings with a 73-run partnership.

Before his heroics with the ball, Stoinis had already starred with the bat in his hand. He hit a half-century (53 of 21 balls), laced with 7 boundaries and 3 sixes, and helped Delhi add 61 runs in the final 4 overs.

Sheldon Cottrell bowled brilliantly, finishing the game with 2 wickets while conceding a meagre 24 runs in his 4-over quota. Meanwhile, Ravi Bishnoi picked up 1 wicket.

Ravichandran Ashwin endured a dream and a nightmare in a space of 6 balls. He suffered a suspected shoulder dislocation. Brought in during the final Powerplay over, Ashwin first got Nair and then bowled Pooran through the gate but a needless dive to stop a single off the last delivery saw him land awkwardly on his left arm with shoulder taking the jerk. 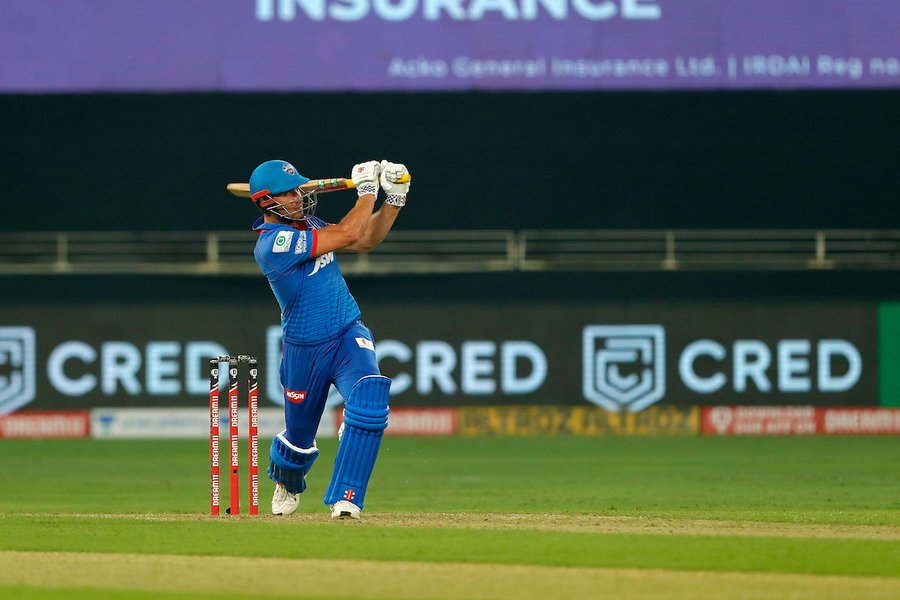