Qualifier, fourth round at Wimbledon, a US Open Champion, and now the BBC Sports Personality of the Year. Can life get any sweeter for Britain’s Emma Raducanu,

Making your grand slam debut at the age of 18 is quite something, especially when you are awaiting your A-level results, but Wimbledon 2021 saw a glimpse of a new ray of hope for the nation.

Breathing difficulties were what forced her to retire from her fourth-round match against Australia’s Ajla Tomljanovic, but what transpired after that, was truly remarkable.

The young Brit entered the US Open as a wild card and stunned the whole world by winning the Slam without dropping a set in the whole tournament.

“I’m really happy with this, I’ve watched Sports Personality of the Year growing up and it’s an honour to be among those past winners.”

“I’m happy for British tennis as well, and that we’ve managed to get this award…again!

“Thanks to all the fans and voters, this year has been insane. The energy this year playing at Wimbledon in front of my home crowd, that was something I’ve never felt before.”

The British Number One also becomes the fourth tennis player to win the award after Virginia Wade, who won it in 1977, Greg Rusedski in 1997, and Andy Murray who won it three times, with the latest being 2016 when he won his second Wimbledon title.

She also becomes the first female to collect this award since Zara Tindal in 2006.

Team Of The Year: England

What a summer it was for the whole nation as England reached the final of a major tournament in 55 years. Winning the Euros would have been the icing on the cake, but a World Cup semi-final followed by a European Championship final has given the nation hope of achieving the biggest prize in football and emulating the success of 1966.

Gareth Southgate’s Three Lions started the tournament as the second favourite to World Champions, France. However, Didier Descamps’s side suffered a shocking exit at the hands of Switzerland in a thrilling 3-3 game, in which they lost 5-4 on penalties. Portugal, Belgium, and Spain were also eliminated in the knockout phase with England knocking fierce rivals Germany out.h

Unfortunately, there was no pot of gold at the end of the rainbow as their worst nightmare in a penalty shootout came back to haunt them in the final against Italy, who were crowned champions of Europe. Can they come out on top in Qatar 2022?

Coach Of The Year: Gareth Southgate

Being a football manager is one of the toughest jobs in football, however, managing a national team is even tougher, especially when you have the weight of expectation from the whole nation.

Ever since Terry Venables guided England to the semis of Euro’96, it had always been a struggle for England to reach the latter stages of an International tournament.

That was until Southgate took over a depleted England, who had bizarrely lost Sam Allardyce after just one match, due to allegations of newspaper investigation claiming he offered advice on how to “get around” rules on player transfers.

Southgate’s appointment by the FA has changed the fortunes of the nation as England reached the semis of Russia 2018, followed by this year’s European Championship Final. Can England go one better in Qatar 2022?

‘I am concious that teams want trophies, but what appealed to peolpe was that this team from the youngest to the oldest, from those who played in the tournement.’ “I’m fortunate to work with good people that make it easier for me.”

“I’m concious that teams like trophiies, so you’ve got to acknowlledge that, but I think what appealed to peolpe, was that this team from the youngest to the eldest, from those that played every minute to those who didn’t play any minutes, they really pulled together through the whole summer, and I think they represeented the country brilliantly on and off the pitch.’ ‘I know a lot of the coaches here who are outstanding, we’ve got some brilliant talent in this country.’

‘Managing in football is a very complex buisness, so I’m very fortunate to work with good people and they make it a lot easier for me.’

First female rider to win The Grand National. She was also is the first woman to be leading jockey at the Cheltenham Festival in March, where she racked up six victories.

“The support has been incredible. I got such a kick out of being on that list of nominees. This is just incredible,” “My dreams were so big, but this year far surpassed anything I could have ever imagined.’ ‘The reaction has been so brilliant, I feel very privileged to have the year I hav had.”

Diagnosed with breast cancer in October 2020. However, she continued her career at Arsenal and Scotland after being cancer-free.

“Getting told you have cancer is a life-changing moment,””It was horrific, there is no other way to describe it, especially in the middle of a pandemic when you don’t have your friends and family there with you.”  “Even being able to say the words ‘cancer free’ is just the best feeling.”

The American gymnast was the favourite to win Olympic Gold in most of the events this summer. However, she was forced to pull out due to reasons involving her mental health

“When I see those names who have been honoured before me, I can hardly believe it,” “2021 wasn’t the year I was expecting. This summer, I had to take a step back from competition to recover from an invisible injury.” “”That was the hardest decision of my life, but I chose to speak out to show mental health struggles are nothing to be ashamed of.’ “I was expecting some criticism at first, but what happened was the complete opposite. The support and encouragement I received were overwhelming, and it fills my heart to think of those positive words.’ “I want to take this moment to thank my teammates, my friends, and my family, who gave me – and continue to give me – so much love and strength. “I’m so grateful to everyone in the UK who sent such supportive and loving messages to me at that time.” “What I will always treasure, more than any medal, is hearing how I may have helped someone feel a little better.'”I will carry on fighting for what I believe in, for sport to be a safer place for young people to grow and flourish, and I will continue to speak up about mental health.”

‘I can’t believe it, I’m so thanful.’ ‘I just want to make Britain proud as much as i can, and I did. “I want to inspire the worlsd, especially little girls, and teach them that skateboarding is for everyone.’ ‘If you believe in yourself, you can do anything.’

What was also special about this achievement, was that she suffered a serious accident in training, fracturing her skull and breaking her left arm and wrist. She also had lacerations in her heart and lungs.

So, this caps off another special year of sport, what will 2022 bring?

For all the latest news and gossip, tune into World In Sport. 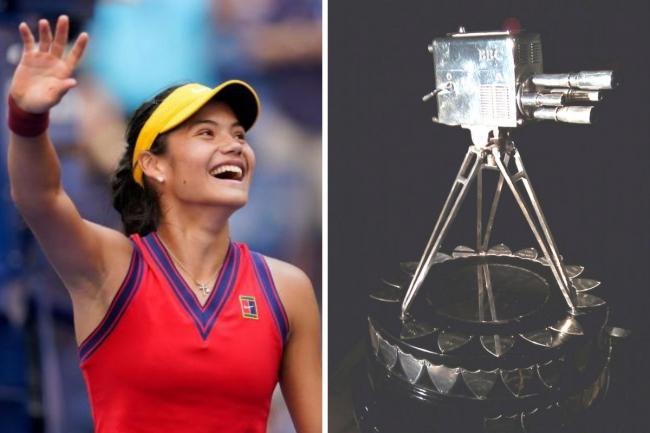