Rafa Nadal established himself as the face of Spanish tennis after bursting onto the ATP Tour and winning his first Grand Slam title in 2005. He now holds 21 Grand Slam titles, the most won by any male tour player.

With Rafa soon approaching his 36th birthday, many tennis fans around the world may be wondering who will be the next Spaniard to continue his Grand Slam domination upon his retirement (although that seems unlikely any time soon).

But, given Alcaraz’s huge success in only two years on the professional tour, it appears that Spanish tennis is in safe hands.

The ‘Next Rafael Nadal‘

When Carlos Alcaraz made his ATP Tour debut in 2020 at the age of 16, he was relatively unknown in the world of tennis. Fast forward two years later and the Spanish teen has been nicknamed the ‘next Rafael Nadal’, picking up two career titles and reaching a rank of #19 in the world.

When Alcaraz started to become a familiar name in tennis, many fans were quick to point out a striking similarity between him and Nadal and it wasn’t the fact that they share the same nationality. The similarity is their playing style. The two Spaniards play a similar style of attacking tennis and even have identical “explosive forehands”, according to Mats Wilander.

On Saturday 19th March, Alcaraz and Nadal faced off in a three-set thriller in the semi-final of the BNP Paribas Open in Indian Wells. Nadal won 6-4, 4-6, 6-3 and advanced to play Taylor Fritz in the final. Despite his loss, Carlos proved that he is comfortable playing against the heavyweights on the men’s tour. In fact, in the last 2 months alone Alcaraz has defeated Diego Schwartzman, Fabio Fognini and Matteo Berrettini.

Before his semi-final match at Indian Wells, Rafa had nothing but praise for young Alcaraz, stating that he “reminds me a lot of things when I was 18 years old”. Rafa went on to say that Carlos has all the right people around him and in terms of his career, he is “unstoppable”. With two ATP Tour titles already under his belt and a work ethic resembling that of his idol Rafa, we could be seeing a lot more of Alcaraz

Carlos is currently playing in the Miami Open Masters 1000 event where he has made it to the round of 32. He will face Marin Cilic for a spot in the final 16. 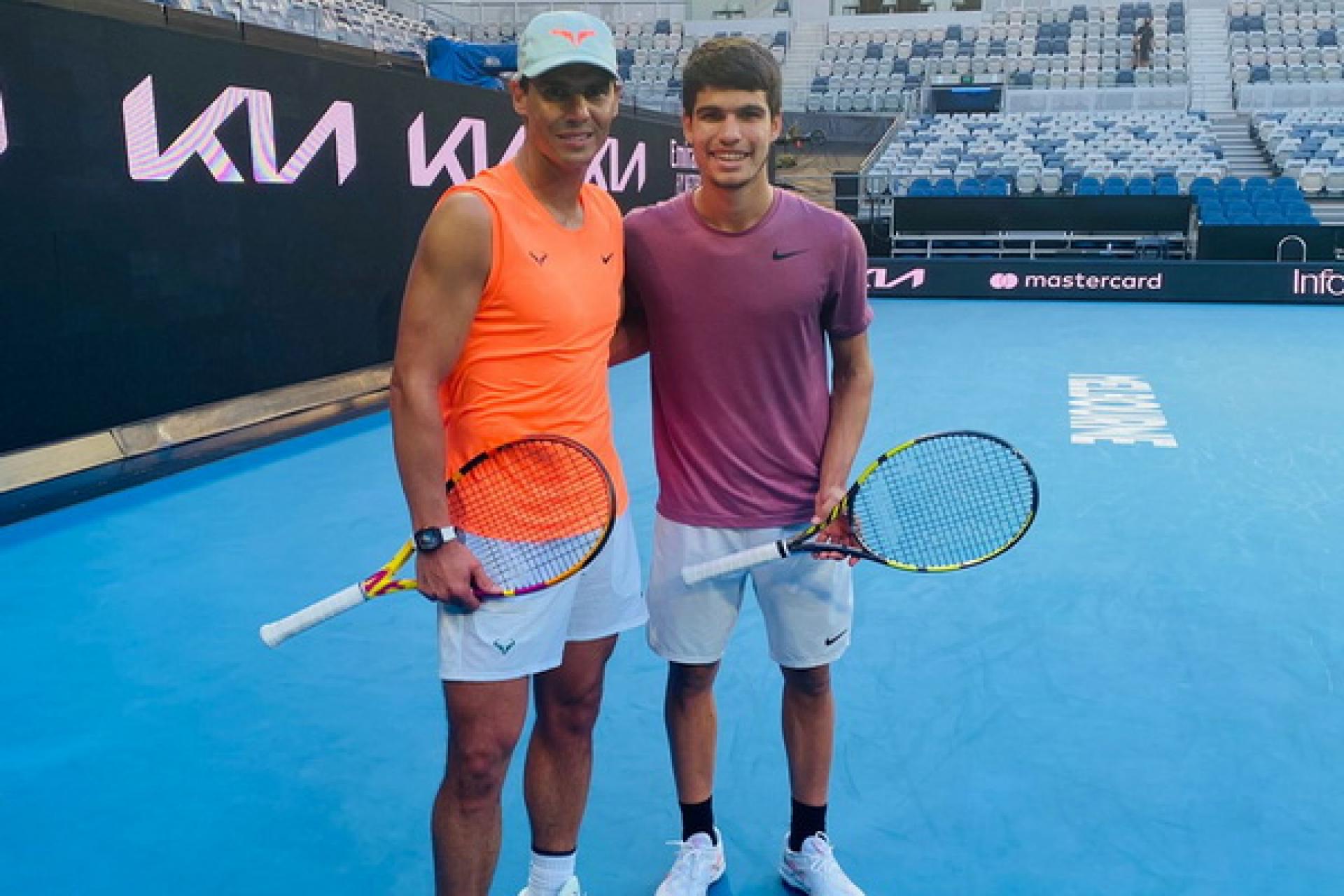