For the first time in 36 years (1986 World Cup in Mexico), joint 2026 hosts Canada have qualified for the FIFA World Cup. The team ranked 33rd in the FIFA Rankings (as of 27th March 2022) secured their place at the Football World Cup with a 4-0 win over Jamaica leaving them with an unassailable gap to fourth (top three go through automatically).

This qualification has been made all the more impressive with star player, Alphonso Davies (21) missing their last four qualifiers after having symptoms of myocarditis (a mild heart condition).

The last time Canada played at the World Cup, the USSR was still in existence (notably this was one of the three teams they played and lost to), the worldwide web was still three years away from being invented and ‘Spirit in the Sky’ by the Doctor and the medics (before my time!) was at Number One in the UK charts.

This is just to show how long they have waited for a chance to play at the top-table and most viewed sporting event in the world. They can look forward to Friday’s draw with dreams of causing a real upset in Qatar and cementing themselves as a real threat in the competition.

ALSO READ:  How can I bet on Soccer Successfully?
Embed from Getty Images

Canada would not have been anyone’s first choice in a highly competitive qualifying group. To put their success into perspective they failed to reach the final group in the last World Cup cycle, finishing behind the USA and Honduras (two teams who failed to qualify for Russia) in the second round group stage.

Their success has been based on their new attacking talent of Johnathan David (Lille), who has 9 goals in 17 qualifying matches, Davies (Bayern Munich) who has 5 goals in 13 matches and Cyle Larin (Besiktas), with 13 goals in 15 matches. All stats via espn.com.

This is coupled with Red Star Belgrade Goalkeeper, Milan Brojan who has helped Canada have the best defensive record in the group stage (6 goals conceded in 13 matches) alongside the experience of Alan Hutchinson (Besiktas) and Steven Vitoria (Moreirense) have helped Canada to be the first team in the Concacaf region in the draw for the World Cup.

ALSO READ:  How can I bet on Soccer Successfully?
Embed from Getty Images

The Story of Canada’s Qualifying

The qualifying start was tough for the Maple Leafs with two 1-1 draws in which they fell behind to Honduras and then the USA, Larin scored before goals for Canada. A big 3-0 win followed against El Salvador and they continued their unbeaten run throughout the rest of 2021.

Draws against Mexico away (1-1), Jamaica away (0-0) and a comprehensive win against Panama (4-1) rounded out October. Two huge home results against favourites Costa Rica (1-0, David goal) and Mexico (2-1, a brace from Larin) put Canada in a prime position heading into 2021, top of the qualifying group.

In the January/February international break, they picked up three incredibly important wins without conceding (Honduras 2-0, USA 2-0, and El Salvador 2-0).

Then came their own defeat, which is why they only qualified on the 27th and not earlier. A red card for Mark-Anthony Kaye left the Canadians down to 10 against a tough Costa Rican side, unfortunately, this was beyond them as Celso Borges scored a first-half stoppage-time winner to end Canada’s unbeaten run. Despite this, they bounced back with some aplomb to beat Jamaica and end their 36-year wait for a World Cup place.

What does this mean for Canadian Football?

What this represents is a huge success for Canadian football and just at the right time as they look forward to co-hosting the tournament with neighbours USA and fellow Concacaf nation Mexico.

We must not forget the success of their women’s team, shown by their gold medal in the delayed 2020 Olympic games. Hopefully, this success will generate support for the Canadian men’s football team in this tournament and hopefully inspire the next generation of young Canadian footballers. 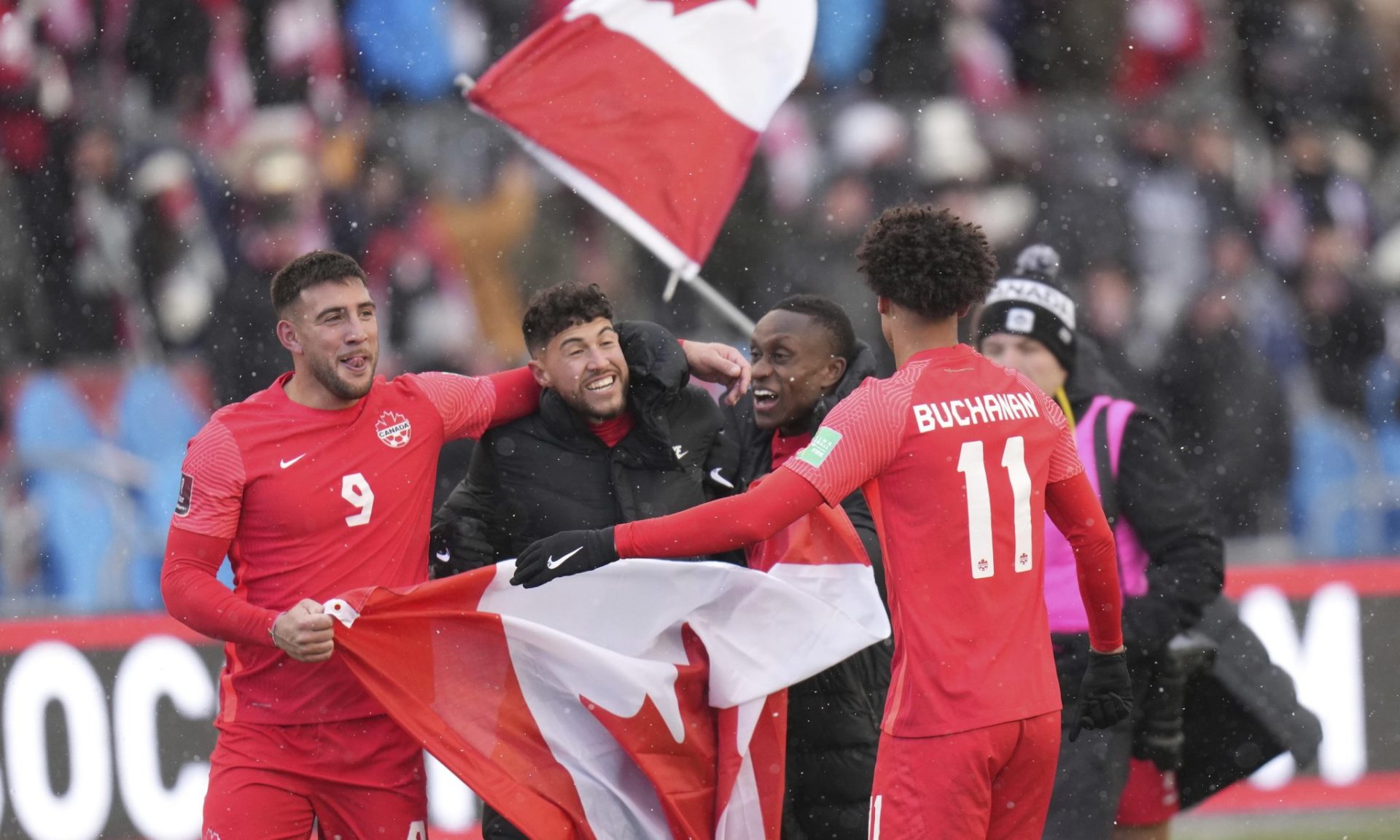