Both Jackson and the Rams explored trade possibilities but nothing came together before Tuesday’s NFL trade deadline. Jackson, 34, was willing to stay with the Rams, sources said, but the team opted to move on for unknown reasons.

Jackson’s $2.75 million salary is guaranteed, so if he clears waivers the Rams would have to pay for most of his contract, subject to offsets on a deal with a new team.

Following Jackson’s release, Rams general manager Les Snead expressed disappointment that the veteran receiver’s short time with the organization did not work out.

“I’m not going to give it a grade. One came to mind, but that would probably be the headlines, right?” Snead said. “Obviously it was an experiment that we attempted. It didn’t work out as well as we wanted it to, as DeSean wanted it to, as even Sean wanted it to, especially those two because they have a relationship that probably goes, it does, I know for a fact, it goes deeper than football. Didn’t work out for us and that is why we somewhat wanted to move in this direction and come up with a win-win in this situation.”

Jackson posted on Instagram: “I am very grateful for the time that I spent playing for the LA Rams. Although this isn’t the outcome that we wanted, I am extremely appreciative for the opportunity & support given to me by the Rams Coaches & all of the Fans. I understand that everything happens for a reason & I look forward to beginning the next chapter of my NFL career.”

In need of a deep threat to support Stafford, the Rams signed Jackson to a one-year deal in the offseason. His decision to sign with the Rams reunited him with McVay, who was among Jackson’s coaches with the Washington Football Team, and it served as a homecoming for the Los Angeles-born veteran who expressed an eagerness to win a Super Bowl in his hometown.

Jackson boasts an impressive resume with three Pro Bowl appearances but was underutilized. Jackson caught eight passes for 221 yards with a touchdown for the Rams in seven games. But he never played more than 22 offensive snaps in a game, with some matchups playing just three or four.

The Rams are currently in a win it all mode and have recently brought in Von Miller to help their Super Bowl Run.

The Rams offense behind quarterback Matthew Stafford has featured the NFL’s leading receiver in Cooper Kupp, who has 924 yards and 10 touchdowns, as well as veteran Robert Woods and second-year pro Van Jefferson. However, Jackson’s departure, coupled with rookie receiver Tutu Atwell being placed on injured reserve Tuesday as shoulder surgery ends his season, leaves the Rams thin at the position. The only remaining reserve receiver is rookie Ben Skowronek, a seventh-round pick from Notre Dame.

Snead said the team was working through how to address any depth concern, whether by promoting a player or looking outside the organization.

“We’re still discussing that internally because there are some options that we have internally and how Sean’s going to use them in the offense and how Joe [DeCamillis] can use them on special teams,” Snead said when asked how depth concerns would be addressed. “We got to walk through that and Sean is aware with our top three, who are playing very well right now, how to – let’s call it, I don’t want to call it a pitch count, per se – but manage some of their load.”

Though Jackson is 34, he’s still displayed an ability to make plays. If a team claims Jackson off waivers, they’ll be on the hook for the rest of his 2021 salary. A number of teams could be looking for receiving help, including the Atlanta Falcons, who’ve indefinitely lost a Jackson-like threat in Calvin Ridley as he has taken a leave from the game for personal well-being. 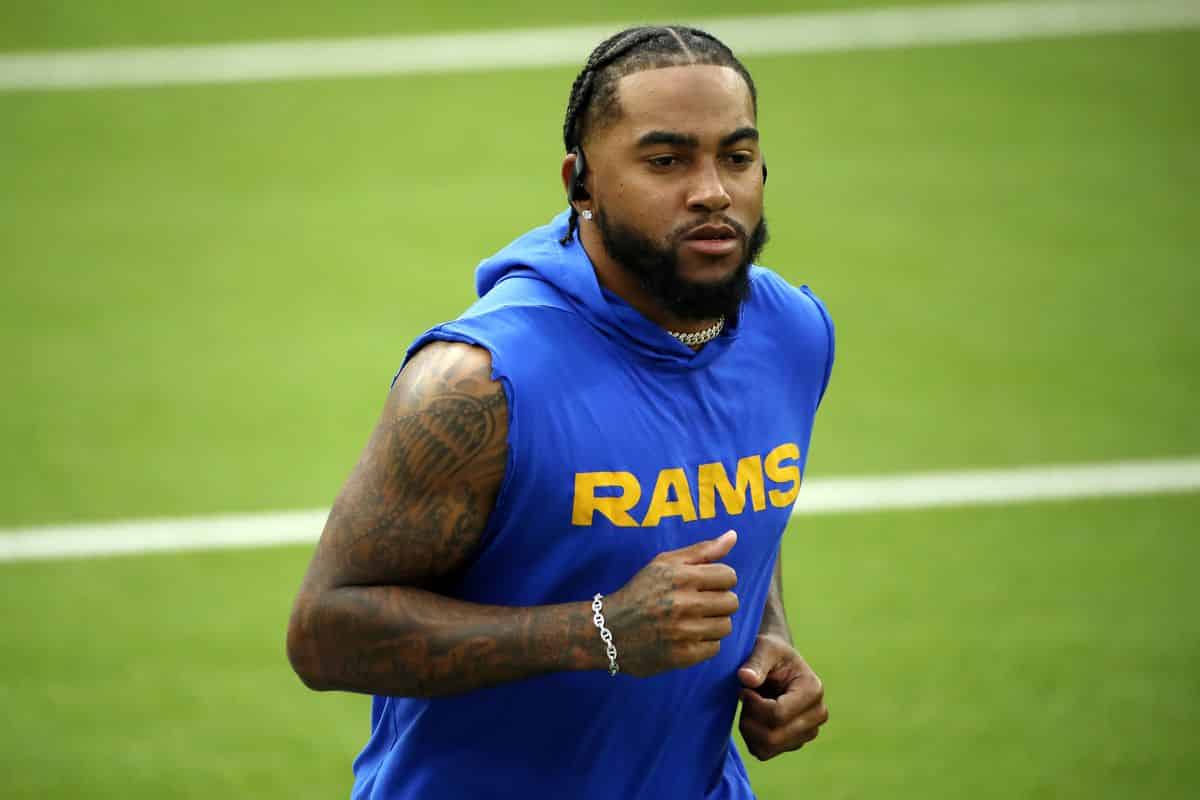