Grit, application and flair. Indian opener Rohit Sharma displayed all these qualities on Saturday during his 161-run innings off 231 balls on a tricky pitch in Chennai against England in the second Test match. Rohit’s effort helped India take control of the second Test by posting 300 for 6 at stumps on Day One.

The elegance intrinsic in Rohit’s game was of course there, but the sprinkling of determination and method made the five-and-a-half-hour fare.

The Test match marked the return of fans, that saw Barmy Army too,  in-stadium in India.

Captain Virat Kohli had won a crucial toss but it didn’t take too long for India to be reduced to 86-3, which included the scalp of the skipper himself, out for a duck. But Rohit, who was showing immense control right from ball one, decided to take over with fellow Mumbaikar Ajinkya Rahane (67 off 149 balls).

For the next four hours, they showed the world how to bat on dry Indian turners with two decent spinners full of confidence and threatening to take over. The first thing that Rohit and Rahane did during their 162-run stand was to sweep the spinners, something they hadn’t done in the first Test. 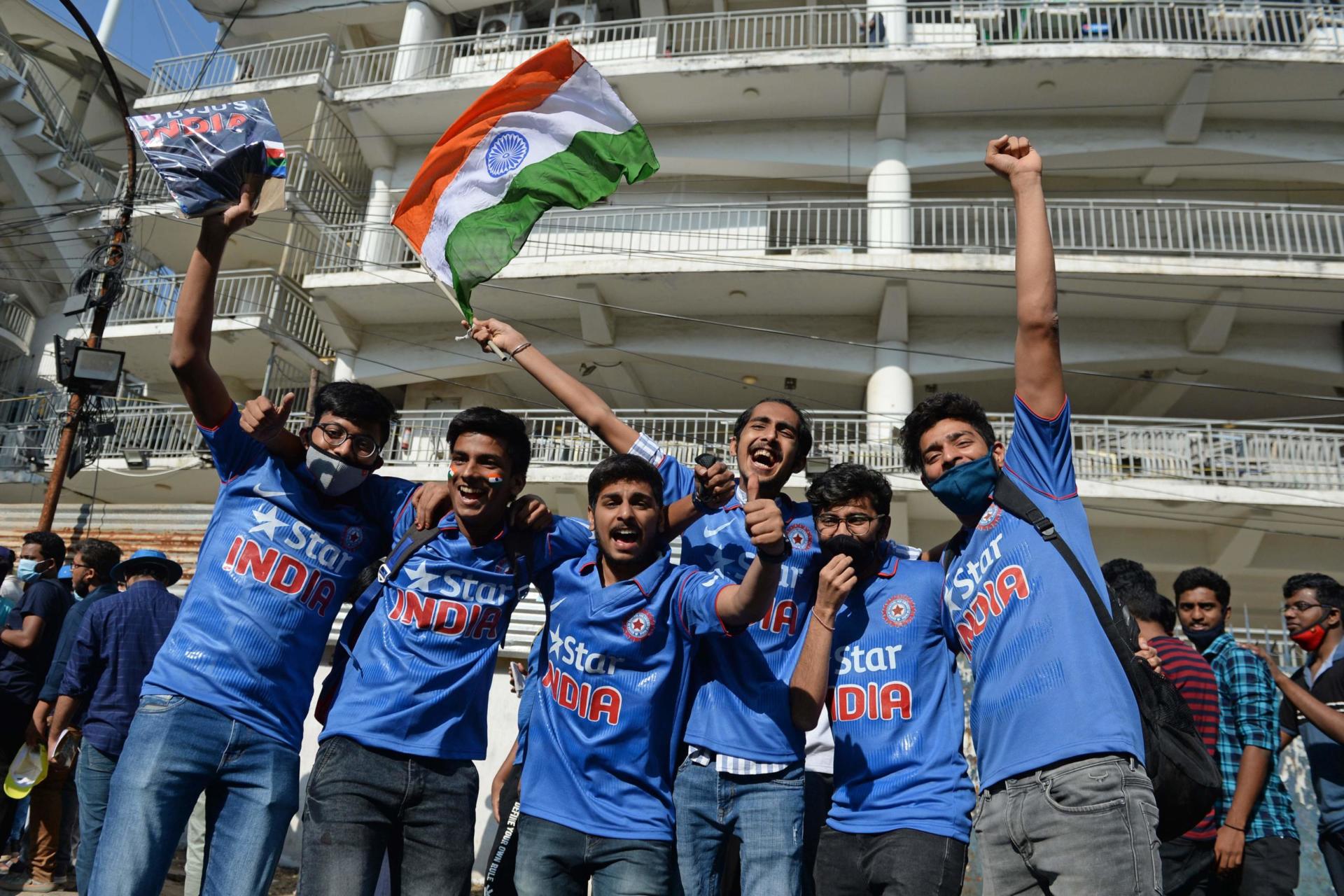 Indian fans are happy to be back in the stadium. Off-spinner Moeen Ali, after turning one off the rough to dismiss Kohli, was time and again looking to hit that same patch. Both Rohit and Rahane decided to take him on, trying to throw him off his length.

It seemed Moeen (2-112 off 26) wasn’t quite prepared that the sweep shot would be employed against him and he lost the length. The short ball followed and both the batsmen were prompt to rock back on to the back foot and play the cut. Left-arm spinner Jack Leach looked to bowl a tighter wicket-to-wicket line, allowing the ball to turn from the rough patches, and Rohit decided to use his feet to him.

It meant that the scoreboard was always moving, making it all the more difficult for the England bowlers.

“I was always looking to take my foot outside the line of off-stump and take the LBW out of the equation while sweeping from the rough. Ajinkya and I were constantly discussing our game plan and we knew what to expect. It boiled down to the preparation that we had done in the last few days,” Rohit said.

He would have been happier to stay unbeaten or complete a double century by the end of the day, but that was not to be. The sweep shot that had paid rich dividend till then suddenly betrayed the stylist as a top edge off Leach was snapped by deep square leg.

If Rohit played the sweep shot in a regal manner, Rahane was no less classy in his drives — the front and back-foot punches off the pacers and those lovely cut shots off the spinners were delightful to watch.

Call it irony, Rahane chose a wrong delivery from Moeen for playing the sweep and was bowled in the process.
He hit nine boundaries in a half-century that came after a barren run of seven innings. This was after he survived an umpiring howler from Anil Chaudhary.

But then, he was destined to be in Rohit’s shadow on a day when determination became his primary capital.
Things could just have got a little tricky for India if Rishabh Pant (batting 33) didn’t have a caught-behind shout overturned by the third umpire, but it was India’s day.

“If we can get to 350 on this track, it will be very good. There’s a lot in it for the spinners and the patches have already been created,” Rohit said.

Root had got Moeen for this match in place of Dom Bess, primarily because of the prodigious turn that is expected to be on offer.

However, the senior-most spinner made a cardinal mistake that happens out of excitement for all tweakers when they see cracks.

They try to go for an extra turn rather than hitting one spot and letting the pitch do the rest. 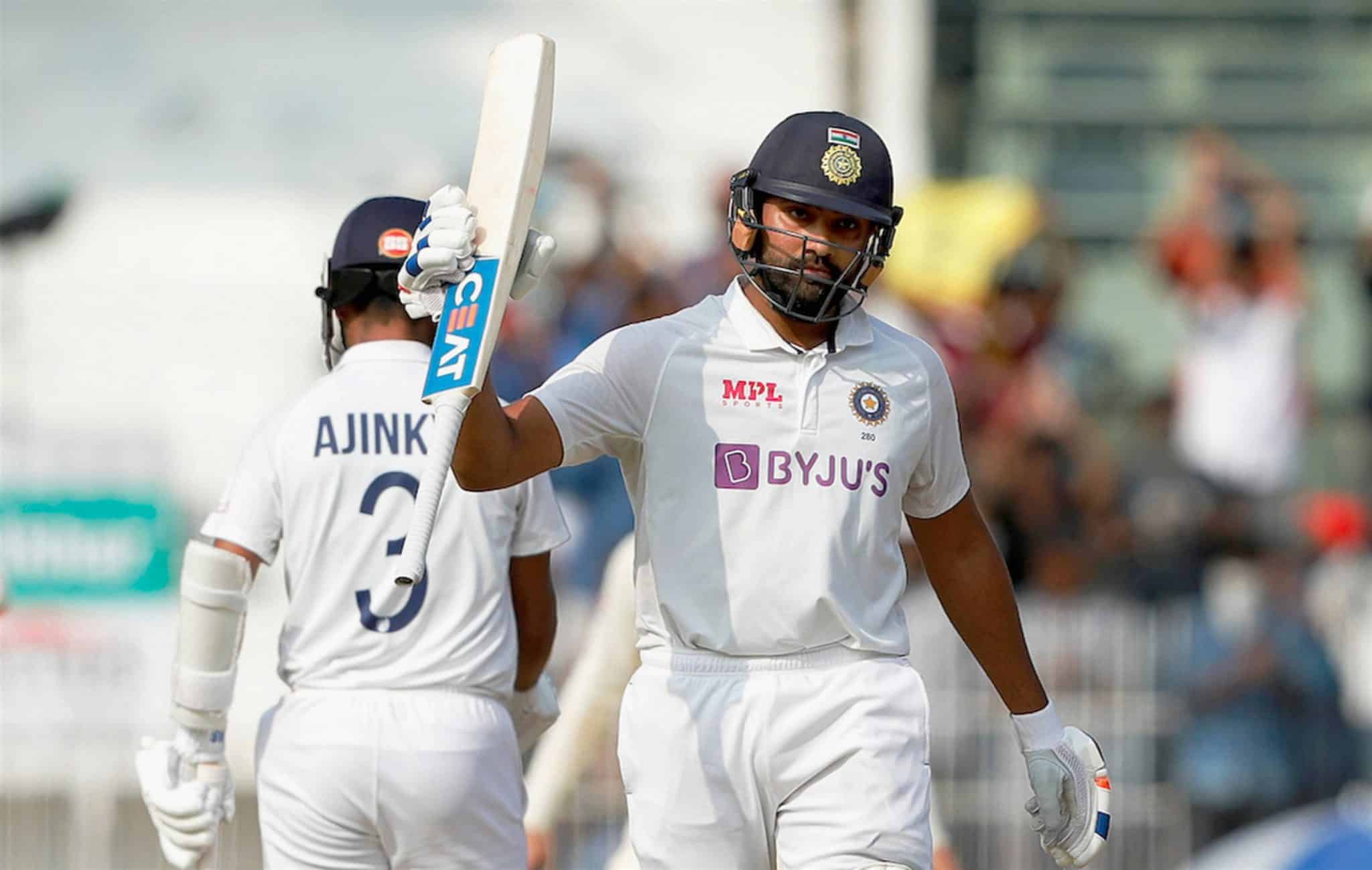