With a 32.5 million pound fee on his back, and the weight of last season’s sorrows, Christian Benteke has been tasked with dragging Liverpool from the clutches of being labelled a ‘mid-table’ team. The Belgian forward has got off to an impressive start, already netting himself more league goals than loaned out loser Mario Ballotelli, but can Benteke restore hope to a wilting Liverpool side? Or will he to suffer the same fate as many recent signings who’ve failed to find form for the reds?

Last season, Benteke was the driving force of Villa’s impressive FA cup contest. The first match against Blackpool was sealed when the Belgian fired, finding the net in the 88th minute, rounding up an otherwise close game at Villa Park. With wins following against Bournemouth, Leicester City and West Brom, Villa were left facing Liverpool in the semi-finals. Of course, Benteke found the net in the 36th minute making the score 1-1 against the team he would later be a part of – keeping Villa’s FA cup final hopes alive. Villa went on to win the game. High hopes for silverware stunned supporters, however dreams were shattered as Arsenal dramatically outplayed the underdogs. The Belgian was fundamental to the surprising, uncharacteristic challenge Villa mounted last season. His impacting presence in the side and his tally of 42 league goals in 82 games earned the striker his big money switch in the summer.

Christian Benteke has found the net four times in just seven games for the reds, keeping the kop hopeful that he can produce the spark Liverpool need to shine again. Having already scored a possible goal of the season contender against United, the forward appears to be a quality resource in attack. He offers new tactical opportunities, knocking down long balls into the path of a teammate or holding up play, and can provide a plethora of goals himself with his quality finishing. Benteke adds strength to the side, and his prowess in the air provides an elevated weapon on the reds frontline.

Against Bournemouth, Liverpool played mediocre football. In a game of little chances, Benteke managed to find the winning goal sealing an important three points, before unluckily missing several impressive (self-created) chances to pull the side further ahead. It was his strength, and display of character to drop back and be creative that pushed Liverpool ahead. Then again, when facing United, Benteke showed his resilience scoring an acrobatic over-head from the edge of the box despite being two goals down. The striker makes his presence on the pitch known, and is already well on his way to paying his dividends.

The demand for Liverpool’s return to the glory days is high. The call of the Kop begs for success, and since the loss of Luis Suarez the reds have seemed to lack that killer instinct. Sturridge being side-lined with injuries and the absence of a ‘real’ striker meant that last seasons strike force was timidly led by the little Raheem Sterling. Sterling, who moved to City after an embarrassing display of immaturity, was ill-suited to being played at striker and failed to lead Liverpool to a champion’s league place. Luiz Suarez had the intensity and ability required to propel the side to success, causing the fans to gain expectations which after his loss remain unfulfilled.

Benteke isn’t Suarez. Fans with such unrealistic expectations need to see that Benteke won’t score 107 goals in 69 games; he’s not that type of forward. He excels in holding up play and allowing a team to work around him. In the few games he has played for the reds, he has seamlessly slipped into the side and created chances. He works hard and creates just as many goals as he scores, even in a period of transition. Yes, he is slower, less skilful, and not as good at beating his man, but Benteke is a natural goal scorer with a killer shot. He’s just the forward a side like Liverpool need, somebody who creates and helps retain possession while actually being able to find the back of the net. I mean, anybody can do better than Ballotelli right?

A proven talent and an established goal scorer, Christian Benteke portrays an ability to impact any side he plays for. In my opinion a high price tag taints an otherwise perfect transfer, although Benteke’s previous success at a lesser club leaves nothing but promise for his future at Liverpool. There is little doubt that the Belgian will succeed with the reds, and he is already well on his way to being a worthy, and timely, investment. 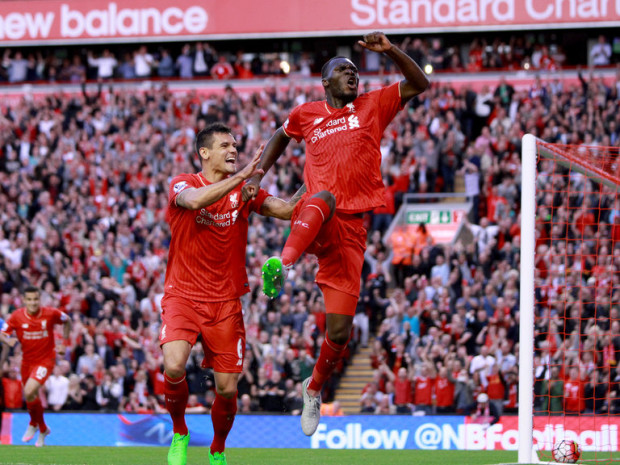