During the NBA Draft 2021 draft night, the Los Angeles Lakers traded Forward Kyle Kuzma, Forward/Center Montrezl Harrell, Guard Kentavious Caldwell-Pope and a 2022 first-round draft pick to the Washington Wizards for Guard Russell Westbrook, a 2024 and a 2028 second-round pick on a blockbuster deal.

The deal was first reported by Shams Charania of The Athletic. Westbrook, a Los Angeles native, was drafted by the then Seattle Supersonics as the fourth overall pick in the 2008 NBA draft out of UCLA. He is a nine-time All-Star, nine-time All-NBA team member (2x All-NBA 1st team, 5x All-NBA 2nd team and 2x All-NBA 3rd team), three-time assist leader and two-time scoring champ and former Most Valuable Player during the 2016-17 season who will join to help teammates.

Lebron James and Anthony Davis. Although, Westbrook can also become an unpredictable element for the Los Angeles Lakers as he will have played for three different teams for the last three NBA seasons. The sections below will discuss the pros and cons of this mega trade.

Pros of the trade

Accomplished talent
Russell Westbrook is an upgrade in talent for the Lakers. Since Lebron James and Anthony Davis joined forces in 2019, the Los Angeles Lakers organization has been able to mostly add role players and fringe All-Stars who, even though they were effectively playing their roles when the team won the NBA championship in the 2019-20 season, have not proven to be crucial during the injury-riddled 2020-21 year.

Players like Dennis Schröder and Montrezl Harrell were brought in last summer to give the club a scoring punch and a consistent level of play to alleviate the pressure on the two stars.

However, their inconsistencies alongside Kuzma and others resulted in a 4-2 series loss in the first round of the playoffs at the expense of the Phoenix Suns. Russell Westbrook is an All-Star calibre player who has an average of 23.2 points, 8.5 assists, 7.4 rebounds and 1.7 steals per game for his career and has recorded a triple-double average over these past five seasons stretch can add a high level of dynamic impact to the backcourt.

Added playmaking ability
While Lebron is one of the greatest passers of all time, he still needs another established veteran who can take over the ball-handling duties with the bench unit when he rests (Russ already did that at times when playing alongside the ball-dominant guard James Harden with the Houston Rockets) or act as a secondary playmaker beside him like former teammates Rajon Rondo and Lonzo Ball did previously.

The former 2017 MVP can absolutely provide that as he is one of the most exciting passers that the NBA can offer, seen from him leading the league in assists the past year. Additionally, his playmaking ability can be excellent next to Anthony Davis’ game who is more comfortable as a finisher rather than a creator, and it will be even better if the team manages to obtain shooters around the starting lineup.

Westbrook’s scoring threat can also add to the playmaking for the team given that as a third option, having a 20+ point scorer a night can be essential for the success of the franchise.

Athleticism
The Los Angeles Lakers were in the middle of the pack in transition percentage frequency which is unacceptable for a team with great athleticism like this particular team has. Russ should fix this problem as he had the second-most transition possession per game for players who played at least 36 games with a minimum of 3 possessions per game, only behind 2021 NBA Finals MVP Giannis Antetetokounmpo.

Furthermore, Westbrook’s hustle and relentlessness every night are unmatched and it will increase the motor of the team to run in transition and terrorize other teams with their insane blend of basketball IQ and physical skills. The 6 foot 3 guard built with a powerful 200-pound frame will add physicality, by bullying smaller guards with post-ups and strong drives, and tremendous rebounding to a team that is already oversized at almost every position.

Cons of the trade

Shooting concern
During the 2020-21 season, the Lakers struggled with consistency shooting-wise demonstrated by their below average 35.4 per cent from three-point range, ranked 21st in the league last season. Unfortunately, while Lakers fans expected to find an improvement over the previous starting point guard Schröder’s 33.5 per cent from three,

Westbrook is not any better. Westbrook was classified as the worst volume three-point shooter in the NBA last season with 31.5 per cent over 4 attempts per game and for his career, the “Brodie” is at a relatively low 30.5 per cent. Three-point field goals are not the only issue here because its field goal and free throw percentages have also fluctuated over the years.

Therefore, the fit of the former Oklahoma City Thunder guard with the Lakers can be tricky since Davis and James best operate with spacing around them which Westbrook cannot consistently provide making it more predictable for teams to gameplan by clogging the lanes and defending the paint while daring Westbrook to shoot from distance.

Ball dominance and past playoffs performances
The best individual season of the former UCLA point guard occurred during the 2016-17 season when he won the Most Valuable Player Trophy and was playing for the Oklahoma City Thunder. This is because he was the sole playmaker for the team while playing heavy minutes which allowed him to register the best scoring average of his NBA career.

This season coincided with the departure, which was completed during summer 2016, of former superstar teammate Kevin Durant to the Golden State Warriors. Since its MVP season, he has always been surrounded by at least 1 All-Star every season with players such as Paul George and Carmelo Anthony (Oklahoma City Thunder 2017-19), James Harden (Houston Rockets 2019-20) and Bradley Beal (Washington Wizards 2020-21).

The farthest he got in the playoffs with one of these players has been the second-round and has contributed to about 25 points, 10 rebounds and 9 assists per game with shooting splits of 38.6 per cent from the field and 29.2 per cent from three, which is rather disappointing for a player of his calibre. Consequently, Westbrook has struggled to compromise his stats to further accommodate his fellow All-Star teammates by forcing shots, which is part of his relentless game, and he should limit his amount of turnover, in which has been a league leader four times.

Depth
Yes, the Lakers are unquestionably more talented now than they were last season with the addition of Westbrook. Yes, the pieces traded to the Washington Wizards were inconsistent.

Yet, they were still relatively cheap and covered different roles for the team. As of August 1st 2021, the Los Angeles squad only has five players under contract and $130 million tied in their salary cap, a very high figure meaning that they have room to just obtain cheap veterans and their own free agents like Alex Caruso and Talen Horton-Tucker in free agency.

This move forces the 17 times NBA champions to just focus on floor spacers at the expense of other needs like perimeter defense. If the club cannot find reliable shooters, it will result in a more isolation-driven game which usually corresponds to inefficient basketball.

At the end of the day, it is clear that the Lakers went all-in to find All-Star talent to support Lebron James and Anthony Davis with the acquisition of Russell Westbrook. Westbrook ‘scoring, playmaking and tenacity mix will instantly help the Lakers remain contenders in the Western Conference as well as the main candidate to win the NBA championship with the Brooklyn Nets and the Milwaukee Bucks.

Nevertheless, there are questions regarding the nine-time All-Star’s ability to change his game on his reluctance in focusing on being a pass-first and lower usage guard while playing more off-ball, thus giving more shots to the other All-Stars, to successfully become the player that the Lakers need.

Lastly, this move is better than standing put, but it is clear that the Lakers wanted to go into another direction first for the guard position with someone who could shoot more accurately and be more consistent, according to Bleacher Report writer Eric Pincus.

Per NBA sources, the Lakers went into the offseason with a clear Plan A: unrealistic hopes of landing a Damian Lillard or Bradley Beal. Plan B was Chris Paul (but then the Phoenix Suns advanced to the NBA Finals) and Westbrook. Hield was always Plan C. 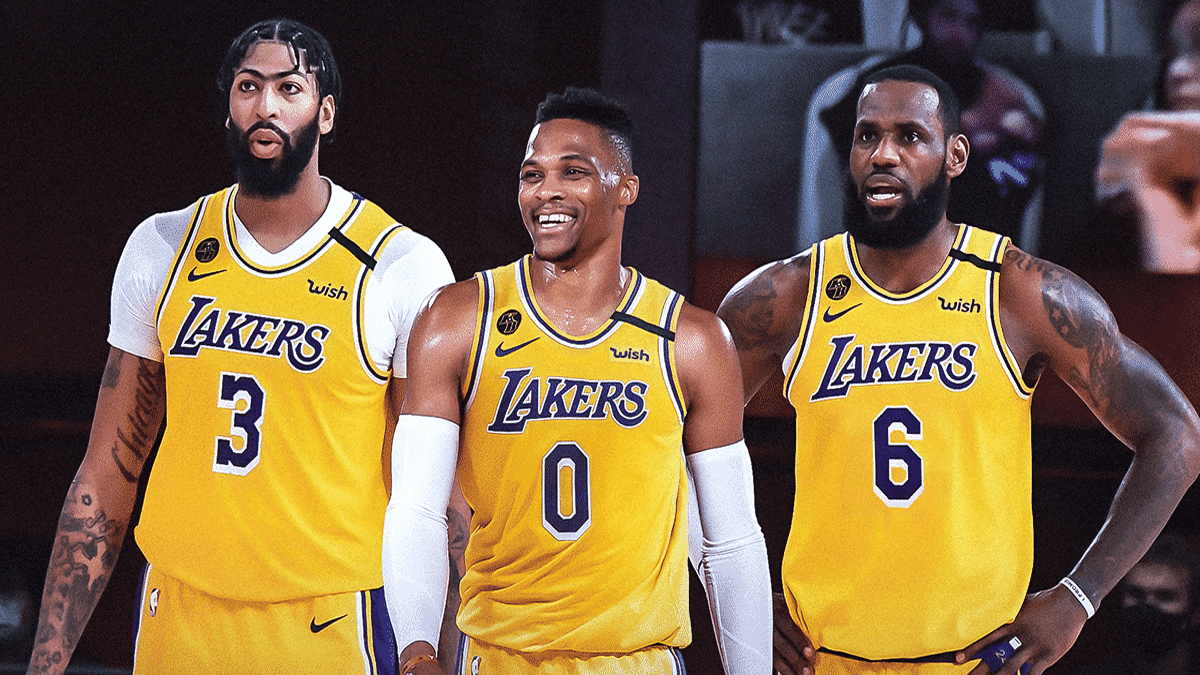