The final two FA Cup Fifth Round ties took place on Thursday evening as four sides looked to join six other sides in the Quarter Finals of the competition.  Who would join those already through, let’s find out…

Wolves had seen off fellow Premier League outfit Crystal Palace in Round Three, but then were pushed all the way by non-league Chorley in Round Four before squeezing through in that one, whilst The Saints saw off League One Shrewsbury Town fairly comfortably at St Marys before they then knocked holders Arsenal a few days later, also at St Marys, to reach this stage and set up their tie at Molineux. Both sides fancied going very deep in this competition and even perhaps have a shot at winning the whole thing, it had been a welcome distraction from their league struggles recently so who keep their cup run alive after this one was done?

Southampton had the better chances in a goalless first period, and after the break, they were to net twice to take their place in the Quarter-Finals, firstly when Danny Ings timed a run perfectly to get in on goal and although John Ruddy saved his initial effort, the ball bounced back off Ings and past Ruddy into the net, and then with time running out the visitors added a second when a mess up at the back saw the ball eventually was laid back to Stuart Armstrong who guided a lovely across goal and in off the far post to seal The Saints passage into the Last Eight.  Disappointment for Wolves who would have fancied a good run in this competition, whilst for Southampton it ended a run of four consecutive defeats and would have given the club a huge fillet after a tough week or two.

The Championship hosts have seen off League Two Tranmere Rovers in Round Three before they then saw off Championship leaders Norwich City in ties that had both been at Oakwell, and they would to be at home again in Round Five although it would be a much bigger step up against a Chelsea side who had won both their home ties against League Two Morecambe and Championship Luton Town with relative ease, so surely Barnsley would pose no problems for a Thomas Tuchel side who hadn’t lost since the new boss had come in and were fancied to perhaps win the competition? The Tykes though would take inspiration from the Barnsley side that dumped a star-studded Chelsea managed by Avram Grant out of the cup at Oakwell back in 2008 to reach the Semi-Finals that season, although Chelsea would not want a repeat of that!!!

A goalless first period saw The Tykes have the better chances and could and should have been ahead at half time, although the Blues probably should have had a penalty too with their not being any VAR, they had to go with the on-field decisions from the officials, old skool eh. Twenty minutes into the second period though Chelsea did manage to find the breakthrough, although it did look offside from some angles, as a lovely pass by Billy Gilmour released Reece James who took his time before sending a ball across goal for Tammy Abraham to tap home, was he ahead of the crosser, well on further inspection had VAR been in force they may well have allowed the goal to stand as it did seem on further evidence Abraham was just behind James when the pass was made.

The Tykes, therefore, had to try and find something although they had been much quieter in terms of an attacking threat in the second period, although they so nearly levelled with twelve minutes to go Abraham did brilliantly to head a goal-bound effort over his own bar, superb work at both ends of the field from the Chelsea man, and although Barnsley put their opponents under pressure at the end, they could not breach the Chelsea backline and it was Abraham’s second-half goal that proved enough to send them into the Last Eight. A good effort from the Championship side, but they now must turn their attentions to try and reach the playoffs before the season is out

That concludes the Fifth Round then, and the draw for the Quarterfinals was made between the two games this evening, so let’s see what that threw up…

Both Manchester clubs have difficult away ties, whilst there is a South Coast showdown at The Vitality Stadium between Championship Bournemouth and Premier League Southampton, and then The Blues reward for squeezing past Barnsley is a home tie with The Blades.

These ties are scheduled to take place over the weekend of 20/21 March so a bit of a gap until the next round takes place. 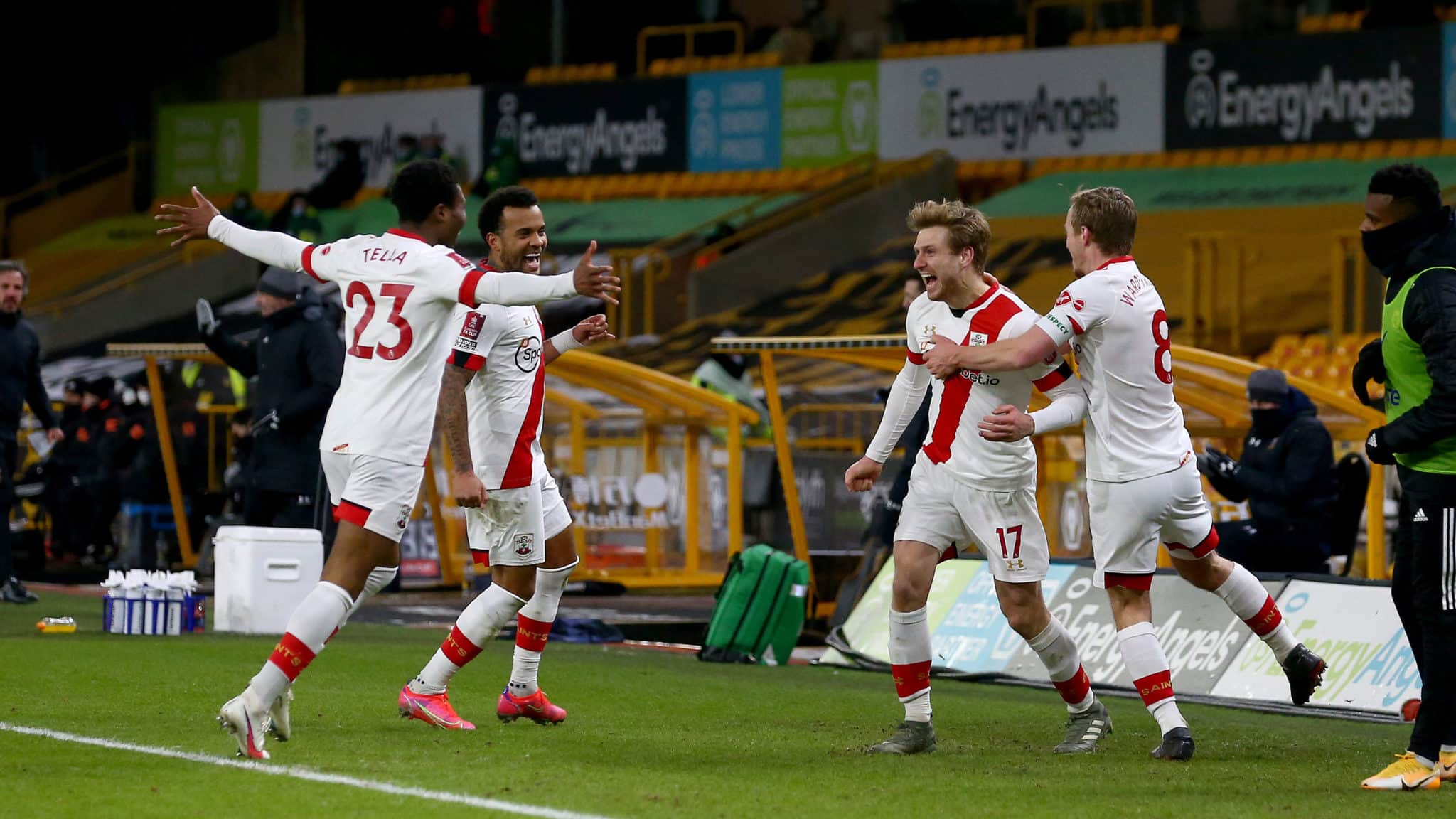