As we patiently wait to see the outcome of the Round 2 Six Nations 2021 this coming weekend, the Rugby world reflects on an amazing weekend full of exhilarating Six Nations Rugby after the first round concluded last weekend. Defending champions, England, experienced a shock defeat at the hands of Scotland; lack of discipline proved costly as Wales narrowly overcame Ireland and the French continued their fine form as they annihilated Italy.

In what was expected to be a one-sided encounter, what prevailed was Fabian Galthie’s in-form France side running in seven tries to Italy’s single try scored. With the Rugby World Cup taking place in France in 2023, the French rugby side will be seeking to win their maiden Rugby World Cup. With the home-ground advantage and a large depth of players, these two years ahead of the biggest rugby tournament will be vital to France’s Rugby World Cup campaign.

France playmaker, Antoine Dupont played an outstanding game, mixing the dominance of the forwards and creating space for world-class finishers, such as Teddy Thomas to execute. At full time the scoreboard read 50-10, and a comprehensive win gave France the perfect start for their 2021 Six Nations campaign.

The second game on Saturday could not have been any bigger as traditional rivals England hosted Scotland at the home of rugby, Twickenham. With the Calcutta Cup to play for, both sides went into this encounter victory mindset as both teams knew the value of a win in the opening Six Nations round.

Eddie Jones’ England went into this fixture as favourites, as many felt the hoodoo of a Scotland victory at Twickenham would be too large of a task for the Scots. However, a new looking Scotland outfit outsmarted England for most parts of the game and ended a 38-year curse – as the last Scotland win at Twickenham dated back to 1983. The final score read 11-6 in favour of Scotland, yet many believed a more clinical Scotland team could have made the score seem more convincing.

It was not to be the defending Six Nations champions day as England were only able to convert two penalties while Scotland scored a single try, along with letting a few kickable penalties go to waste. In the end, a win at Twickenham against England is always an amazing triumph and Gregor Townsend’s Scotland will remember the day they beat their oldest rivals at their home ground for many years to come.

The final Round 1 game took place at the Principality Stadium in Cardiff, where Ireland travelled to Wales for what always plays out to be a gruelling encounter. Coach Andy Farrell’s Ireland went into this match as favourites, as they have been successful over the Welsh four consecutive times leading to Sunday’s Six Nations Round 1 conclusion. The match prevailed to live up to its high standard as The Irish seemed to be the far dominant team.

Early in the game, with a small 3-0 lead in favour of the Welsh, the TMO official came into play, citing Irish flanker, Peter O’Mahony for a deliberate shoulder-to-head ruck infringement. The reckless act turned out costly as it gave Wales the one-man advantage with 65 minutes still to play. The disadvantage, however, never had Ireland losing hope as they managed to bag a first-half try and lead the match 13-6 at the halfway mark.

A clear embarrassment for the Welsh to be defeated with an extra player advantage was at stake – the Irish have also beaten South Africa in the past under similar circumstances. However, Wales had other ideas and after scoring two second-half tries and keeping Ireland try-less in the second half, Wales secured a well-worked victory for Coach Wayne Pivac in Cardiff. The final score read 21-16; it was not a comprehensive win for the Welsh and a reckless error from Peter O’Mahony proved a little too costly for the Irish.

England: Coach Eddie Jones has made five changes to his side from last week, featuring a brand new front-row, the experienced Courtney Lawes playing at flank and George Ford moving to fly-half. Both props from last week failed to impress in their performances, therefore the reliability and experience of Mako Vunipola and Kyle Sinckler will start on Saturday, while Luke Cowan-Dickie replaces hooker Jamie George, as he drops to the bench. The only backline change sees George Ford getting recalled to number 10, with Owen Farrell moving to 12, in place of Ollie Watkins who has been dropped completely from the matchday squad.

Italy: Coach Franco Smith has also made only two changes to his side who were significantly beaten by France in Rome last weekend. Coach Smith seems to have faith in his previous starting side as Andrea Lovotti starts at tight-head prop, while Carlo Canna slots in at inside-centre. With one change in the forwards and one change in the backline, can Italy do the impossible and win a long-awaited Six Nations triumph?

Scotland: Coach Gregor Townsend has only made one change to his forward pack that dominated against England last weekend. Flanker Blade Thompson replaces Jamie Ritchie, while the backline sees two changes as Cameron Redpath and Sean Maitland were unable to be declared fit for this weekend. Harlequin centre, James Lang replaces Redpatch, while Darcy Graham will feature on the wing in place of Maitland.

Wales: Coach Wayne Pivac has made five changes to his team as Wales are set to visit Scotland at Murrayfield in Round 2 of this year’s Six Nations. There’s only been one change in the forwards, as Aaron Wainwright starts in place of Dan Lydiate. While Gareth Davies starts at scrumhalf above Tomos Williams, experienced Liam Williams returns from suspension and replaces Hallam Amose. The biggest change sees a completely new midfield, as Johnny Williams and George North failed their fitness tests respectively. The brand new centre pairing of Nick Tompkins and Owen Watkin will take the field, with an entertaining game sure to be installed for us this Saturday.

Ireland: Coach Andy Farrell will have his depth tested against table-topping France this Saturday. A total of four changes have been made to the Ireland side as key positions will be tested by the on-form French. A brand new 9 and 10 combination will take the field, as Billy Burns and Jamison Gibson Park replace the injured Captain, Johnny Sexton and Connor Murray. Iain Henderson also makes the starting side ahead of lock James Ryan, with Henderson handed the captaincy role for Saturday. While loose-forward Peter O’Mahony’s suspension allows Rhys Ruddock his return to the team. Will we see some Irish luck in Dublin this weekend?

France: Coach Fabien Galthi has decided to test his depth, as France have yet to register a win in Dublin since 2011. Two standout performers last week have been moved to the bench this Saturday. Two-time try-scorer, Teddy Thomas is replaced by Damian Penaud and opening try scorer, Dylan Cretin is replaced by Anthony Jelonch. With no injury forced changes, are we set to see a consecutive weekend of French flair?

This weekend’s Round 2 Six Nations 2021 fixtures are expecting to keep us all on the edge of our seats since Round 1 was a week of pure entertaining rugby. As we wait patiently for Saturday’s games, we are most definitely in for a few surprises as this weekend will display some further examples of great northern hemisphere rugby of the highest level.

It’s doubtful we will see an upset for this fixture. England is relying on their more experienced players to restore pride following last weekend’s defeat and Italy has never been able to beat England in their rugby history. With that being said,  this weekend’s Round 2 Six Nations will not be any different. A bold prediction from my side: England will demolish and outplay Italy and win by 35 points on Saturday’s Round 2 Six Nations game.

Both sides walk into this encounter following Round 1 success in the Six Nations. However, following their victories, this weekend sees both coaches having injury-enforced changes for this weekend’s Murrayfield fixture. It does make this game a tricky one to call – Scotland have the home-ground advantage, while Wales are full of confidence following the win over Ireland. The more international experience from the Welsh should see them overcome Scotland in Edinburgh. I predict a close game, with Wales winning by a marginal 5 points in this Round 2 Six Nations encounter.

Following defending Six Nations champions, England’s defeat last weekend, France has the opportunity to extend their lead at the top of the table with a victory over Ireland. It definitely won’t be as easy as Ireland will also be looking to bounce back from their first-round defeat. Based on current form, France heads into the fixture as favourites and they seem convinced to overcome the Irish threat. I stand firm in believing that France will defeat Ireland in Dublin by 10 points in Round 2 of the Six Nations this weekend.

Who are you supporting this weekend for the Round 2 Six Nations 2021? Let us know your thoughts in the comments below. 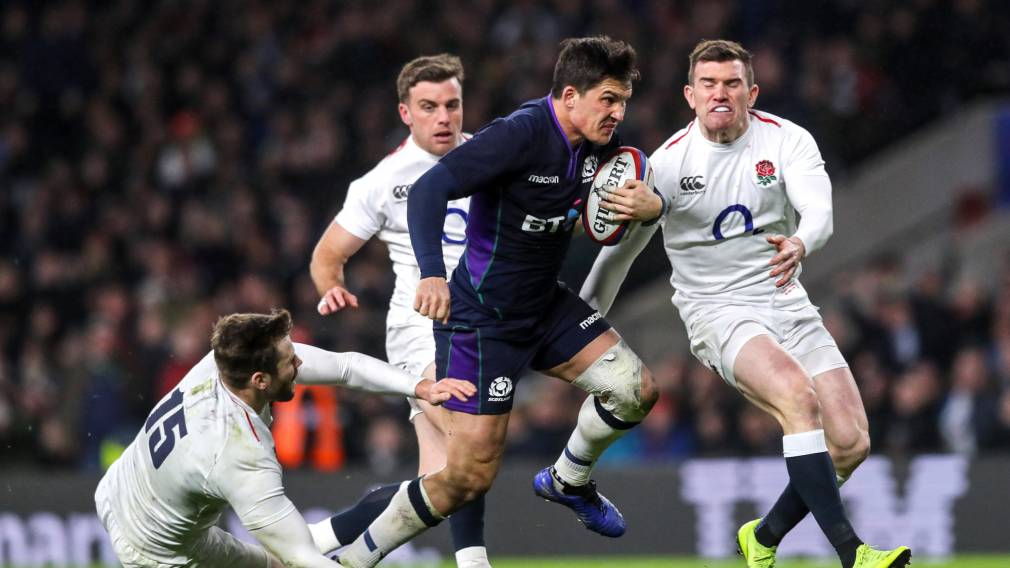