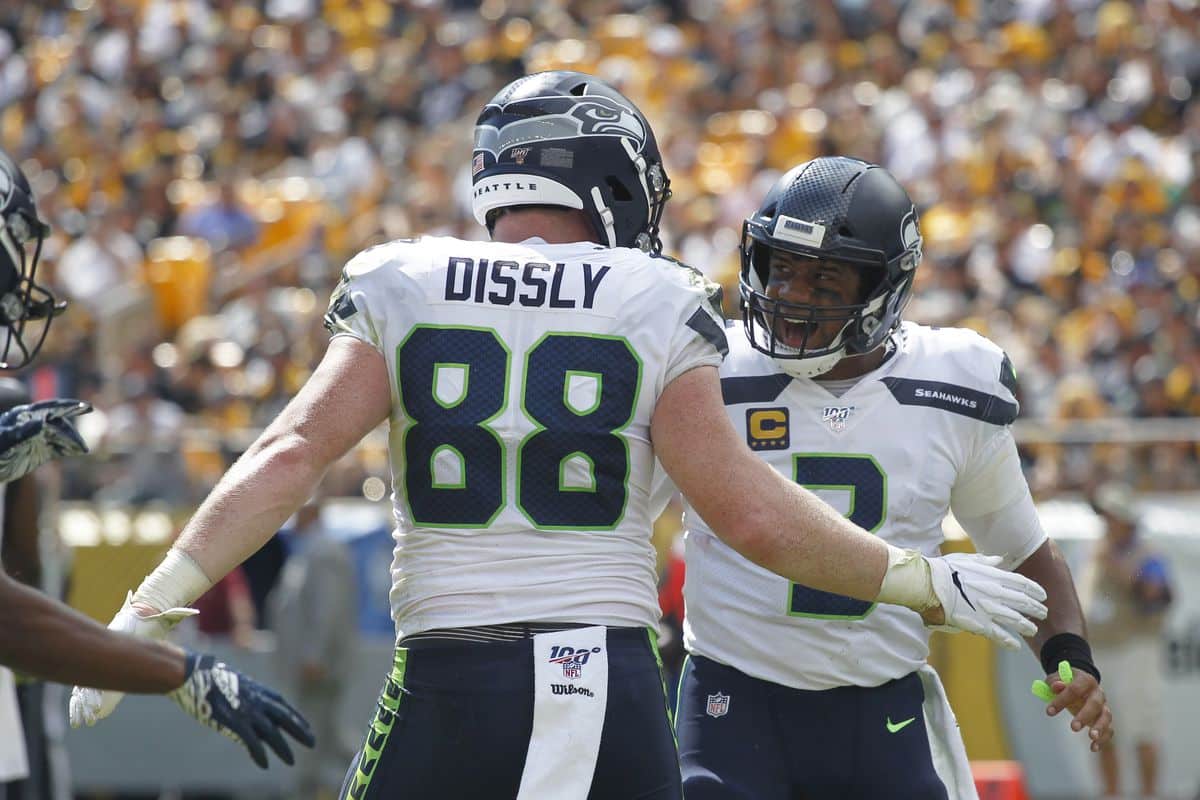 Following their rather messy win against the Cincinnati Bengals last week in their season opener, the Seahawks headed out onto the road to play at Pittsburgh for the first time. Recent defensive acquisition Ziggy Ansah still remained inactive due to a shoulder injury and two other rather notable absences were Neiko Thorpe (calf injury) on special teams and Poona Ford (hamstring injury) on the defense.

It was a rather uneventful first quarter for both sides as both oppositions seemed to struggle with issues. The Steelers defense gave Russell Wilson all kinds of headaches as they sacked him three times and on back to back plays. The Steelers offense did not fare any better as quarterback Ben Roethlisberger quickly up an arm injury that seemed to be hampering his play before he finally exited to the locker room late in the second quarter.

The Steelers opened up the scoring with their new stand out running back James Connor securing a touchdown. The Seahawks added a field goal to their score shortly afterwards until a personal foul by the Steelers Daniel McCullers for making contact with the snapper on the attempt saw the Seahawks gain an additional 5 yards and secure a first down. This gifted Will Dissly a 14-yard touchdown to draw them level with the Steelers.

The closing minutes of the half saw the Steelers pick up a 41-yard field goal to give them a 7-10 lead before the Seahawks missed an opportunity to draw the score level with a rather ambitious 58-yard field goal attempt for Seahawks kicker Jason Myers.

The second half seemed to see the Seahawks finally come to life. Safety Bradley McDougald opened things up with an interception and the Seahawks seemed to come life more following this. Wilson to Dissly may soon become a choice phrase as Russell Wilson targeted his tight end for the second time.

He hauled in another pass to give him 2 receptions for 26 yards and an impressive 2 touchdowns. The Steelers rookie backup quarterback Mason Rudolph quickly set to work to answer the Seahawks touchdown with a 33-yard field goal to make it a very close 14-13.

Rashaad Penny had to plug away at the start of the game to get through the Steelers defense but finally saw his efforts rewarded in the last minutes of the third quarter. The Seahawks now began playing the football that they play best; a fast and ruthless paced game that saw them complete 4 passes covering 75 yards and gave Penny an absolutely stomping 37-yard rushing touchdown to put the Seahawks at a more comfortable 21-13 lead.

The fourth quarter saw everything happening as a real battle began to play out between the two
teams. Mason Rudolph’s 8-yard pass to tight end Vance McDonald brought the Steelers back into
the game at 21-19.

The Steelers elected for the two-point conversion but Rudolph’s pass to wide receiver Juju Smith-Schuster was intercepted by the Seahawks safety Delano Hill.

The Seahawks were able to extend their lead further as rookie wide receiver D.K Metcalf was the next Seahawk to get in on the action. A deep throw from Russell Wilson gave him an impressive 28-yard touchdown and his first NFL touchdown.

However, the impressive efforts on this drive became a distant memory rather fast as a fumble by running back Chris Carson saw the Steelers recover the ball and Steelers Devin Bush surge forwards for the end zone pylon. Whilst he missed his target, the Steelers were able to set up at the 3-yard line and provide Vance McDonald with his second touchdown of the day. In the last five minutes of the game the Seahawks had given up a rather advantageous position and left them with only a 2-point lead at 28-26.

It may have seemed as though it was business as usual for Seahawks fans as they anxiously awaited the closing minutes of the fourth quarter but they managed to keep the Steelers efforts at bay and the score line closed at 28-26.

For only the first time since their Super Bowl run in 2013, the Seahawks begin their season with a 2-0 start. Next week will see the Seahawks take on the rather formidable Drew Brees and the New Orlean Saints at Centurylink field to try to maintain their new winning streak.