Bryce entered the National Hockey League as a member of the St. Louis Blues. While playing for St. Louis, Salvador emerged in many fights, and was noted for his “gritty” style of play. Along with former teammate Jamal Mayers, Bryce created a program that is responsible for “recognizing kids who perform small acts of kindness and generosity.”

Although Salvador’s main role was to display a physical presence on the hockey rink, opposed to putting up points, Bryce emerged as a lethal weapon during New Jersey’s 2011 Stanley Cup run. Although New Jersey lost in the Stanley Cup Finals to the Los Angeles Kings in 6 games, Salvador registered 14 points and tallied 4 goals during the playoffs.

Over the last few years, Salvador’s ice time has been limited due to a number of injuries. Bryce only played in 40 games of the 2013-2014 NHL season with New Jersey due to injuries. Although the veteran defenseman started the 2014-2015 season with the New Jersey Devils, Salvador suffered an injury during a game on November 10th, 2014 that kept him out of the lineup for the remainder of the season.

At the end of the 2014-2015 season, Bryce was officially an unrestricted free agent. However, since Bryce was still rehabbing from a number of injuries that limited his ice time the previous year, he was not signed by an NHL team. Although Bryce had the autonomy to accept a professional training camp tryout/invite from a number of NHL teams, Salvador felt it was the time to retire. Although Salvador was welcomed to return to New Jersey, Bryce did not want to disrupt the rebuilding process instilled by new head coach John Hynes and new general manager Ray Shero.

As stated by Salvador himself, “Today, I am retiring from the National Hockey League. I achieved my goal of coming back so that my boys would be able to remember me as an NHL player, and now I am content to step away on my own terms. But I am not leaving hockey, and I am not leaving New Jersey or the Devils.”

Salvador has a job waiting for him with the New Jersey Devils organization. Bryce is looking forward to working with local New Jersey hockey organizations, and hopes to set a positive example for hockey players playing in all levels of the game.

Although Salvador had an extremely strenuous and demanding NHL career, he is a role model for all hockey fanatics. 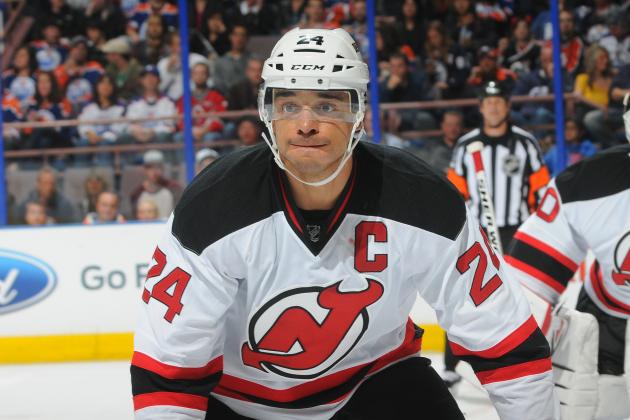