Why Serena Williams is the Greatest Ever Tennis Player

This weekend saw the world number one complete her second ‘Serena Slam’ meaning she currently holds all four grand slam titles. Soon after winning her sixth career Wimbledon title, Williams took to social media, uploading a picture of her winning her current grand slam titles with the caption “you know what I’m thinking now…” meaning, of course, she is chasing the Calendar Year Golden Slam- something that has not been achieved since Steffi Graf in 1988.

Serena Williams has a win-loss record of 39-1 for the current season, unprecedented domination that is even more unbelievable when you consider that she has barely played well all season. She arrived late to Perth to compete in the Hopman Cup and proceeded to order an espresso after losing the first set 6-0 to Flavia Penetta. It was pretty obvious from that moment that she would struggle to play to her own high standards this season.

Due to her troubled technical game this season, Williams has been dependent on her sheer athleticism and superior mental strength to carry her through and save her from the jaws of some embarrassing defeats. Her mental toughness has never been more present than in this year’s Wimbledon final where she opened her service game with three double faults and soon after found herself 2-4 down to Garbine Muguruza. Williams never showed a flicker of doubt in her own ability, she remained resolute, coming back to win the first set 6-4 and going on a ten-game winning streak.

So, Serena is now on the brink of not only completing the Calendar Year Slam she is also chasing down Graf’s record of 22 Grand Slam titles in the Open Era. Unfortunately no matter how many titles or how many records she sets Serena Williams will never get the recognition she deserves. The fact that she has won four slams in a row has gone largely unnoticed however should Federer win his first title in 3 years he will no doubt receive more appreciation than Williams on all 21 of her titles.

There will always be people who use sexism as a way of keeping her in her place’ the media will continue to compare her to a ferocious animal on a daily basis and some will coin the term ‘scary’ as a way of describing her, yet when a male athlete shows the same passion and commitment to the sport it is applauded rather than ridiculed.

Despite the lack of respect Serena Williams will not stop being great, she is legendary. She has shown us a level of sporting greatness that we will most likely never see again. She rose to World No.1 in 2002 and even throughout a troubled few seasons between 2004-2007, which saw her drop to 95th in the world, there was very little doubt that we would see her back in the top spot. This year alone has shown us that Serena Williams is unbeatable on mental strength alone. Serena will end the season as World No.1 and there are none who look capable of challenging her for that crown just yet. 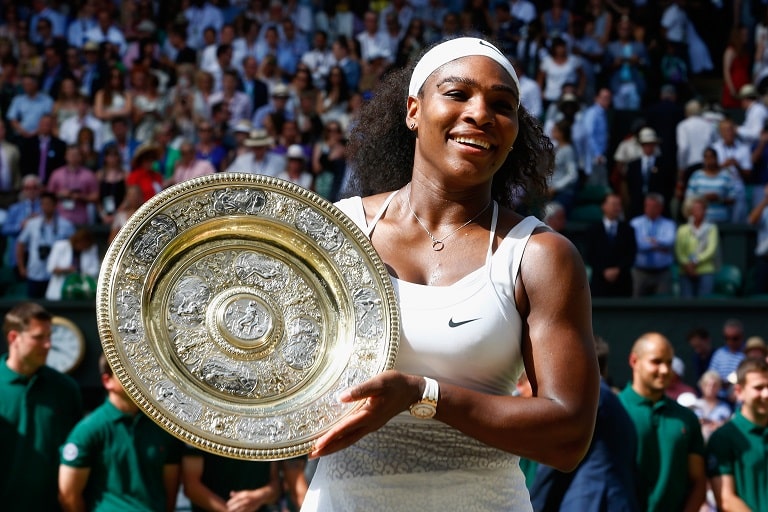