There’s a reason they call it ‘Rugby’s Greatest Championship’. Other tournaments might accommodate more teams, boast more prestige or even, say it quietly, exhibit a more attractive style of rugby, but there’s something intangibly special about The Six Nations. A combination of the balance of five well-matched sides (and Italy), the proximity of the participants to one another and the obvious history shared between each nation combines for a potent recipe barely seen elsewhere in sport. Simply put, there are no dead rubbers in the Six Nations. Italy aside.

With the tournament just around the corner and ready to banish the crushing blues of a British February, here and the matches that could end up defining the Six Nations and potentially providing fans with some of this year’s biggest rugby moments.

Ireland’s clash with Wales is always a treat, a showcase of two of the tournament’s most dangerous and well-organised sides, but the Calcutta Cup still holds more emotive sway than the clash of the Gaelic nations which, strangely enough, doesn’t even merit its own bespoke trophy.

This year’s Calcutta Cup promises to be a defining match of the Six Nations. Whereas once it was a foregone conclusion that the Scots would once again succumb to their bigger brother south of the border, Scotland’s golden generation have done sterling work in recent years of ensuring that the fixture is no dead rubber. If only they had a more substantial trophy to show for going the whole distance.

England probably has the edge in terms of squad depth, but Scotland really does possess some world-class operators, from stalwart Stuart Hogg to the in-form Ali Price, Finn Russell and Hamish Watson. If Scotland can disrupt the English set-piece and find a way of getting the ball in hand with regularity, they could cause a transitional England side some real problems.

The tournament’s two favourites? Based purely on recent form, I would be surprised if we didn’t see one of these teams lifting the Six Nations trophy aloft come March.

Ireland was glorious value for their win against the Kiwis in November of 2021, exhibiting tactical nous, steely determination and genuine skill to walk away with all the marbles at the Aviva last November. Ireland played with the brutal speed at the ruck, barely taking any time to recycle the ball in order to generate fluid momentum. France, meanwhile, exhibited predatory flair and heart-stopping boldness to simply outplay the second-best defence in international rugby.

The French victory against the same titanic opponent must go down as one of Les Bleus’ all-time great victories. French flair is a joy to watch but it’s hard to employ if they can’t ever get the ball in hand, especially tricky against an Irish side who like to keep possession. If France can get the likes of Dupont, Ntamack and Alldritt playing as they did against the All Blacks, this may be the unstoppable force facing the immovable object.

England is overrepresented on this list for two very good reasons. One, they are, we all have to accept, a very, very talented rugby side full of very, very good players. Secondly, England were, are, and always will be the scalp that every side in the Six Nations wants to take. This is the price you pay for 800 years of domestic imperialism and a total disregard for regional sovereignty.

England, however, has a home advantage. The Millennium Stadium has a reputation for being a furnace of hostility for anyone not donning a red jersey, so England will be mightily relieved that one of their most tricky fixtures will be among the familiar shores of West London. Removing Wales’ home advantage should swing the odds firmly in the hosts’ favour.

Speaking of Millennium Stadium, this might be the most fascinating clash of all. The overall record between France and Wales is strikingly even, the French claiming 47 wins and the Welsh 51 across the fixture’s history. In the last twenty years, however, a pattern of swinging momentum has emerged whereby one side takes a string of four or five wins and then so does the other. From 2012-2016, Wales won five consecutive games against the French, while the French won four on the bounce between 2009-2011, including a World Cup semi-cup final win at Eden Park, and France is now currently enjoying a three-win streak over Cymru going back to early 2020.

Games between the two sides are also almost invariably close these days as France has become resurgent as a world rugby force. From 2012-to 2016, Wales recorded victory margins of 7, 10, 21, 7 and 9. More recently, the number of points separating the sides from 2018 onwards have been 1, 5, 1, 4, 3 and 2. Whatever the result, invested fans can expect to say goodbye to their fingernails for this year’s Six Nations clash.

The French stereotype about ‘which side will turn up on the day’ that has to be arbitrarily trotted out yearly by at least five pundits per week seems to have lost its moorings in reality recently. France’s mastermind defensive coach Shaun Edwards simply doesn’t tolerate capitulations under his watch.

If ever there was a place to re-open the old cracks in the supposedly fragile French psyche, however, it would be the Millennium Stadium. Whilst the proud Welsh fans might not be as hostile towards their Gallic cousins as they would be towards their English neighbours, heading to a likely cold, damp Cardiff with approximately 70,000 passionate Welshmen urging their boys on is not conducive to champagne rugby. If the wheels come off for France, don’t be surprised if it’s in the Welsh capital.

If France are gunning for the Six Nations title at this point, they’ll be delighted to be playing on home soil. England, on the other hand, regardless of how their tournament has panned out, will be expecting to come to France to turn over one of the flashiest sides in world rugby.

England should still be considered well in the running to excel at this year’s tournament, and there’s as much chance that this could be their defining match as the French’s. As an Englishman, I’ll be hoping that the game on the 19th is in fact the men in white’s chance to wrap up a titanic grand slam victory on foreign soil against Le French. Do I believe that will be the case? Ask me on March 20th.

If we take the past three years as being more indicative of a true representation of this current French side, England has claimed three wins from five and France two, although the split is even between Six Nations wins at two apiece. Considering that France nearly felled the English in the Autumn Nations Cup Final with a team of international novices, however, should tell you that Les Bleus don’t struggle for squad depth or precocious raw talent.

Le Crunch could come down to simple game management. If Farrell returns from injury, expect him to kick tactically to keep the French pegged back in their own territory and then force mistakes by squeezing the blues with an aggressive defensive line, making dominant tackles on the first receivers and disrupting the momentum of Dupont and Ntamack. Easier said than done, of course. 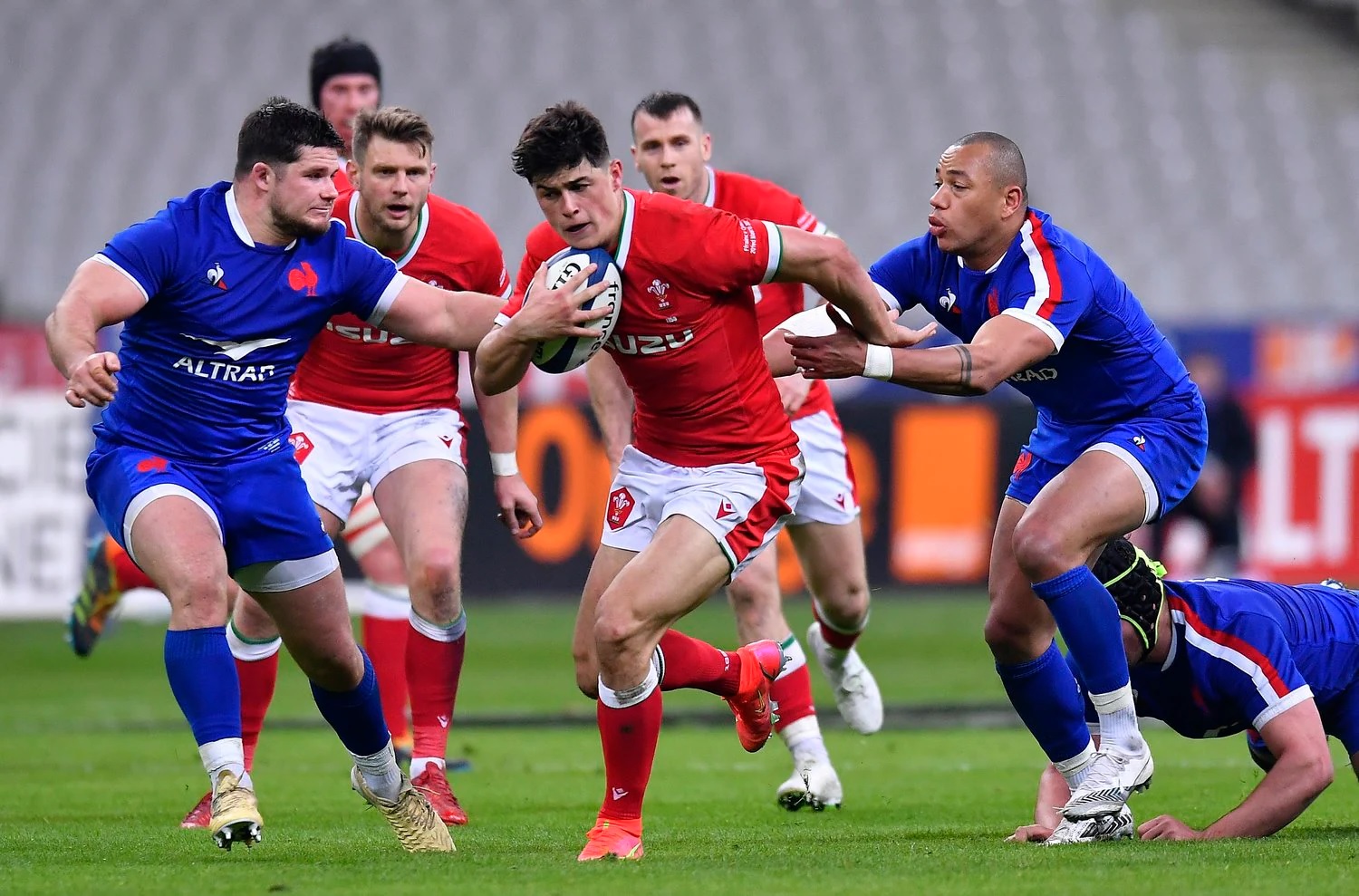