Round 1 of the 2022 Guinness Six Nations concluded in the manner that many rugby fans had expected.  A dominant Irish performance, followed by a compelling encounter at Murrayfield was complete with a comfortable French victory.

That said, the final scores alone, do not give the best reflection of the performances we witnessed.

In Dublin, an even share of possession and territory saw a more clinical and disciplined Irish side emerge comfortable victors. So much so, that a Welsh side, who was ineffective in attack and hopeless in defence, should have remained scoreless if it wasn’t for their consolation score at the end.

At Murrayfield, the visitors experienced a wealth of possession and territory, only for a sequence of questionable decision-making, brainlessness and lack of leadership from England that completely altered the outcome of the match.

Finally, in Paris, Les Blues appeared rusty and couldn’t replicate the performances of those in the Autumn. An Italian side, who frustrated the French, demonstrated encouraging signs for a positive future under new head coach, Kieran Crowley.

Reigning Six Nations champions, Wales, were feeble and powerless in their visit to the Aviva Stadium. Although the full-time possession and territory stats would suggest this could have been a close affair, it was anything but. Ireland experienced consistent front-foot ball from their big carriers that absorbed 2 to 3 Welsh tacklers at every collision.  Complementing that with rapid ruck speed, Wales were never given the opportunity to reorganise in defence, thus allowing Ireland to get over the gain-line with ease.

Ireland was electric from the off and benefitted from such playing-style when Bundee Aki was able to stroll into the corner, unopposed inside 3 minutes.  Ireland also targeted the re-positioned Josh Adams at outside-centre with great effect.  Not only was Adams vulnerable in defence but with Ireland’s delay of passing and wrap-around attacks, Wales were hesitant on whether to commit to a tackle or not.

Despite missing two penalties, Sexton’s, Ireland went into halftime with a 10-points-to-nil lead.

The narrative of the first half continued in the second.   A strike attack from the line-out stretched the Welsh defence to allow Andrew Conway to finish superbly in the corner on 44 minutes.

Wales’s struggles in attack were also pursued.  Their lacklustre attacking techniques of one-out runners were easily contained by a ferocious yet disciplined Irish defence, which forced Wales to kick away possession early on in their phase play.

Ireland’s dominance in defence and control of the game quickly began to frustrate the Welsh players.  A chip over the top with a penalty advantage (they’re first of the game), would have given Wales the chance to get a foot back into the game.  However, a moment of utter foolishness from Josh Adams, whose shoulder charge on Johnny Sexton off the ball, resulted in the penalty being reversed and him spending 10 minutes in the bin. Just 2 minutes later, Wales were made to pay as Conway had the time and space to saunter in for his second.

Even with 25 minutes left, it appeared almost inevitable that Ireland was going to win this game, and win comfortably.  But, Ringroses’s blistering pace on the hour mark confirmed the result of the game with Ireland’s try-scoring bonus point.

However, an intercept try from Taine Basham on 74 minutes was all Wales had to show from the game. Yet, a final score-line of 29-7, was far more flattering for the reigning Champions than deserved.

It was not the biblical downpour that was anticipated prior to kick-off, but the damp and difficult conditions set the narrative for embracing defence and forcing the opposition into making errors in attack.

Both sides were ferocious at the breakdown but with England controlling all the possession and territory, it was them who broke the deadlock on 16 minutes with a Marcus Smith penalty.

It didn’t take long for Scotland to make an instant reply with their first attack of the game.  Darcy Graham’s sublime break, expertly finished by debutant Ben White, put Scotland into the lead just a minute later.

England persisted with governing the possession and territory, but Scotland was content with absorbing attack after attack from an England team that opted to kick very early on in their phase play.  Even in the wider channels, England favoured kicking away possession over passing to men in space. A 32nd-minute penalty from Smith, reduced England’s deficit to a single point, only for Finn Russell to restore Scotland’s 4-point lead on the half-time whistle.

Eventually, England’s utter authority with ball-in-hand and field position took its toll on Scotland.  The first attacking chance of the second half allowed Smith to reduce England’s deficit, again, to one point.  His gliding run off the back of a bludgeoning England maul, then gave England the lead inside 53 minutes.   Another penalty on 62 minutes, extended England’s lead to a converted try.

Eleven unanswered points from England’s talented fly-half, cemented control in the game and, having not conceded a penalty in the second half, it was now theirs to lose.

However, with such a dominant third quarter display and England in the ascendancy, Eddie Jones elected to substitute Marcus Smith for George Ford.  Not only at the time did it seem a bizarre and unjustifiable decision, but on reflection, it triggered a chain of calamitous events which followed.

The first, a moment of foolishness from hooker, Luke Cowan-Dickie, resulted in him spending 10 minutes in the bin and Scotland awarded a penalty try to draw them level, on 65 minutes.

Then, on 71 minutes, Scotland took the lead owing to a lack of leadership from Eddie Jones and his men.  With Cowan-Dickie in the bin, England decided to give prop, Joe Marler the responsibility of taking the line-out on their own 5-metre line, rather than enforcing a substitution for the experienced, Jamie George to take control of the situation.

Next, with the tides now completely turned, England refused to take the chance for three points in favour of a kick to the corner. Not only did England deny themselves the opportunity to draw level but compounded this error with losing possession at the subsequent line out.

Finally, with all that had passed, England was blessed with a scrum in the middle of the pitch just inside the Scottish half.  However, 4 minutes into the red, England’s first attack from this set-piece came to nothing, as an isolated Elliot Daly was surrendered possession to allow Scotland captain, Stuart Hogg to hoof the ball out for full-time.

It took some time, but tournament favourites, France eventually got the job done against a spirited and youthful Italian side.

Perennial strugglers, Italy, who were looking to get their first Championship win since 2015 and their first-ever in Paris against France, got their campaign off to the perfect start thanks to teenage debutant, Tommaso Menoncello, who put the Azzurri into a 7-3 lead.  A superb finish off of Paolo Garbisi’s cross-field kick made him the youngster ever try-scorer since 1967.

Unfortunately, a slight moment of sloppiness from scrum-half, Stephen Varney, allowed Anthony Jelonch to get France back into the lead on 25 minutes.  Even still, Italy continued to test France and was subsequently rewarded on the half-hour mark with a penalty to regain the lead.

The first half was not the vintage France we had expected, especially after such a scintillating Autumn performance, but a well-taken catch and pass try allowed Gabin Villiere to dot down in the corner on the stroke of half-time; taking France into an 18-10 lead.

With a half-back pairing, in World Player of The Year, Antoine Dupont, and fly-half, Roman Ntamack, that had not recently played club rugby, they, as did the whole French outfit, look rusty.

Italy’s hold in the game lasted far longer than most spectators had expected, but the constant French pressure eventually took its toll on the Italians.  A fine pick-and-go from No.8, Gregory Alldritt gave Villiere the ball to beautifully weave his way through the Italian defence for his second.

However, it took until the 67th for France to secure the try-scoring bonus point.   A piercing break down the right-wing from Damien Penaud, followed by a delicate one-two between him and Dupont, set up his 14th international try for Les Bleus.

With very little to show for in the second half, Italy received a further blow to the, arguably acceptable, score-line, when Villiere dived into the corner on the 81st minute. France’s fifth and his third made him the first Frenchman since legendary winger, Vincent Clerc in 2008, to score a hat-trick in the Six Nations.

Ireland’s dominance and completeness in defence were epitomised by their discipline, in which they conceded just 6 penalties.  They continued on from where they left off in the Autumn, and there is no denying that they are an extremely well organised, powerful and disciplined team.

However, without detracting from their performance, Wales’s absence to even challenge during the game begs the question as to how much Ireland’s superiority in the game was assisted and made all the more impressive by such a dismal Welsh performance.

At Murrayfield, credit must go to the work of Steve Tandy and his men.  The questions surrounding Scotland’s defence and resilience, particularly in tight encounters, were well and truly answered.  Scotland finally demonstrated a performance that had always been their Achilles’ heel; absorbing constant opposition attack and still grinding out a win.

For England, on the other hand, their performances from the Autumn, which suggested they were beginning to evolve to a more expansive and less rehearsed play-style, were completely undone by this result.  To surrender such control and lead in a game, has resulted in the re-emergence of past criticisms regarding Eddie Jones and his players.  To their detriment, England appeared far too prescribed and Jones’s autocratic coaching style, yet again, rendered them hopeless in being able to deal with the events unfolding in front of them.

Not only have England now lost their first Six Nations game 3 years in a row, but back-to-back victories for Scotland against England for the first time since 1984, has denied them of achieving a Grand Slam in 6 years.

Although France didn’t replicate the incredible heights of their victory over the All Blacks, head coach, Fabian Galthié will be pleased to have got their campaign off to a winning start, even if they didn’t quite get out of second gear.  As content as he and France may be, however, defence coach, Sean Edwards will be far from satisfied. His side was uncharacteristically ill-disciplined, conceding 14 penalties to an Italian side that had 66.3% of their possession in their own half.  It can be guaranteed that Edwards will be immediately addressing such imprudence for when they host Ireland in Round 2.

Even though the result of this match was never in doubt, Italy’s performance demonstrated the start of what could be a promising and competitive future for Italian rugby under head coach, Kieran Crowley. 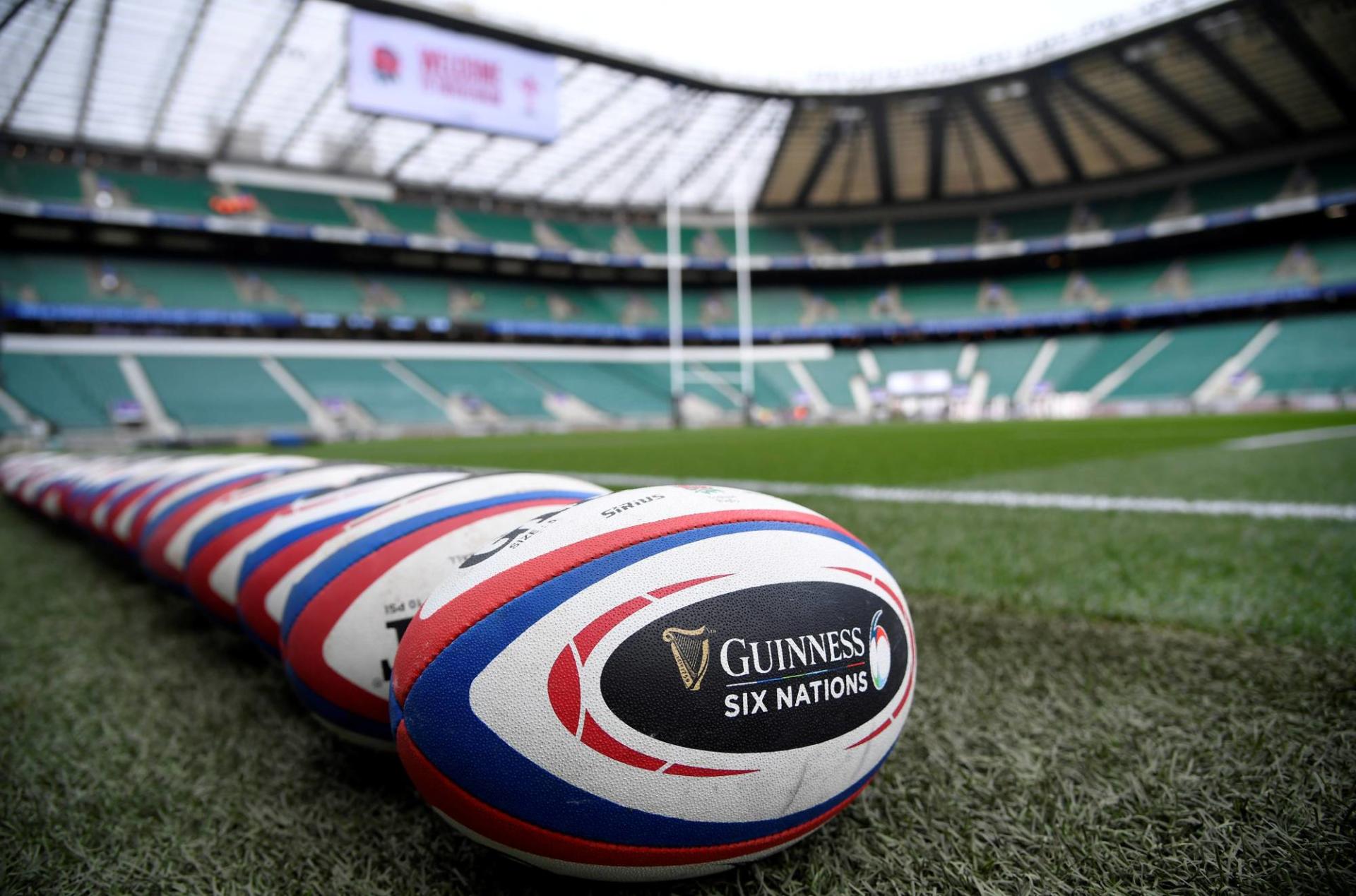