After nearly two months of play in the hub cities of Toronto and Edmonton, one more team, either the Tampa Bay Lightning or the Dallas Stars will have their bubble burst as the other emerges as the 2020 Stanley Cup Finals champions. The Stars won two games against the Lightning in the regular season, each in overtime (4-3 on December 19; 3-2 on January 27)

The Lightning representing the Eastern Conference made it to the Finals taking this route:

It will be a quick turnaround for the Lightning after an overtime win on Thursday evening against the New York Islanders.  But according to their coach, Jon Cooper, they are excited to get going when Game One starts on Saturday night in Edmonton.

This is the third appearance for the Lightning in the Stanley Cup Finals:  They won it all in 2004 but lost in 2015.  This season they are led by two outstanding forwards, Brayden Point and Nikita Kucherov. Kucherov leads the postseason with 26 points (six goals, 20 assists) in 19 games, with at least one point in 14 postseason games. Point has scored 25 points (nine goals, 16 assists) in 17 games.

Their top defenseman is Victor Hedman who has scored nine goals, most among defenseman and tied for second regardless of position. He is averaging 26:31 per game, the most of any player to reach at least the conference final.

Between the pipes, the Lightning are anchored by Andrei Vasilveskiy. He has played every minute of the postseason and is 14-5-0. Among goalies to play at least seven games, he has the best save percentage and is second in goals-against average and third in even-strength save percentage (.939).

As Tampa Bay approaches this Finals series slightly banged up after a hard-fought series with the New York Islanders.  One player of concern is Anthony Cirelli, who scored the series-clinching goal in overtime Thursday night after earlier appearing to injure his right knee in a second-period collision with an Islanders player. Cirelli returned in the third period and delivered the winner, as coach Jon Cooper described it while playing ”basically on one leg.” But the Lightning center will answer the bell when ready.

”The emotions are so high,” Cirelli said. ”We worked all year. Our goal is to be playing for the Stanley Cup. We’re here now. I think it’s every kid’s dream to be in this situation. I think we’re excited and we’re ready to go.”

On the other side of the ice are the Dallas Stars.  Here’s how they reached the Finals.

Dallas reached the Finals in back to back seasons.  They won the Cup in 1999 but lost in 2000.  They also played in the Stanley Cup Finals (1981 and 1991) twice when they were known as the Minnesota North Stars.

The Stars are led by Miro Heiskanen, who has scored 22 points (five goals, 17 assists) in 21 games to lead all defensemen in postseason scoring. Meanwhile, upfront, At forward, the Stars have been led by Jamie Benn, who has scored 18 points (eight goals, 10 assists), and Joe Pavelski and rookie Denis Gurianov, each with nine goals.

In goal, Dallas’ number one netminder is Anton Khudobin. He has played 16 straight games, starting 15. He is 11-4 in that stretch with a 2.62 goals-against average and .921 save percentage. In five games against Vegas, he was 4-1 with a 1.69 GAA, a .950 save percentage, and one shutout. It’s the first time in NHL history that the Stanley Cup Finals features two Russian starting goaltenders.

In what will be the final chapter to the most bizarre NHL season we have ever witnessed, should be a competitive series. Expect it to go to six games and the Dallas Stars will win the Stanley Cup Finals over the Tampa Bay Lightning. 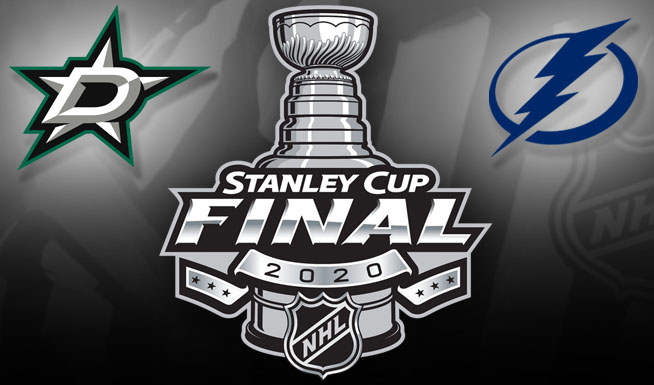