The Cleveland Browns have a team that had a ton of questions this year. They came into the game against the Bengals unsure of how they were going to get their offense going. While the Bengals aren’t at all a good defense, it’s still hard to play those divisional games and win. The AFC North is known for brutally cold weather that makes it nearly impossible to stay sharp, yet they were sharp offensively. They didn’t play a perfect game yesterday, but they sure did look great. Let’s take a look at the Browns and see what they did yesterday that could give Cleveland a team in the NFL playoffs.

Progress From Week 1 Was Made

The offensive scheme of the Cleveland Browns against the Ravens wasn’t really defined as they looked like they were smoothing out edges. They looked, played, and were sloppy against the Ravens. This could be chalked up to how they had never played a game together as an Offensive Line with two new tackles and they had injuries defensively. The Browns changed though as they scored 5 touchdowns on the Bengals. The Bengals (who are bad defensively) only gave up more than 35 points in 3 games last season. 35 points are a lot of points, and they got the job done, so these results are a product of a great offensive showing, not just the Bengals being awful.

Baker Mayfield Has Found a Groove

Baker Mayfield’s career as a starting Quarterback in the NFL was in question last night. Had he been upstaged by Joe Burrow and lost the fan base will turn. That’s why last night when he stepped up and was rolling out of the pocket throwing dimes left and right, it was a great sign. Baker Mayfield has fell in love with rollout passes, with only one mistake with that 4th quarter pick. If Baker is dropping 2 touchdowns and 200 yards a night with a 65%+ completion percentage, that’s all you could ask for. He knows he’s there to make the right throw, not to play hero ball.

Ground It and Pound It

The Cleveland Browns could run their way into the NFL playoffs as they have two RBs on pace for 1,000 yards rushing. This would be the first 1,000 yard duo since the 1985 Browns did it. The common theme with all of those teams? They all won their divisions and made the playoffs. While I don’t see the Browns touching the AFC North crown, I do see them as a playoff contender. This tandem is scary, and with Hunt being the back that goes for the long explosive plays and Chubb being the back that gets the grueling 5 yards for first downs, they are set on the ground game.

The Defense Will Sort Itself Out For the Cleveland Browns

The Browns have had defensive struggles this year with two games of 30+ points to start the year. That being said with the Browns having Olivier Vernon back and 2nd year linebacker Mack Wilson, who was a really solid player last year. The Browns won’t have a top 10 defense in the league, but it’ll be solid enough to get the job done. Their man issues lie in their secondary, and having Wilson back and your second starting corner in Greedy Williams will help out. They have a kid who has a year under his belt and can be crucial this year as he’s going to get targets with how scary Ward is as a corner.

What To Think of the Cleveland Browns

The Browns feel like a solid 9-7 team who can get into the playoffs and maybe win a playoff game. Anything beyond that is just someone giving a hot take or being a homer. This team has games against some easier opponents later down thr oad but here’s how I see the season going:

This year could be the most fun year the Browns have given their fans in a long time, but it could also be another stinker. With Stefanski at the helm and a great night for the offense, the Cleveland Browns just might get into the NFL playoffs. 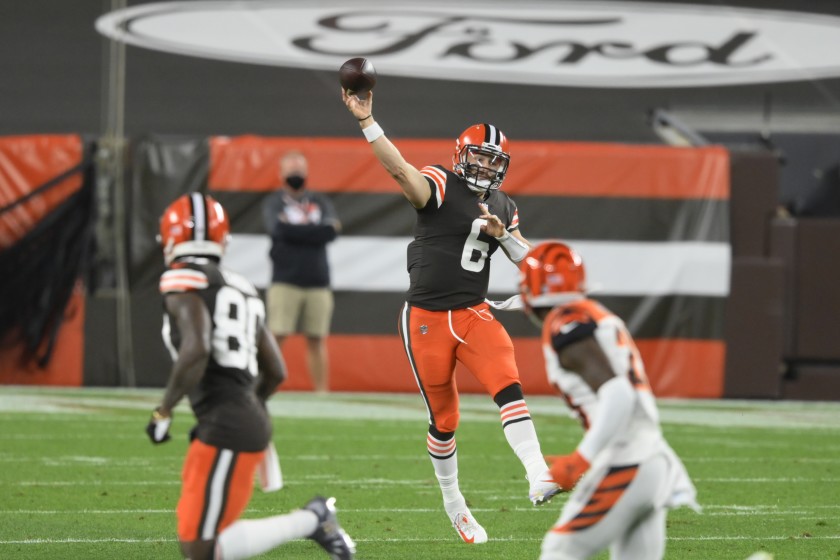