If you ask virtually anyone the world over a simple question – “What is Formula One” they will probably get the answer correct.  It’s a car race!  Even though that might be a very simple reply (a better answer would be it’s the highest class of international single-seater auto-racing!) there is another question that will probably stump them.  That question is “When did Formula One begin?”.

In order to answer the question properly we need to go back in time.  Back in the 1920s and 1930s the foundations for F1 racing were laid. However, we have to get through the Second World War in order to find its true origins.

The CSI (which stands for Commission Sportive Internationale) and shows very clearly the distinctly European roots of the competition first defined Formula One in 1946 and their definition came in to force the following year.  It was known variously as Formula A, I or 1 but in 1950 this potential confusion was cleared up when the three I (International Formulae) were officially titled – as what we know today: Formula 1, Formula 2 and Formula 3.

The formulae were originally based on pre-1939 regulations which were defined by the capacity of a vehicle’s engine capacity.  A new balance, it was hoped, would be reached supercharged and normally aspirated cars through the introduction of these new regulations.

Of course, in any sport nothing is as clear as a bell when the history goes back such a long way – in fact it’s often as clear as mud.  As such, you won’t be surprised to hear that the debate rages to this day about what should be considered the very first Formula 1 race!  Under the new regulations it would be the 1946 Turin Grand Prix which was held on the first day of September 1946.  However, that was really before the formula was in place – officially.

However, if you are Italian, you will probably claim the prize as the host of the first F1.  Step forward the Swedes, however.  The 1947 Swedish Winter Grand Prix was the first race held after the regulations were in place.  In that case, Derby born Reg Parnell was the first F1 winner giving the Northern Europeans the fame of being the first.

Ah, but there is another “but”.  The race was run on ice – well, it was Sweden after all.  As such many do not see it as a “proper” race.  So, if it wasn’t Turin and it wasn’t Sweden, where was it?

This may dismay a number of you reading this – but be still your patriotic hearts!  The third contender is France.  The 1947 Pau Grand Prix, won by Pagani, is the (albeit non-competition) event that most agree is the first F1 – as it was competed on a “proper” track.  And the car that one the first F1?

It was a Maserati. 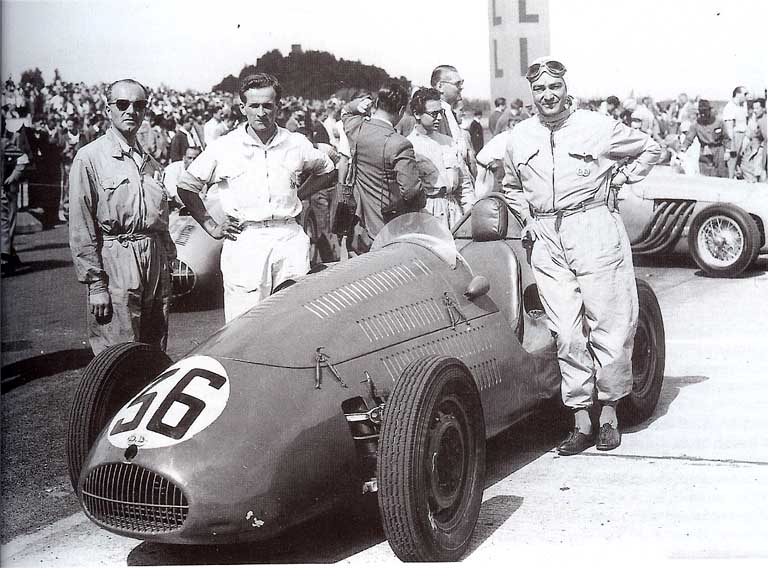