Each season the Championship brings surprises and late drama; from Troy Deeney scoring that last minute goal to Paul Caddis keeping Bolton up with the last kick of the game.
As we approach the mid-point in the Championship season, we take a look at how each team are doing and rank their performances. All views are my own. If you disagree, let me know in the comments section.

The joint lowest graded team in this ranking, the Blades got off to a terrible start this season which resulted in the departure of manager Slaviša Jokanović. Many predicted United to be challenging for the top two, but they currently find themselves sat in 13th place. New gaffer Paul Heckingbottom has enjoyed a great start to his reign with two wins in his first two games.

Play-off semi-finalists last season under Valérien Ismaël, it was always going to be a struggle for Barnsley and manager Markus Schopp to hit those heights this season. Schopp recently lost his job and new manager Poya Ashbaghi faces a tough battle in charge of a Barnsley side that are eight points from safety. The Tykes currently have one win in their last 20 games.

After finishing 8th in the Championship last season some Blues fans were optimistic for a play-off push this season. However, Cardiff went on a run of 10 games without a win including 9 defeats. This saw Mick McCarthy sacked from his job and former Millwall forward Steve Morison come in. Despite a small turn in form Morison has a lot of work to do and faces a massive game against Derby County next.

Sitting just eight points above the relegation zone, Nigel Pearson’s side have struggled this season. Having broken their 17-match winless streak at Ashton Gate at the end of October, Pearson will still need to do a lot of work to help guide his side to a top half finish.

Another mid table season looks like it’s on the cards for Preston who sit in 14th place. On the back of a poor run of results Frankie McAvoy was released from his job and former Plymouth Argyle manager Ryan Lowe has come in. He enjoyed a 2-1 victory in his first game in charge.

After finishing in 18th place last season, many Blues fans were hoping to see some improvement in Lee Bowyers first full season in charge. Birmingham are currently in 15th place and are eight points off the play offs and also the relegation zone. Goals have been the problem with top scorer Scott Hogan only on six league goals.

Following a return to the Championship for the first time since 2013, Darren Ferguson’s side face a tough challenge in remaining in the division. Currently on 19 points and 22nd in the league Posh have conceded the most goals and have the worst away record. With top scorers Jonson Clarke-Harris and Siriki Dembélé on just four goals, Ferguson will hope they can get firing and out of the relegation zone.

Having missed out on the play-offs by one position, it could be argued that Reading outperformed in the Championship last season. A mid table finish was on the cards for Reading, but following a six points deduction they find themselves just two points above the relegation zone. John Swift has been the main star for The Royals with 17 goal contributions.

The signings of Jamie Paterson and Joël Piroe have played key roles for the Swans this season with 19 goals combined, however the rest of the team have only managed seven between them. The Welsh side find themselves in 16th place and have only won seven games this season.

Another side who always seems to be consistently in the top half of the division. Gary Rowett’s side are just five points off the play-offs, but have struggled for goals recently with top scorers Jed Wallace and Tom Bradshaw only on five goals.

Having won the League One title last season, many fans were expecting a tough return to the Championship. The Tigers are on a fantastic run of form of six games unbeaten which has included four wins. Despite this, goals have been the problem for them with top scorers George Honeyman and Keane Lewis-Potter only on four goals apiece.

After finishing in 12th position last season, many Hatters fans would have been pleased with another similar season. Currently in 12th, Nathan Jones has made his side hard to beat and is getting the best out of forward Elijah Adebayo was has 10 goals this season.

The Terriers have been in and around the play-offs this season but recent form has seen them drop to 10th place. With just one win in seven and the fifth worst away record in the league, a lot of work will need to be done by Carlos Corberan to get them back on track.

A mid table finish is what many Boro fans would have been happy with and they are currently well on the road to achieving that. Newly appointed Chris Wilder sees his side just five points outside the play offs and they have only lost one of their last six games.

Having picked up points against the top three sides in the division The Seasiders have enjoyed a better-than-expected season. Neil Critchley’s side have floated around in the play-offs, but a recent run of poor results has seen them drop to 17th and they are currently without victory in seven games.

With no wins in their opening eight games, it looked like troubling times for Forest. But following the arrival of Steve Cooper his side have lost only one game in sixteen. If we were just grading Cooper’s time at Forest, they could be receiving one of the highest ranks but you cannot forget Chris Houghton’s unforgivable start.

It was never going to be easy for Wayne Rooney and his Derby side to overturn a 21-point deduction but they have had a really good crack at it. Having managed 25 points and conceded the joint fourth fewest goals they have made themselves very difficult to beat and have picked up points against the top two sides.

The Potters have enjoyed a solid season and some would argue that they have gone under the radar. They currently find themselves in 6th place and recently enjoyed a 2-0 victory over play-off rivals QPR.

A couple weeks ago Valérien Ismaël’s side would have got a lower grade than a B+. They are currently unbeaten at home and have conceded the fewest goals in the division. Following one victory in November fans were left frustrated with how Albion were playing, but a recent turn in form has seen them move three points off the top two.

Similar to Fulham, Scott Parker’s Bournemouth enjoyed a fantastic start to the season and were one of the favourites for promotion. Dominic Solanke has found his goal scoring touch with 17 goals, but they are without a win in five games and have had plenty of opportunities to leapfrog Fulham at the top of the table.

Despite being top of the Championship and the top scorers in the league, you would think Fulham would be receiving an A+ grade. However, their recent form has dropped off and no wins in four sees their lead reduced.

One of the surprise packages this season, Coventry have enjoyed a fantastic start to the Championship and are just one place outside the play-offs. Mark Robins side have the third best home record and his two front men, Matt Godden and Viktor Gyökeres, are scoring plenty of goals.

Manager Mark Warburton has seen his side do better than many predicted. QPR currently find themselves in the play-offs position with a game in hand and have only lost one of their last seven games. Goals have been coming from all the attacking players and we could see QPR make a late push for the automatics.

The highest ranked side in this grading, Tony Mowbary has worked wonders with Rovers this season and sees his side comfortably in a play-off position. They have only lost two home games this season and have got Ben Brereton Díaz firing in the goals. On the back of an impressive 2-0 win against Bournemouth they will have their eyes set on the automatic positions.

It will be interesting to see where these teams are ranked at the end of the season. 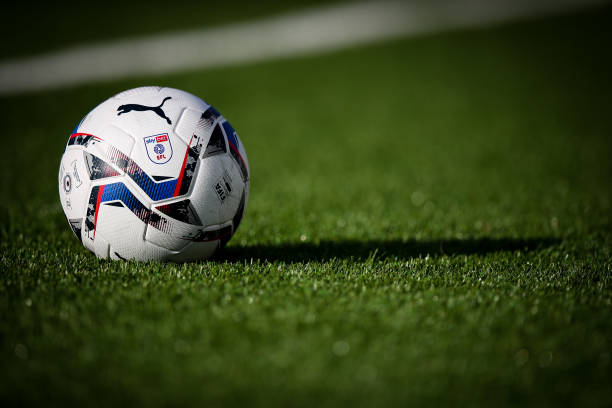