Here is how they fought their way back into the Premier League:

Leeds got success in the league in late 1990s, and ultimately reached the semi-finals of the 2000–01 Champions League.

Their level of spending money on transfer fees and players’ wages had exceeded all other clubs, and the club’s debt level rose annually from £9m to £21m, £39m, £82m and peaked at around £119m.

After the club failed to qualify for the 2002–03 Champions League by only finishing fifth in the Premier League, they had to make drastic savings by selling players as they could no longer sustain the debt repayments, which relied on the ticket sales and television income from the European competition.

At the end of the 2003–04 FA Premier League season, Leeds United were relegated to the Football League Championship. After 14 years in the top flight, and a title in 1992, Leeds found themselves back in the second tier.

With one game to go in the 2006–07 season,the effects of financial problems continued.

The club voluntarily entered administration, incurring a 10-point league penalty, resulting in relegation to League One. It was the first time the club had ever been in the third tier of English football.

Subsequent breaches of financial rules in the summer nearly resulted in the club being expelled from the Football League altogether, but they were ultimately re-admitted with a 15-point penalty deduction to apply to the 2007–08 season. Despite further appeals, the penalty deduction stood and cost the club promotion that season.

Leeds United back in Championship:

In 2008/09 season Leeds could only manage to finish fourth after the boss McAllister departed in the mid-season. Simon Grayson led them into the play-offs but on this occasion they were knocked out by Millwall in the semi-finals.

In 2009/10 – Leeds lost just one of their opening 24 league games, and were able to knock Manchester United out of the FA Cup at Old Trafford and took Tottenham to a replay.

They wobbled in the run-in before promotion was secured on the final day against Bristol Rovers, despite going a goal down and having Max Gradel sent off.

Leeds emerged victorious with a 2-1 win on May 8, 2010, and were back in the Championship. It was their first promotion in 20 years.

2017/18 saw the end of the turmoil of the Cellino years, but no more success on the pitch.

Andrea Radrizzani took over the club and appointed Thomas Christiansen.

Six wins and two draws from their first nine games took Leeds to top of the Championship, but momentum quickly disappeared and Christiansen was sacked in February 2018 after a 4-1 defeat at home to Cardiff.

Paul Heckingbottom was appointed, as he left local rivals Barnsley, but he only managed four wins throughout their final 16 games of the season before also being dismissed. Again, Leeds finished 13th.

Marcelo Bielsa: The man who revolutionized the fortunes of Leeds United.

‘El Loco‘ – the managerial influence of the likes of Pep Guardiola and Mauricio Pochettino arrived at Elland Road. Leeds welcomed him with open arms. His impact was immediate.

Leeds looked determined for promotion and were in position for the top two with as little as four games to go – as they led Sheffield United in third place by three points.

A shock defeat at home to 10-man Wigan on matchday 43, however, saw them implode and they collected just a point from their final four games.

They went into the play-offs as the favourites, and even beat old adversaries, Derby County in the away leg of their semi-final 1-0 but a chaotic second leg at Elland Road saw them crash to a 4-2 defeat and out.

Bielsa stayed, a couple of crucial signings were made and the determination to go one better was right there from the beginning.

There have been a couple of wobbly moments, but Leeds dropped no lower than fifth all season, and were permanently in the top two from mid-November onwards.

Finally, in mid-July, they got the job done with two games to spare, and even managed to seal a first league trophy in 30 years by being crowned champions.

The determination and indomitable zeal for winning the Championship and head back to the Premier League have made it possible for Leeds to fulfill their dreams.

This is truly inspiring and emotional for the fans in the football world. The fans are ecstatic and delighted with their team’s performance.

After 16 years away. Leeds United are back in the Premier League. 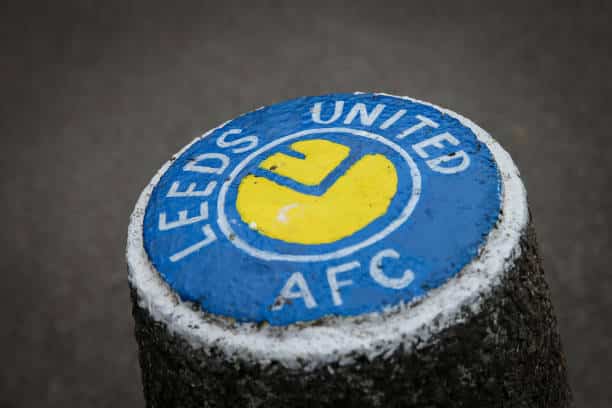 2 thoughts on “Leeds United: Rise from the Ashes”