As we witnessed the final whistle blow on Sunday, not only did the Crusaders pull off a hard grit come from behind win on the road versus The Highlanders, they also claimed the inaugural Super Rugby Aotearoa title. Without any doubts, The Crusaders franchise has dominated the competition and successfully won the tournament with a match to spare.

What turned out to be the shortened version of the annual SANZAR Super Rugby tournament, due to the Covid-19 pandemic, the 10-time Super Rugby Champions added yet another trophy to their ever-growing cabinet.

With that being said, there are numerous pointers worth mentioning, as to how Scott Robertson’s squad successfully dominated The New Zealand domestic competition:

First off, there are plenty of bold attributes that come to mind when we think of the name, Scott Robertson. He is undoubtedly the most successful Crusaders Head Coach who has yet to underachieve at the franchise. Since taking on the role of Head Coach of the Christchurch side, Robertson has yet to fail at any Super Rugby tournament to date. He successfully won his maiden season in 2017, defended his crown in 2018, completed a hat-trick tournament victory in 2019 and has now taken the Super Rugby Aotearoa in 2020. With a flawless Super Rugby campaign record to date, can we list Scott Robertson amongst one of the best rugby coaches in the world currently?

In a team sport, rugby never fails to remind us that teamwork makes the dream work. However, the class of 2020 has plenty of key players who stand out and were instrumental towards their success in their Super Rugby Aotearoa campaign.

From the mobile pack, featuring experienced players notably; Codie Taylor, Sam Whitelock, Joe Moody and Tom Sanders. Their dominance at set-pieces and upfront gave their elusive running back the ideal platform to execute pure grit running rugby. Whereas the backline, which on paper caused plenty of fear with experienced skilful players such as; Will Jordan (leading try-scorer), Sevu Reece, George Bridge, Jack Goodhue and Richie Mo’unga (highest points scorer), made this team the complete package. As the majority of The Crusaders players are capped and All Blacks regulars, is this New Zealand side the best team in the world at present?

While we continue to gather pieces as to what is the key to the Crusaders’ title completion, behind the majority of great sporting sides, consistency is vital towards any team’s success. From the clear cut goals given by the coaching staff to the target-driven players, there are minimal changes to the same side who lifted The Super Rugby Tournament back in 2017. With a total of 10 players this past weekend who also happened to be in that victorious side back in 2017, The Crusaders have been fortunate to retain their key players for the last 4 seasons under Coach Robertson.

As previously mentioned, this pool of Crusaders players has annihilated their opposition for the last 4 rugby seasons. There’s plenty of acknowledgment to be mentioned on their pool of players who have become a force in the rugby world.

This current side are the tournament’s leaders in scoring a total of 27 tries; they have the highest clean breaks, most meters carried, and the highest defenders beaten with the most offloads. In terms of the stats, there is a clear understanding as to why this side dominated Super Rugby Aotearoa, yet The Crusaders also succeeded in being one of the most disciplined sides, only conceding two yellow cards during the whole tournament.

As we head into a brand new week of rugby this coming weekend, we will get the chance to see the ultimate tournament finale. The Crusaders head down to Auckland to challenge the tournament’s second-placers, The Blues. What may seem like a lost cause for the runners-up side, doesn’t come without the knowledge that there will be plenty of camaraderie between the two sides, guaranteeing an entertaining encounter for all this final weekend of Super Rugby Aotearoa 2020.

What are your thoughts on witnessing yet another Crusaders triumph? Are they the best side in the world in 2020? Let us know in the comments below and be sure to follow us on @worldinsport for more rugby-related news! 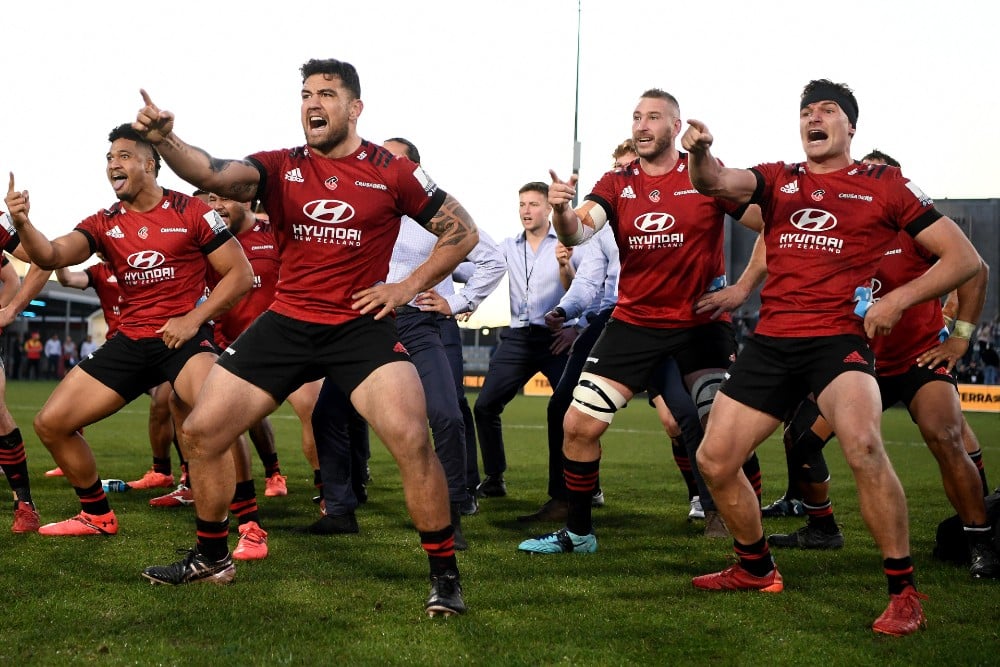