The Indiana Pacers have had a weird season, as despite their superstar in Victor Oladipo being injured, they’ve held the 5th seed down. They’re a team that’s been sneaky good defensively as they’re 6th in the NBA in defensive rating. They only are 18th on offensive rating and overall 13th in Net Rating. Most people disregard this team because they aren’t the Lakers, Clippers, or Bucks. I am not of this mindset that you need to be a really well known to be a good team, and that the Pacers could make the Eastern Conference Finals this year.

Pacers Have An Elite Lineup

The Pacers now have their rotation set, as they have one of the best starting 5s in all of basketball. Assuming Domantas Sabonis is back for the playoffs, they’re slept on as a starting 5. Their starters in the last 2 seasons have put up these averages:

This starting 5 has 4 guys who can reliably score, and while their defensive stats aren’t posted here, they’re good defensively. Sabonis, Turner, and Oladipo are a lethal defensive unit, and this lineup doesn’t get any love. I’d take this starting 5 over Miami, and they can go toe to toe with anyone.

Solid Depth Off of the Bench

The Pacers will miss Jeremy Lamb who was a solid scorer off of the bench, but they still have some solid depth. Justin Holiday, Aaron Holiday, Doug McDermott, and T.J. McConnell are great options off of the bench and the numbers prove it:

With these 4 guys coming off of the bench you have a playmaker in T.J. McConnell, and the other 3 are all right around 40% shooters from 3 in 2019. This team has the depth, has the lineup, has the defense, and if they can get going, they might be a real upset team.

Having To Upset Teams To win

Do I think they win the East? No the favorite has to be the Bucks, but they can definitely beat Miami realistically. They could beat the Heat in a 7 game set if they are healthy as Oladipo being ready gives them a chance. Having your star two-way guard can help you win a big series. The Indiana Pacers have a tough task though. You have the Miami Heat, the Bucks most likely in round 2, who could easily crush the Pacers. If the Pacers shoot and get Turner and Sabonis on Giannis though? They can at least make it a fight. They’re the underdog every step of the way, but don’t count the Indiana Pacers out of the East. 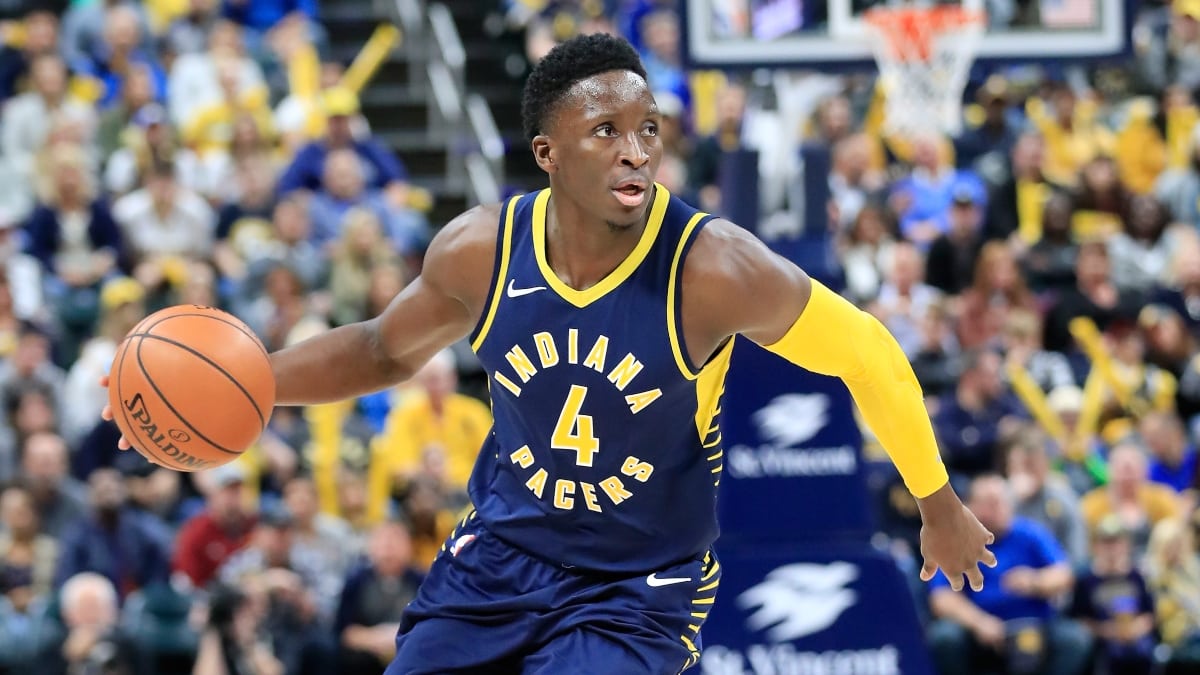