Harvick dominated Saturday’s race at Michigan, sweeping both stages on his way to his fifth win of the season. The Stewart-Haas driver, who started in third place, took the lead for the first time on lap 23 and led a race-high 92 laps.

Even though he clearly had the fastest car on Saturday afternoon, Harvick lost the lead several times on restarts, with Chase Elliott and Kyle Busch managing to overtake the 2014 champion on different occasions. Harvick was always able to retake the lead though, having done that for the final time on lap 148, taking the air off the rear of Busch’s car. Harvick still had to survive an overtime restart, fending off Brad Keselowski to win at Michigan for the fourth time in his career.

Keselowski, winner of the previous Cup race at New Hampshire, finished second, ahead of Martin Truex Jr, who rebounded from a flat tire during stage one to end up in third place. Even though he led 27 laps in stage two, Ryan Blaney could only finish fourth, with Kyle Busch coming home fifth. Denny Hamlin made it three Joe Gibbs Toyotas in the top six, in front of Chase Elliott and polesitter Joey Logano. Despite leading early on, the Team Penske driver didn’t have a fast-enough car to battle for the win. Bubba Wallace scored his fourth top ten finish of the season by finishing ninth, in front of Kurt Busch.

The first race of the weekend was the first points race to feature the “choose rule”, that allows drivers to choose in which lane they restart after a caution (previously only the leader had the right to choose). Introduced at the All-Star race, it was also used on Sunday and will be a part of every race until the end of the season, except at road courses, Daytona and Talladega.

Even though he started outside of the top ten on Sunday, Harvick still won the second race of the weekend, holding off Denny Hamlin in a thrilling finish.

The active driver with the most wins at Michigan took his time to get to the front, taking the lead on lap 48. Harvick dominated stage two, but fell back to fourth at the start of the final stage. However, the Stewart-Haas driver benefited from a crash that took out Penske teammates Brad Keselowski and Ryan Blaney, who tangled while battling for first.

Harvick retook the lead at the next restart and always looked to be in control. Nevertheless, he still had to survive a late challenge from Denny Hamlin, who, despite gaining some time in the final laps, was never able to make a move. Not only was this Harvick’s second win of the weekend, but it was also his fifth career win at Michigan and the fourth in the past five races at the track.

Hamlin had to settle for second, finishing in front of Martin Truex Jr, who came home third for the second day in a row. Kyle Busch had another strong day, ending up fourth. After his teammates crashed out while battling for the lead, Joey Logano was the only Penske driver left in the race, with the 2018 champion finishing in fifth. Aric Almirola was sixth, ahead of Matt DiBenedetto, Austin Dillon, Chase Elliott and Kurt Busch.

Polesitter Clint Bowyer won stage one but only finished 14th, after having to pit under green in the final stage due to a tire rub. Bowyer is still comfortable in the battle to make the playoffs, while seven-time champion Jimmie Johnson remains below the cutline with only four races left in the regular season. 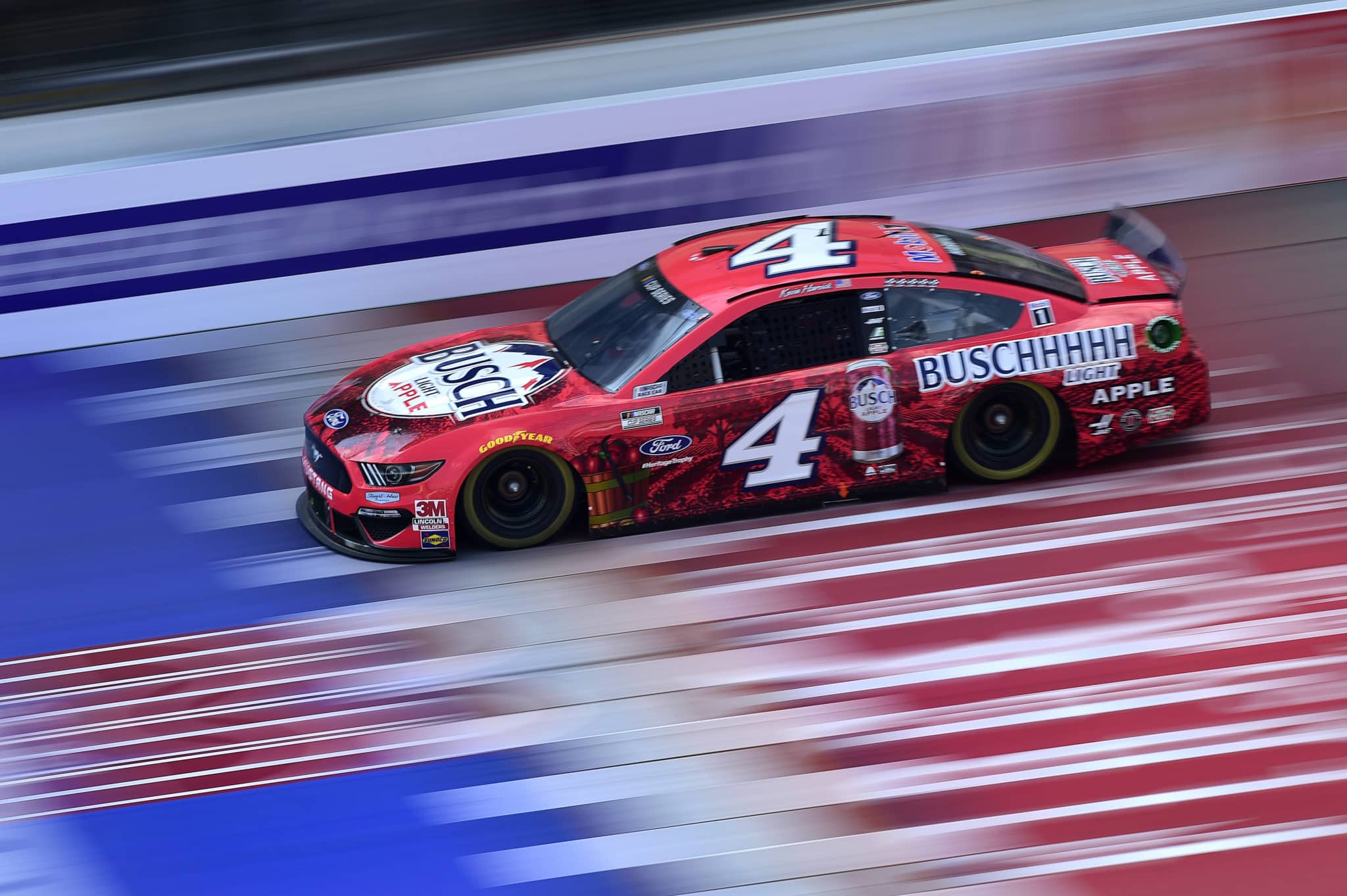