Texas A&M has been fined $100,000 by the Southeastern Conference for violating the policy on fans entering the field of play, it was announced Monday.

Aggies fans stormed Kyle Field in College Station after kicker Seth Small’s 28-yard field goal sealed a 41-38 upset win over then-No. 1 Alabama on Saturday night. The kick split the uprights just as the clock hit zero and prompted an onslaught of fans to spill onto the field.

In a statement, the SEC said this was A&M’s second offense of the policy after fans also entered the field in 2018 following a seven-overtime win over then-No.7 LSU. At the time, the school was fined $50,000 and was warned that future offenses would double the fine.

According to the conference’s policy, if A&M fans were to storm the field again, the fine would be bumped up to $250,000.

Earlier this season, the SEC fined Kentucky $250,000 for storming the field after its win over Florida. It was the Wildcats’ third violation of the policy since 2014.

According to the SEC, “For the safety of participants and spectators alike, at no time before, during or after a contest shall spectators be permitted to enter the competition area. It is the responsibility of each member institution to implement procedures to ensure compliance with this policy.”

A&M doesn’t mind paying the fine, considering the implications of the victory. The Aggies became the first unranked team to defeat a Nick Saban-led Alabama squad in 101 games, a streak dating to 2007.

The fines levied by the conference are deposited into the SEC Post-Graduate Scholarship Fund. It’s a fund Texas A&M, which is now ranked No. 21 in the latest Associated Press poll, likely would enjoy contributing to again if it can continue to pull off big wins like that at home.

The Aggies re-entered the Associated Press top 25 at No. 21 following the upset, while the Crimson Tide dropped from first to fifth.

He fulfilled that promise in his first try since that vow Saturday night, handing the defending national champions their first loss since 2019 in a thrilling upset.

“Our team beat a really good football team … and that’s what’s important to me,” Fisher said.

The victory came on Fisher’s 56th birthday and is certainly Texas A&M’s biggest win since Fisher took over in 2018.

Texas A&M also ended Alabama’s streak of 100 wins over unranked teams, dating to a win over Colorado in the 2007 Independence Bowl to cap Saban’s first season.

A&M sophomore quarterback Zach Calzada played his best game of the season against the Aggies’ toughest opponent to date, completing 21 of 31 passes against Alabama for 285 yards and three touchdowns to go with an interception.

Their next game is against the Missouri Tigers on Oct 16th. After playing at Missouri, the Aggies host South Carolina on Oct 23rd before having Halloween weekend off. They then host Auburn on Nov 6th before playing at Mississippi on Nov 13th. 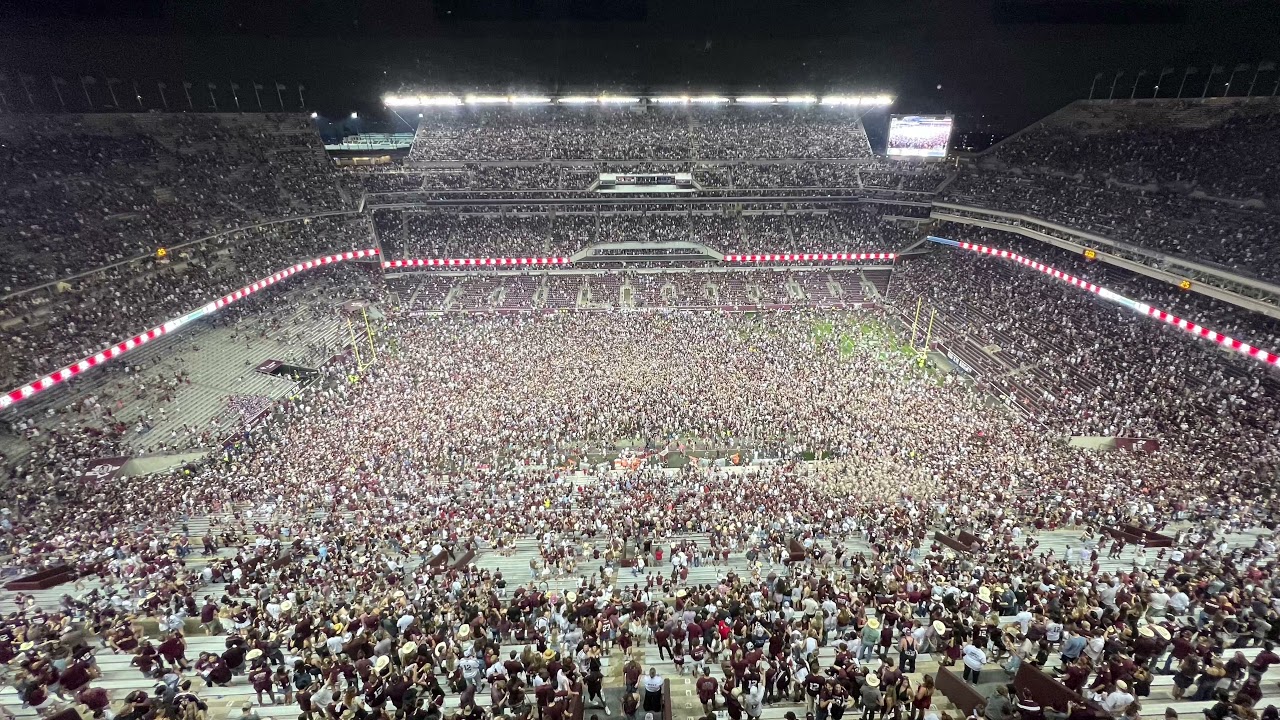