Thibaut Courtois has accused football governing bodies such as UEFA of prioritising money over the welfare of players, who he feels are being treated like “robots”.

The Real Madrid goalkeeper played in both of Belgium’s Nations League games during the current international break.

This includes Sunday’s third-place play-off with Italy, which sparked the 29-year-old’s criticism.

“This game is just a money game, we have to be honest about it,” he told Sky Sports.

“We just play it because for UEFA it is extra money and it is an extra game on TV.”

Forwards Eden Hazard and Romelu Lukaku were two of the absentees for Sunday’s game – which Italy won 2-1 – with players suffering from muscular problems after featuring in the semi-final loss to France three days earlier.

“This just shows that we play too many games,” Courtois continued. “Next year we have a World Cup in November, we maybe have to play until the latter stages of June again. We will get injured and nobody cares about the players anymore.

“After a long season we will have to play four games in the Nations League again, we will have two weeks’ holiday and that’s not enough for players to be able to continue playing 12 months at the highest level.

“If we never say anything it will always be the same. They (UEFA) can be angry about other teams making a Super League but they don’t care about the players, they just care about their pockets.”

UEFA told BBC Sport: “The Nations League has not increased the overall number of matches played by national teams. It is played on dates of the international match calendar.

“Its introduction was meant to support national team football with meaningful, balanced and exciting matches at all levels, which has actually happened thanks to the fact all teams have objectives to achieve in the competition.

“UEFA does not keep any of the revenues from the Nations League, which are entirely redistributed to its national associations. These revenues fund the organisation and promotion of football all over Europe.”

In addition to his comments about UEFA, Courtois also commented on FIFA’s proposition of a World Cup every two years.

“You hear that they want to put a European Championship and a World Cup every year,” “When will we get a rest? Never.”

“So in the end top players will get injured all the time and that’s the end of it. It’s something that should be much better and better-taken care of. We’re not robots.”

The plans to overhaul the international calendar have been devised by FIFA’s head of global development Arsene Wenger, with the aim of having major tournaments every summer and fewer qualifying games during the year.

UEFA has already expressed its opposition to the biennial finals along with fans’ groups, although FIFA has stressed the proposal is part of an ongoing consultation process with all stakeholders from member associations through to fans’ groups. 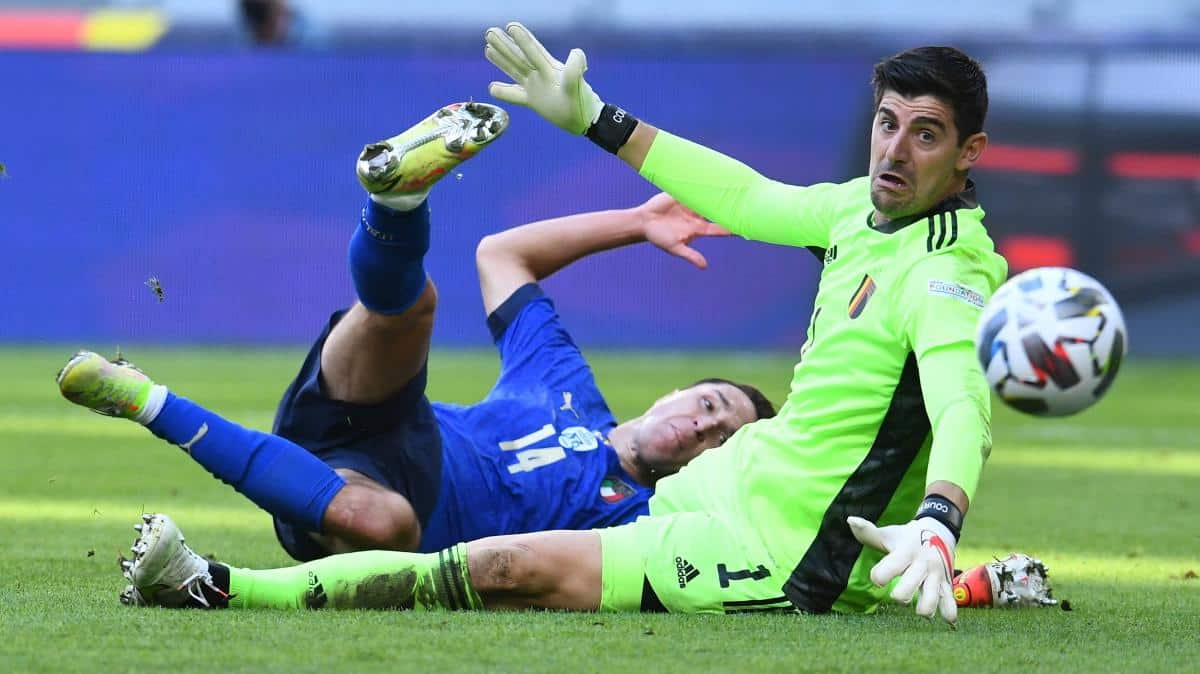